Where the wild things swim

Get yourself a free front-row seat to the greatest shoal on earth this winter, along the southern coastline of South Africa 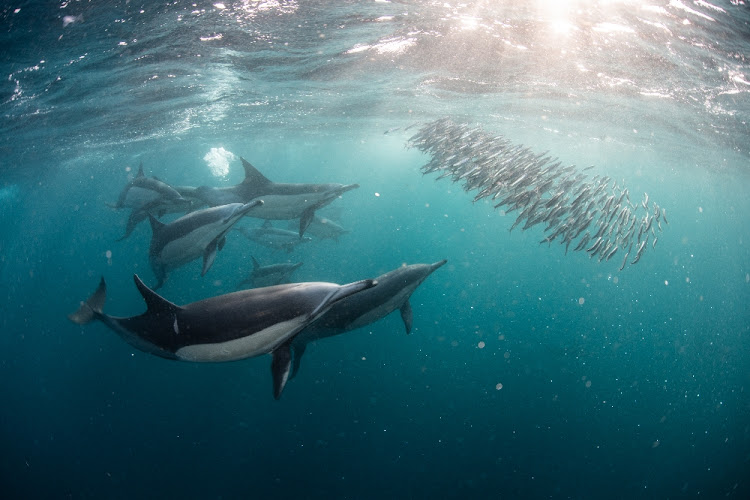 It’s been dubbed the ‘greatest shoal on earth’ due to the sheer number of animals. From the air, it resembles a vast oil slick, a nebulous underwater cloud of life. For those with a penchant for blowing bubbles beneath the waves, it is the ultimate bucket list item, while others simply marvel at one of the world’s most remarkable mass migrations.

Each winter, from May to July, the southern coastline of SA boils with life as billions of sardines make their way north in a frantic effort to spawn. They are following a current of cold water flowing close inshore, swimming towards Mozambique as they’re pursued by, seemingly, every predator with an appetite.

“It’s a smorgasbord of food moving up the coastline,” explains Walter Bernardis from African Watersports, who led the Oceans Without Borders Marine Migration Expedition for andBeyond last year. “Obviously that attracts a lot of predators. It’s one of the only places in the world where you can dive and watch natural predation like you do on the Discovery channel.”

Zip-lining has never been so thrilling in SA

Cape gannets drop like missiles from above, while super-pods of common dolphins tear through from the side. Sharks — dusky and copper to start — bare their teeth at the hapless sardines as divers do their best to stay out of the way. Humpback whales migrate along the coastline at this time, but it is nimble (for a whale) Bryde’s whales that offer the most impressive spectacle for spectators, often swallowing an entire bait ball in a single mouthful.

It’s a visceral experience and one that has become a wildlife highlight of South African seas, attracting divers and nature lovers from across the globe. But for lucky locals, it’s right on the proverbial doorstep.

But ‘where’ you go to enjoy the show will depend on the ‘when’. The sardines begin running from Gqeberha and East London in May, moving towards KwaZulu-Natal over the next eight weeks. Dive operators tend to base themselves in the Eastern Cape, offering easy access to the passing piscine parade, and boats launch through the surf off Chintsa beach and Mbotyi, or out of the river mouth at Port St Johns. 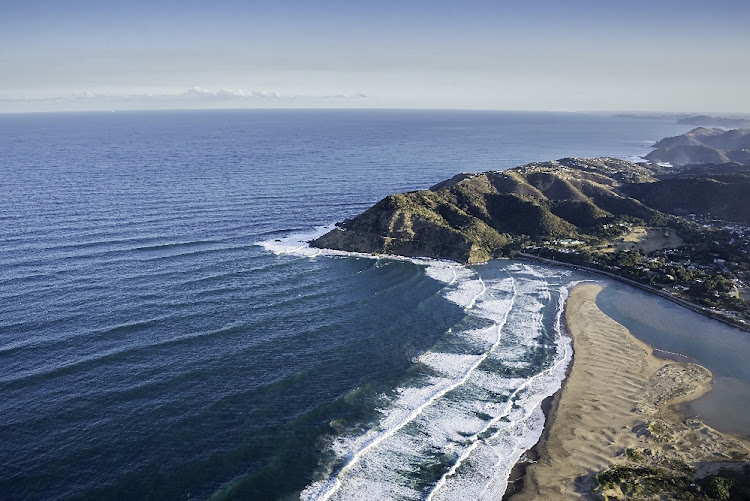 “While the sardines do run as far up as KwaZulu-Natal, the Eastern Cape is where you have the highest chance of seeing the predators, especially dolphins and gannets,” explains Nicki Gibson, owner of Blue Ocean Dive Resort in Umkomaas, which offers seven- and 13-day packages out of Port St Johns for experiencing the Sardine Run.

Days out on the ocean run to a similar schedule, with early-morning launches hitting the open seas before 8am in search of bait balls and their attendant predators. When a bait ball of sardines is located, usually by spotting the flurry of activity on the surface, the boat slows down in the vicinity of the fish and the divemaster hops overboard to decide if conditions are safe. 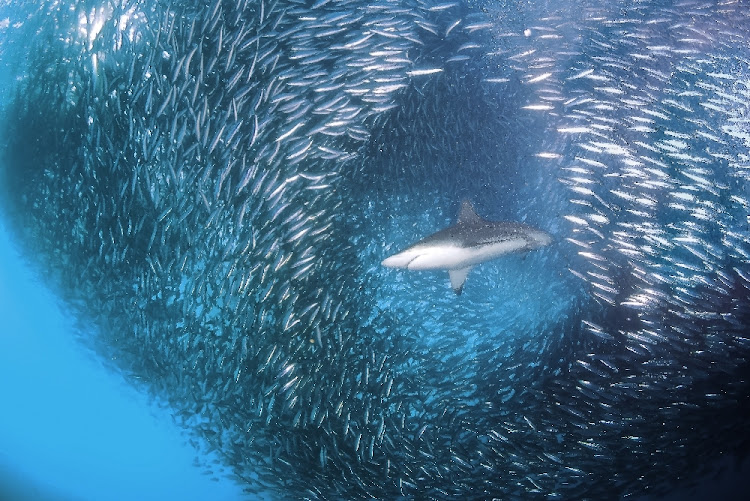 “If it’s a sporadic bait ball, or on the move, then clients will simply hop in and snorkel for as long as the fish remain in the area. But if it’s a static bait ball they’ll gear up and go in on scuba, and can be in the water for hours,” says Gibson.

And with so much of the action on the surface, as gannets dive-bomb from above and sharks scythe through bait balls of fish from below, you don’t need to be an experienced scuba diver to claim a front-row seat to the ‘greatest shoal’. You will, however, need to be comfortable in the water when there’s plenty of predator action on the go. And with boats spending up to seven hours at sea each day you’ll be grateful for a sturdy pair of sea legs.

If that’s not you, book a room and take your binoculars to the beachfront lodges at Mbotyi or Umngazi. Or, aim for a July visit to southern KwaZulu-Natal to see the action from shore. Scan the seas for diving gannets or head to the beaches where local seine netters haul shoals ashore. It’s a free front-row seat to the greatest shoal on earth this winter.

uMfulaWozi: a peaceful haven for travellers needing to reset

The Cellars-Hohenort Hotel offers an elegant escape blending fine food, stylish suites and a dash of history
Travel
2 months ago

Fine wine made in the suburbs of Joburg

Part of the charm of Gerakaris Family Wines is the hands-on nature of the operation
Travel
2 months ago
Next Article
© Wanted 2022 - If you would like to reproduce this article please email us.