South Africans looking for an offshore hedge flock to Mauritius

It offers virtually no crime, a growing economy, a low tax rate, and zero forex controls. And, well, it’s a tropical paradise… 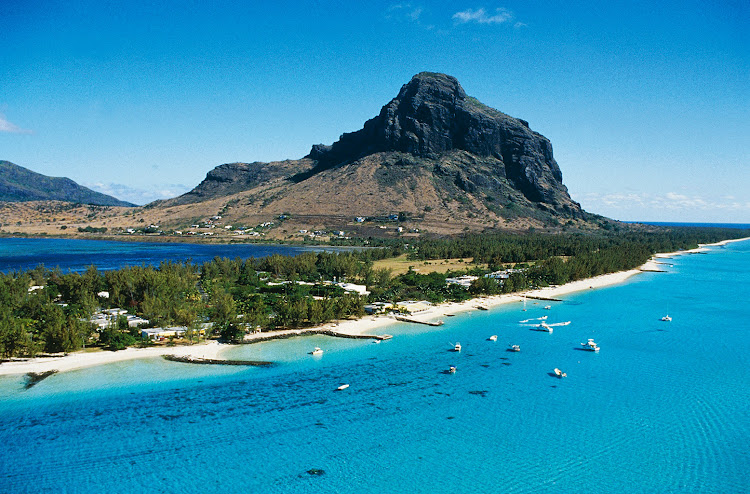 A decade ago, most South Africans viewed the Indian Ocean island of Mauritius as nothing more than the quintessential getaway destination for newlyweds. How times have changed. In recent years, the once-sleepy island has transformed itself into a major investment hub, following the introduction of bold, investor-friendly policies and various tax incentives. In fact, earlier this year, Mauritius pipped South Africa to the post when it bagged the World Bank accolade as the best country in Africa in which to do business.

And Mauritius is now also the richest African country per capita by far, with an average wealth per person of $33,000, according to New World Wealth. That’s more than double South Africa’s $12,900. The international research firm says the total wealth held in Mauritius (expats included) has risen 195% in dollar terms over the 10 years ending in 2017, making it the fastest-growing wealth market in Africa and one of the top three in the world.

The Mauritian government recently also tweaked its real-estate-investment legislation, which allows foreigners to qualify for residency if they buy property on the island for more than $500,000 (about R7.15-million). Moreover, property developments open to foreigners are typically priced in US dollars or euros, providing South African buyers an attractive hard-currency hedge against an ailing rand.

Croatia or Iceland? Scouting around for off-grid boltholes

Real-estate players who operate on the island report a surge in interest among South Africans looking to relocate to Mauritius. “We have seen a dramatic escalation over the past 12 months in interest from South African families with young children, as well as older couples looking to reside on the island,” says Richard Haller, director of Pam Golding Properties Mauritius.

The reason for this appears to be two-fold. Firstly, the fast pace at which the island’s economy is developing has created increased demand for skilled professionals, luring more young South African families to Mauritius for work opportunities. Secondly, an appetite among South Africans to diversify their rand-based portfolios through a property investment in Mauritius has gained momentum.

Figures from the Mauritian Economic Development Board show that up to 2016, South African investors represented 27% of all foreign property buyers, with the French at 50% and the remainder from other countries. Based on the recent spike in property sales to South African investors, Haller suspects that the South African proportion is now closer to 35%. “Buying property in Mauritius is a good all-round investment, as it offers diversification benefits to those heavily invested in South Africa, as well as permanent residency for the buyer, their spouse, and children aged under 24 years,” Haller says.

He adds buyers who don’t relocate to the island typically plan to use the property for holidays and later, when they retire, as an offshore bolthole for a few months a year. Most of the real-estate activity continues to be centred around Grand Baie on the north coast and Black River on the west coast. Haller notes that properties in these two areas typically sell for the equivalent of from R4-million to R30-million. He adds: “Both areas have good infrastructure, are close to schools, restaurants, shops, and medical care, and offer a sense of community.”

Pietersen says the government recently amended legislation to make it easier for foreigners to buy property in terms of its Property Development Scheme. The island also offers increased choice in terms of the number and type of property developments open to foreign buyers.

However, there are limited opportunities to invest in prime seafront resorts, which means early buyers are assured of good capital growth. Pietersen notes that South Africans who bought properties in newly developed projects five years ago have already seen average price growth of 30% to 40%. Many also earn a rental return on their properties — from long-term leases to expats or short-term holiday rentals, given the island’s popularity as a year-round tourist destination. South African buyers qualify for mortgage funding in Mauritius at interest rates of between 7% and 9%. But you need to put down a hefty 40% cash deposit.

Industry players cite a favourable tax regime and rapidly developing financial services, information technology, and manufacturing sectors as other reasons why more South Africans are flocking to the island’s sunny shores. The personal-income and corporate-tax rate (VAT too) is fixed at a maximum 15%. That’s attractive compared to South Africa’s personal income and corporate tax rate of 45% and 28%, respectively.

There are no foreign-exchange controls or capital-gains tax when you sell your assets, and dividends are tax-free. It is also quick and easy to establish a new business on the island and there is no minimum capital requirement for the incorporation of a company. So it’s not surprising that more South African companies that do business in the rest of Africa or offshore are relocating their head offices to Mauritius.

Bronwyn Corbett on the pros and cons of living in Mauritius

The CEO of African-focused Grit Real Estate, her husband, and two daughters, relocated to Mauritius two years ago. She tells us...
Travel
1 year ago

Many companies are also choosing the Stock Exchange of Mauritius (SEM) for a primary or dual listing. JSE-listed African-focused property company Grit Real Estate is a case in point. The company manages a R10-billion portfolio of retail, office, industrial, and residential properties across Mozambique, Zambia, Morocco, Kenya, Botswana, and Ghana. It also owns stakes in three Beachcomber hotels and the Tamassa Resort in Mauritius.

South African-born chartered accountant and Grit CEO Bronwyn Corbett relocated 12 South African staff members and their families to Mauritius about two years ago, following a dual listing on the SEM. “We investigated numerous options outside South Africa for our new headquarters, including London. But we chose Mauritius, given the deal flow opportunities on the island, as well as its open-sky policies, which make travel to Africa, the Middle East, and Europe a relatively easy process,” Corbett says. “The easy, outdoor lifestyle on offer was, of course, also a consideration.”

Sometimes a holiday on someone else’s island simply isn’t good enough. If you have Richard Branson-style dreams, perhaps it’s time to look into ...
Travel
3 years ago

Exploring the four corners of Mauritius in four days