Biking Bandits invigorate the love of cycling in black communities

With a little serendipity and a whole lot of love, three enthusiasts are spreading the joy of cycling with their urban riding movement 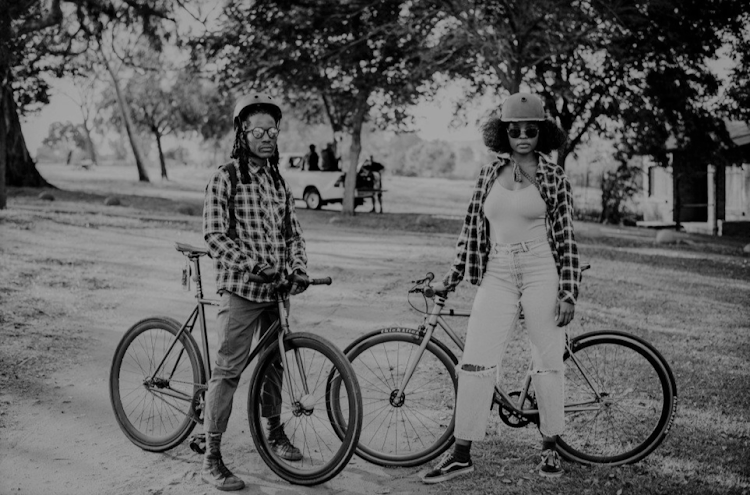 There’s a moment during every cycle ride when the sun strikes your shoulders, the breeze hits your face with the smell of greenery and your heart fills with a sensation of pure joy. That’s the feeling Titi Mashele, Tebogo Galagala and Tsatsi Rantsatsi have tried to capture with their urban cycling movement, Biking Bandits.

“As adults, we seldom get to experience joy,” muses Mashele.

That’s why he loves it — it brings to mind the freedom he enjoyed cycling with cousin Rantsatsi  and their “crew” as they rode their BMXs around Soweto’s streets on Saturday visits to their grandmother. “It was a feeling of complete liberation. As a child you never really go further than a few metres from your house, but once you’re on your bike, you can go anywhere.”

Hunting for the ultimate bike-friendly jeans

Kojo Baffoe takes a look at four of some of the best bike-friendly jeans
Cars, boats & planes
1 month ago

Then came the teenage years and the love of riding was slowly replaced by a passion for rollerblading. The bike, now broken, languished in a cupboard under the stairs and cycling became less of a pleasure than a functional activity. As Rantsatsi says, it may have been fun to BMX around the hood, but in the suburbs, cycling wasn’t a leisure activity — it was a way for people with no other mode of transport to reach their jobs.

A movement is born

It wasn’t until Thesis Lifestyle launched urban events that the perception of cycling started to change in black communities. This was around 2014, Mashele recalls: “All of a sudden, we were seeing a rise in disposable income among black youth.” This coincided rather neatly with the growing popularity of Instagram, which meant that the vanguard of the creative economy whose posts — typically featuring anything from fashion to music — had a platform which persuaded a new generation that cycling was the new cool. 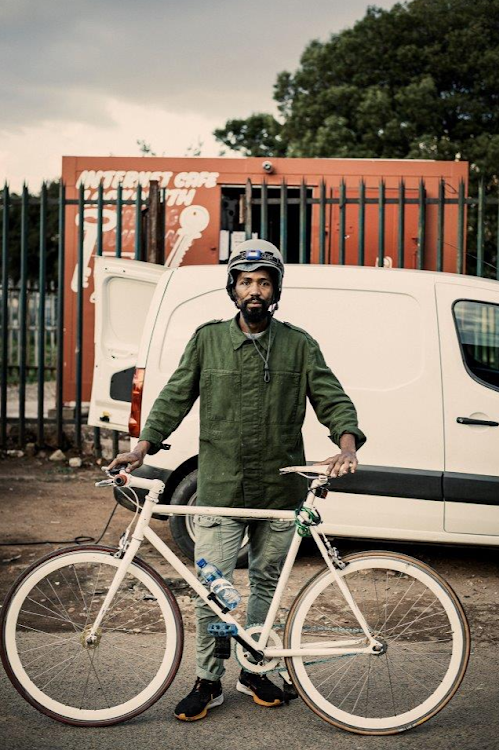 Biking crews such as Fixin Diaries, Bicycle Stokvel, Two Wheel Gang and Insta Bike Rides took to their saddles in venues around the city, often riding the custom bikes made for them by Kutlwano Malefane and Emile Kruger of Whippet Cycles — guardians of the movement.

But, just as suddenly as it started, the movement died. “I remember Wandile Zondo from Thesis Lifestyle saying that it'd been nothing more than a wave, and had gone as far as it could go. The leaders had done the events, they’d done the fashion, and now they were growing up. With nothing more to achieve, urban cycling shut down,” Mashele says.

Mashele and Rantsatsi may have had their interest piqued, but for the time being that was as far as they were prepared to go, too.

Real life had started: for Rantsatsi, that meant a job selling insurance, while Mashele took up studies in transport — not out of any great love of the industry, but because he was awarded a bursary from the University of Limpopo and, with a single mom to think of, that meant a lot.

Ironically, the idea for Biking Bandits has its genesis in those lectures about the legislation governing roads and infrastructure — or, as Rantsatsi (a strong believer in the power of serendipity) excitedly puts it: “This is where the dots started to connect!” Having investigated non-motorised transport options, Mashele's entrepreneurial brain — a legacy from his grandmother, who used to sell crisps from her home — was ticking.

And so, “out of the blue”, Rantsatsi received a call from his cousin, urging him to consider bike sharing as a new shared business venture. 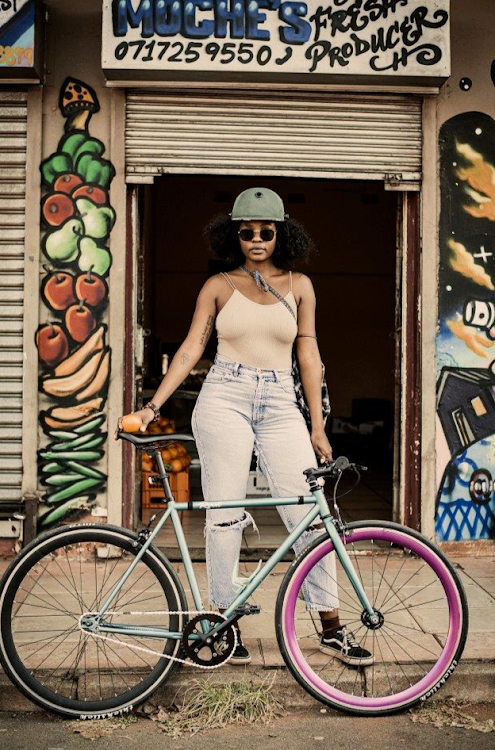 This wasn’t the first time the cousins had joined forces: they were the team behind Authentic Sundays, Soweto’s largest hip hop event, and had even established a clothing label, Bone 84. But, as exciting as the idea of bike sharing was, it simply didn’t seem to have legs. Though several small initiatives had been piloted around the country, none met with any significant amount of success.

“Bikes just didn’t have any appeal. This was around the time when Parks Tau, then mayor of Joburg, created bike lanes around the city, but there was very little take-up. I guess no-one liked the idea of wearing Lycra to work,” Mashele says.

All the same, their love of cycling had been rekindled — and by the time Kutlwano, pioneer of the first urban cycling movement, built Mashele a new bike, it was ready to burst into flames. He took part in his first 947 Ride Joburg cycle race, and was gifted another bike by a friend — and, he says, “I started to see the dream.”

Biking Bandits had a slow start, Mashele admits: “I had one crew member: Tsatsi!” he laughs. In truth, there were a few more people involved in the crew, which had their first ride in November in 2020, departing from Soweto restaurant Native Rebels.

They tried to encourage more members by spreading the word over Instagram, but Biking Bandits was still slow to gain traction. Mashele and Rantsatsi kept their enthusiasm alive by riding Mangrove, a 12km ride through Braamfontein, but they found that it didn’t have the same feeling as cycling through the hood.

We’ve emerged from the pandemic with a keen sense of the value of community, and Biking Bandits taps into that

Fast forward one year, and cycling was enjoying a rebirth. Cycling shops were booming as people relished this new way to enjoy the outdoors and, says Mashele, “this is where the story starts to get funny”.

“In February 2021 I was riding back from Mangrove when I saw this bike sticking out of Thesis’s Orlando store. I wanted to chat to the owner, and that’s how I came to meet Tebogo.”

The two formed an instant bond over their shared enthusiasm: while Galagala wanted to put his mechanic skills to the test by setting up a bike shop, Mashele simply wanted to share his passion with more people. Mashele invited Galagala to join him on the next Mangrove cycle — and the next step was the first Biking Bandits night ride.

“The funny thing was that Tebogo had also been hanging around Native Rebels — there’s that sense of serendipity again — although our paths had never crossed. So when Lebo Kgoadi from Native Rebels suggested we bring back night rides, it felt like it was meant to be,” Mashele says.

The experience he and Rantsatsi had developed by hosting their events came in handy, as did their immersion in cycling culture. It meant that Biking Bandits’ rides weren’t just about bikes — they were about community.

One of the things that cemented that community from the outset were the crew’s bikes — customised in “crazy colours” that brought a sense of fun to each event.

Will e-motorcycles ever fully take over the market?

Living and commuting in a city like Johannesburg, you need the grunt and growl so that you don’t get sideswiped
Cars, boats & planes
5 months ago

And now, with a growing sense of identity, the events started to grow: “We were riding three or four days a week,” Rantsatsi said.

In addition to taking over the well known Critical Mass events, the trio host regular Homies Night Rides, which took on a character all of their own: the level of difficulty changes according to who's attending, and the rides draw a diverse crowd of around 20 to 40 people, many of whom are repeat riders.

“We’ve seen all kinds of people attend, from youth pastors, to people in creative industries, from Afrikaans girls, to young black guys from the hood. They love it because, in the words of one girl, there’s no need to wear tights. It’s a safe space where everyone is welcome — we all feel like we’ve found each other,” Mashele says.

Though Biking Bandits was never about business, Mashele and Galagala saw their dream of opening their own bike shop come true when they stumbled across an unused building in Maboneng. Biking Bandits crew members aren’t the kind of people who get their bikes fixed at established cycle stores, Rantsatsi says, mainly because they can’t afford to. Often they’d barter to get hold of the accessories they required — and it was important to Mashele, Rantsatsi and Galagala that this unique spirit should remain intact.

They succeeded: by March this year their store was flourishing, thought of more as a base for the community than a retail outlet. Flourishing so much that when Decathlon’s Bryanston store managerwas told about Biking Bandits, he offered them a space in the store. And so, from a dream, to a movement, Biking Bandits has now become a job-creating business. 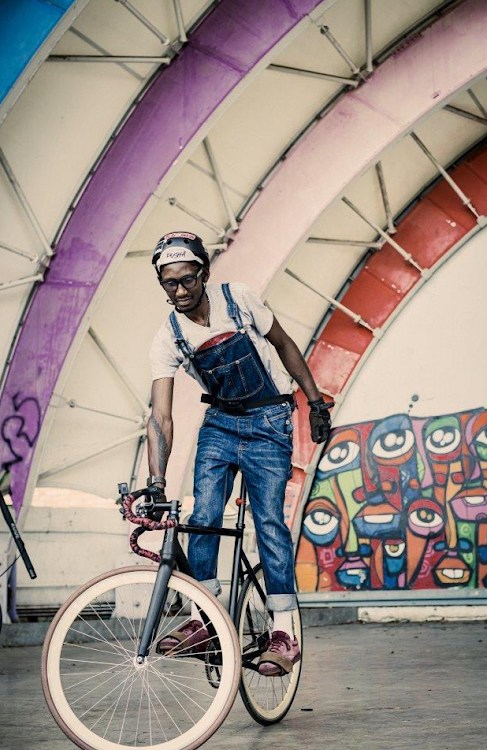 Tebogo Galagala getting ready for a ride.
Image: December Mokganye. 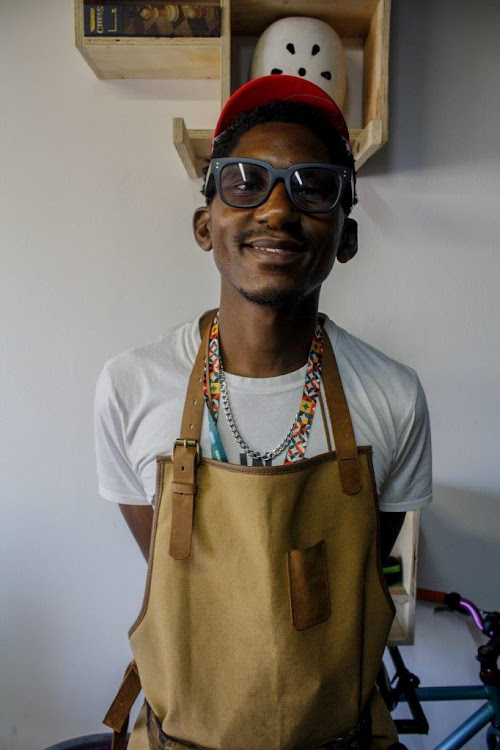 Are the cousins concerned their movement will lose momentum, just like the first wave of urban cycling? “Not at all: We’ve emerged from the pandemic with a keen sense of the value of community, and Biking Bandits taps into that,” says Mashele. Add to this the dynamics of the green economy which sees people trying to reduce their carbon footprint and the need to get more cars off the road, and the argument in favour of biking stands firm.

The crew plans to capitalise on this by creating more safe spaces to encourage greater participation from female riders, and maintaining engagement with the community, encouraging them to try out new riding formats. For example, have they considered riding in the Cradle of Humankind — why not start now?

“We never thought that we’d end up here — no black guy grows up imagining they’d own a bike shop. But we’re living our dream,” Mashele concludes.

E-bike revolution: Why you should consider e-biking as a seriously cool lifestyle

E-bikes can amplify the cycling experience — consider it an investment in your health and happiness
Cars, boats & planes
1 year ago

Biking mad: Cycling has bewitched SA, are you one of the obsessed?

Wanted investigates the biking landscape before you hit the road or spend (more) bucks
Cars, boats & planes
2 years ago

Pinarello’s Tour De France favourite has just undergone another facelift, and is lighter, stronger, and more versatile than ever
Cars, boats & planes
5 years ago