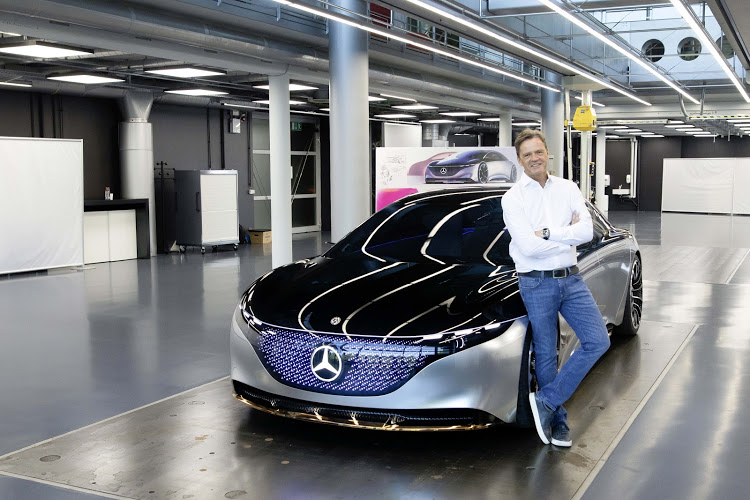 Markus Schäfer, member of the board of management of Daimler responsible for group research and Mercedes-Benz cars development, with the Vision EQS concept.
Image: Supplied / Business Day

I was supposed to be sat in a room behind a glitzy stand in Geneva, but instead I’m in my study on the phone to the big boss of Mercedes-Benz research & development, Markus Schäfer. I can’t see if his PR minders are giving him that look that says “don’t answer that, but if you do, make sure it’s the proper corporate line”. I can’t read his body language to decide whether to change the direction of the conversation. It’s not been the usual Geneva motor show.

But it’s also not the usual conversations, at least not in a traditional sense. It’s clear that while it might be 94 years since the first official Mercedes-Benz vehicles appeared, in some ways Merc is starting again. Yes, it has decades of experience making cars, but as Schäfer points out, after years of what he calls stellar performance, the company is “going into a new period with new architectures”.

He is talking about the switch to electric vehicles (EV) and the ramp-up in production of its first EV, the EQC, while its next, the EQA, undergoes testing.

“The start-up is not driven by production, but by batteries and components,” he tells us. “We had to learn. Ramping up battery plants is definitely a major challenge.” The company still has a target to build 50,000 EQC models in 2020, but that seems optimistic.

“I don’t have a crystal ball. We can only secure the supply chain,” he says. That supply chain is also being affected by Covid-19 as suppliers in China deal with the effect of the virus. Like most carmakers, Mercedes relies on components coming from China.

The effect is being felt across the automotive industry, but it’s also an industry more efficient than before thanks to a reduction in the number of platforms. Asked if this means struggling models such as the luxury SL can be revived, Schäfer says the SL will return on a brand-new platform, but will say no more.

What he will say, though, is that creating new models is easier than it used to be. This is mainly thanks to the Mercedes Development System, which shortens times to market. It still starts with an initial design that is turned into a full-size clay model, but from there it all goes digital. He says a model can stay in the digital world with multiple types of simulation for a long time; even the paint processes can be assessed virtually. This all saves time and money before a prototype is actually produced and physical testing begins.

He is adamant that major change is coming, even acknowledging the potential demise of the internal combustion engine, saying the primary propulsion will be electric.

In the meantime, though, the focus is very much on 48V mild-hybrid and plug-in hybrid (PHEV) models, with the company unveiling a raft of new PHEV derivatives recently. The company’s latest four-cylinder is another example of modularity, able to be used for both petrol and diesel engines and combined with some form of hybrid technology. 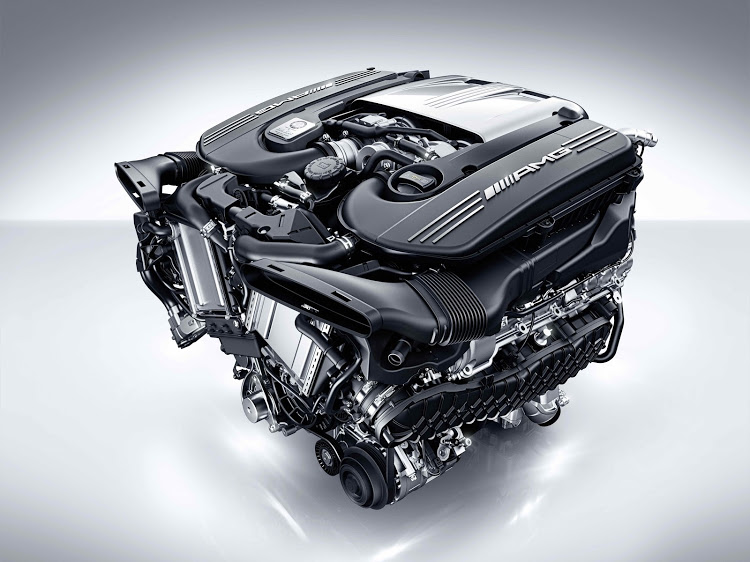 But is the end in sight for the famous AMG V8? While it might appear that a grave is being prepared for the combustion engine in some European countries, Schäfer is quick to point out that they supply vehicles to a global market with different requirements.

“The plan is not to kick engines out as long as customer demand is there,” he told us. “But we have to see what happens with Euro 7.” It is likely that we will see more consolidation, though.

The conversation returns to electric and the development of the EQA undergoing its final winter testing. Can we expect to see more compact models off the same architecture?

“The EQA platform is able to accommodate flexibility in battery size,” he says. “We’ll have to see what the customer demands.”

Legislation in many countries is definitely pushing carmakers to produce more EVs, but it seems that Schäfer still feels the customer has a big say in what will happen and what Mercedes-Benz will create. Whether there will be enough voices to keep the V8 around is anyone’s guess, but it seems that for Mercedes at least, the customer is still king.

Mark Smyth chats to him about technical sculptures, the 765LT and future models
Cars, boats & planes
2 years ago

Only 12 customers will get to experience this coach built GT from Bentley’s Mulliner division
Cars, boats & planes
2 years ago

New initiative is a continuation of the Concept 4 shown in 2019
Cars, boats & planes
2 years ago