Mark Smyth chats to him about technical sculptures, the 765LT and future models 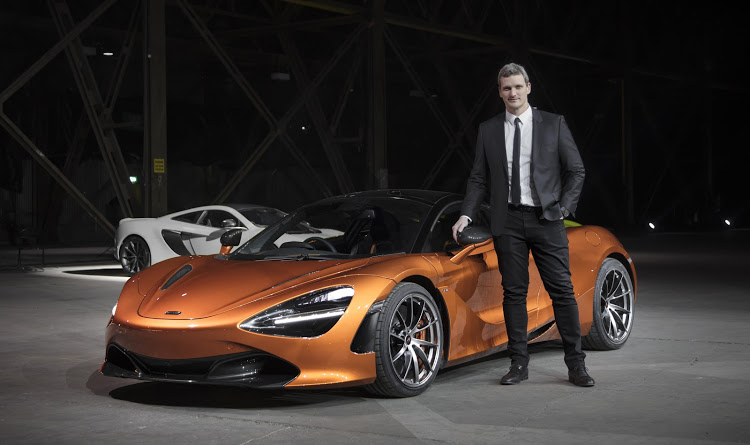 The McLaren 720S was the first car the company launched after Rob Melville become its director of design.
Image: Supplied

Frank Stephenson is a legend in automotive design. In his career he penned the new Mini while head of design at BMW, where he was also responsible for the X5.

At Ferrari he designed the F430 and then at Fiat, the reborn 500. Then he went to McLaren Automotive where he penned its first model, the MP4-12C among others. Those are some very big shoes to fill and the man doing so is Rob Melville, now design director for McLaren.

Melville joined the company in 2009, becoming the chief designer in 2015 and director of design in 2017 when Stephenson left McLaren. In his early years with the company he was involved in the design of the P1 hypercar.

His latest reveal is the 765LT, a car which continues with the same principles he uses for any other model. These include that it must be stunning to look at, but it must be a technical sculpture. In other words, everything must be there for a reason.

That’s true of the 765LT, which he says takes “a supercar (the 720S) that’s in a tracksuit and make it ready for race day". There are a lot of aerodynamic appendages on the car, but they are all functional, to help the car to achieve that sprint to 100km/h time of 2.8 seconds and to create enough downforce and lift reduction to keep things stable at the top speed of 330km/h.

One section of the car that he says he is most proud of is the rear, an area which is describes as being the most challenging.

“I’m really proud of the way we executed the rear wing,” says Melville. It’s taller in the outer areas but lower in the middle to provide a sliver of rear visibility for the driver without compromising on downforce properties. 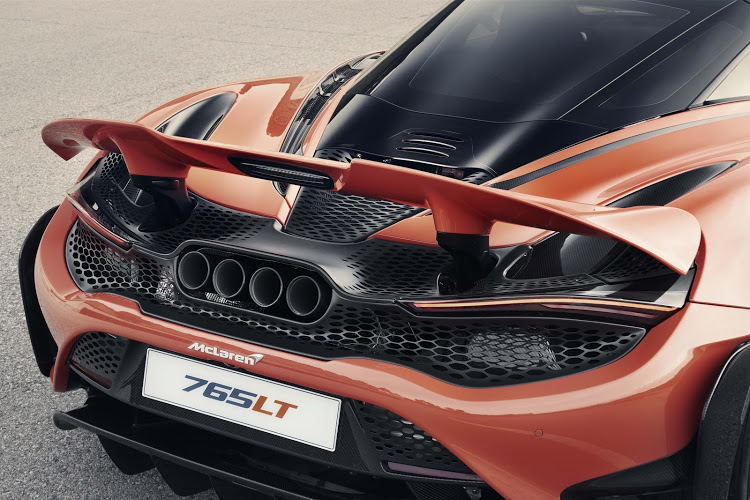 One of the elements of the new 765LT Melville is most proud of is the rear.
Image: Supplied

These are all elements he understands more than some designers. His dad and his brother are both mechanical engineers and it’s helped him to appreciate and understand the challenges faced by his engineering colleagues at McLaren.

In 2019 the company launched more new models than ever before, so just how busy is Melville right now?

“It’s a passion you live, breathe, sleep. I get carried away sometimes by what I’m doing,” he told us. He also has to be a visionary, looking ahead up to 20 years at not just the design and society trends, but potential engineering developments too.

“There are more big questions today,” he says, adding that the switch to alternative drivetrains is not a trend, it’s a movement. But is it all about electric vehicles (EV)?

“I’m not mentioning EV on purpose. EV might not be the only solution. There are other alternatives.” We tried, but Melville would not say what alternatives he and the McLaren engineers might be looking at, but he says the company does have a roadmap. It outlines what the showroom could look like in 20 years' time, but then he has a different roadmap that looks at another way it could look.

To cater for a shift in technology or design, Melville says he designs package space to accommodate different technologies. He then gives it to the engineering teams. He does point out though that some of the challenges might not appear directly relevant to the brand, but reflect differing views of what the world might be in the future.

What about that SUV that McLaren said it won’t do? “On SUV, I’d like to keep an open mind. If we did do one, it doesn’t mean it would be a great big box"

Nothing is clear-cut it when looking so far ahead. “It’s kind of fluffy at the moment,” he says.

The same is true of car interiors. We are seeing more and more technology, particularly when it comes to screens, but Melville says his guiding principle remains one of tailored luxury for the brand. He warns against overdoing it, pointing out that in the 1980s hi-fi systems all had spectrum analysers, lots of buttons and lots of lights. However, the best sound and the best experience came from the simple, higher end audio equipment that often required rotating just one solid-feeling dial.

He suggests there actually might be no screens in the future. Instead we will interact with projections and colours that appear only when we need them.

Bringing it back to the more immediate future, what would Melville like to create? He answered with a vague “there are many things I would like to see us do”. In other words he’s already working on some interesting new projects he can’t talk about.

What about that SUV that McLaren said it won’t do, at least until CEO Mike Flewitt told us in 2019: “It would be a foolish guy who said never ever ever, but not in the next five or 10 years would be my view.”

“On SUV, I’d like to keep an open mind,” says Melville. “If we did do one, it doesn’t mean it would be a great big box.”

I think we can safely assume that Melville has one or two McLaren SUV designs hidden in his desk drawer. It could be many years until we see any of them put into production but, in the meantime, expect lots more from McLaren in the next few years as this still relatively young company continues to grow.

Only 12 customers will get to experience this coach built GT from Bentley’s Mulliner division
Cars, boats & planes
1 year ago

New initiative is a continuation of the Concept 4 shown in 2019
Cars, boats & planes
1 year ago