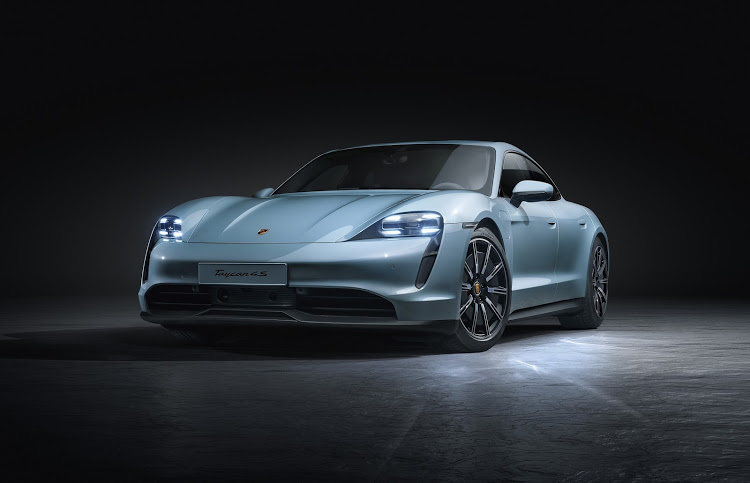 The new electric sports car from Porsche premiered in September with the Turbo and Turbo S models. Now, the automaker has unveiled the third version of its zero-emission sports saloon with the introduction of the Taycan 4S.

The Taycan Turbo produces 500kW of power, while the Turbo S delivers 560kW (neither of these cars actually has a turbo but Porsche has stuck to its traditional naming conventions).

Like its Taycan stablemates, the baseline 4S has two electric motors on the front and rear axles making the car all-wheel drive, and to deal with varying driving conditions all versions come standard with adaptive air suspension and electronic damper control.

Distinguishing features of the Taycan 4S compared with the Turbo and Turbo S include its aerodynamically optimised 19-inch Taycan S Aero wheels and red-painted brake calipers. LED headlights including Porsche Dynamic Light System Plus (PDLS Plus) are standard.

The cockpit signals the start of a new era with its architecture. The free-standing, curved instrument cluster includes a 28cm infotainment display and an optional passenger display combined to form an integrated glass band in a black-panel look.

As standard, the Taycan 4S comes with a partial leather interior, as well as front seats with eight-way electrical adjustment. In the Taycan, Porsche offers a leather-free interior for the first time, with the use of recycled materials which underscore the sustainable concept of the electric sports car.

Local deliveries of the Porsche Taycan range will start in the latter half of 2020.

The carbon-fibre speedster is the latest fruit of the Aston Martin/Red Bull collaboration
Cars, boats & planes
3 years ago

The EXP 100 GT: Bentley's electric car of the future

Luxury gets a dose of AI and electric power in the Bentley GT of the future, writes Denis Droppa
Cars, boats & planes
3 years ago