Volkswagen's new Touareg is nothing short of a class act 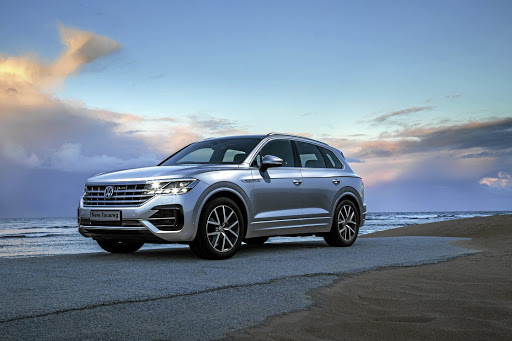 Volkswagen’s Touareg SUV has always been something of a nondescript entity, a vehicle with the right substance underneath, but all cloaked under a veil of vanilla-like styling. It, however, never quite achieved the appeal of its Porsche Cayenne cousin, which continues to share the Touareg’s underpinnings.

Enter the third generation model, which shares most of its underpinnings (MLBevo platform) with the newly launched Porsche Cayenne, Lamborghini Urus, Audi Q7 and the Bentley Bentayga to name a few.

Using more lightweight aluminium in its construction has seen the new Touareg shed 106kg of weight, endowing it with a new-found lightness and dynamism, but more about that a bit later. What remains a standout feature of the new model, in my view, is its new-found design mojo. Granted, it might not be everyone’s cup of tea, but it is anything but nonchalant and got its fair share of attention during our test tenure.

Mark Smyth was one of the first in the world to put the Rolls-Royce of SUVs to the test
Cars, boats & planes
2 years ago

Thanks to its large chrome grille and squared off headlights, there’s an element of assertiveness to the new Touareg. Vehicles ahead of you voluntarily give way to let you through, such is the vehicle’s menacing visage. On test here is the flagship Executive model, which comes standard with the sportier R-Line package that adds some spicy bits to the recipe such as 20-inch alloy wheels, a more pronounced front valance and rear boot spoiler.

The cabin, meanwhile, is a blend of tech and minimalism thanks in part to the extra large infotainment screen that encompasses most cabin functions. This optional Innovision Cockpit has the screen angled towards the driver and flanked by the instrument cluster to create a seamless integration of the two. 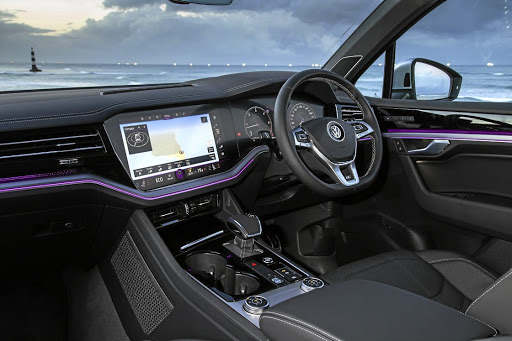 Overall space for passenger quarters is generous while the boot space at 810l can swallow a fair amount of luggage even in standard configuration, while folding the rear seats forward expands it to 1,800l.

Powering the Touareg is the company’s tried and tested 3.0l V6 turbo diesel that now pushes out 190kW and 600Nm through an eight-speed automatic gearbox to the 4Motion all-wheel drive system. The powerplant is silky smooth in its operation and, allied with the equally smooth gearbox, creates a seamless wave of power and torque delivery right through the gears. There are various driving modes available ranging from Eco to Sport to Off-road and Snow at a turn of a rotary dial or via the infotainment screen. There is also a lifting mechanism for the air suspension to add further ground clearance or lower the ride height.

The air suspension works an absolute treat in this application. I have driven many an SUV with such suspension, but none has managed to blend waftage with dynamism on either side of the scale this eloquently. Body control is superb with the vehicle remaining fairly flat under braking, accelerating and cornering.

In fact it is the handling that impressed me the most. Hurl the vehicle into a series of sweeping corners and it fervently sticks to a chosen line and this is thanks to the lighter platform and the air suspension working in tandem to make the Touareg a surprisingly agile large SUV. 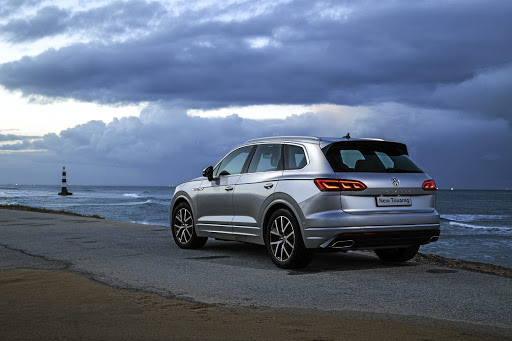 It also proved relatively frugal, returning a best fuel consumption figure of 8.4l/100km, which for a vehicle of this size and engine capacity is quite exemplary, if not close to the optimistic 7.1l/100km manufacturer claimed figure.

The new Touareg has improved in just about every respect from its predecessor.

For me, the only fly in the ointment with the package, and this is somewhat trivial, is the steering wheel — an exact item lifted from the Polo range — that looks a little out of place in what is otherwise a very upmarket sanctuary. That aside and at the price, the new Touareg is nothing short of a class act.

WE DISLIKE: The Polo steering wheel

Four sumptuous SUVs side by side

The Electric iNext concept previews a hi-tech SUV that will serve as a precursor for the styling of future BMWs, writes Denis Droppa
Cars, boats & planes
2 years ago