Connectivity and practicality have been prioritised for the new A-Class, writes Michael Taylor 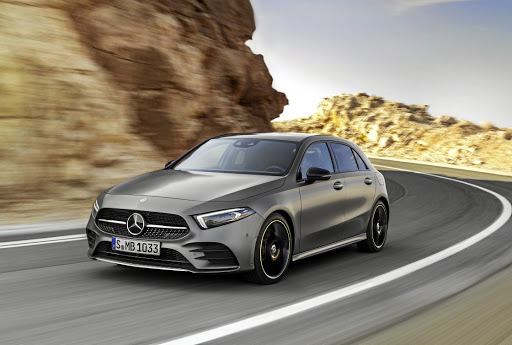 There’s not a lot of coherence to the frontal design of the new A-Class
Image: Newspress UK

Following the reveal of the new Mercedes-Benz A-Class, we can now bring you more details on the next generation of the baby Merc which will arrive in SA in the third or fourth quarter of 2018.

The second (after the B-Class) of a claimed eight new small Mercedes models to share the upgraded MFA 2 architecture, the A-Class will eventually be joined by the CLA, the CLA Shooting Brake, the GLA crossover, the GLB off-roader and a sedan version of the A-Class. The latter is being delivered to compete with the surprise success of Audi’s A3 sedan and all models should be in the market by 2020.

While Mercedes is touting the new A-Class as a more mature piece of exterior design, the true steps forward have been made in refinement from the chassis and in the connectivity of its Comand infotainment system.

It uses an all-new interior that is a step ahead even of what Mercedes uses in its flagship S-Class limousine, with a Mercedes-Benz User Experience (MBUX) that combines a voice-control Ask Mercedes technology and a touchscreen system to control the entire cabin. 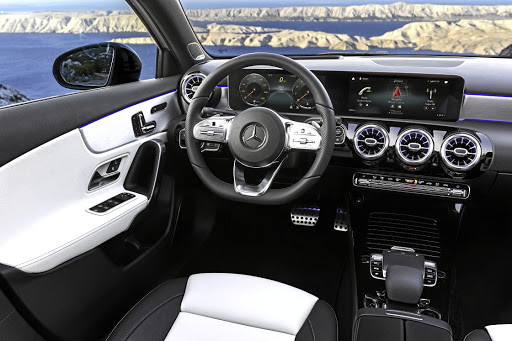 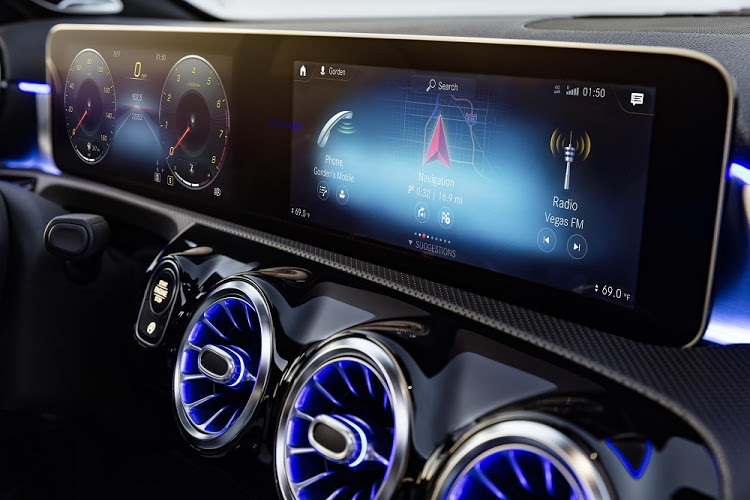 The five-seat, five-door hatchback has 300mm more metal between its axles and its front wheels are 14mm further apart than before, even though the MFA 2 underpinnings are heavy reworks of the third- generation A-Class’s cheaper MFA structure. The changes have added 7mm to front headroom (8mm in the rear) and 35mm to its front elbow room (or 36mm in the back).

With the outgoing car’s architecture originally intended to also be used beneath a budget Chrysler, the MFA 2’s engineers knew to target refinement and stiffness in the upgrade.

Bad news, BMW and Audi. Mercedes-Benz’s mid-sized premium juggernaut just got better and it will be in SA in June or July 2018
Cars, boats & planes
4 years ago

The torsional rigidity has taken a claimed leap forward, the axles are now mounted in a different way, there is more sound deadening material used through the car, particularly in the rear, and its 0.25 coefficient of aerodynamic drag is claimed to be class leading.

The extra stiffness in the body allowed Mercedes to chop out the intrusions that limited the old car’s luggage loading area. They are no longer needed to brace the body structure, so it gives the new car 200mm more loading width for the 370l luggage area. It’s not only 29l more capacious than before, but 115mm longer, too.

As previously reported, the interior of the A-Class has taken a huge step forward, much like the C-Class did on its way to trouncing not only its class rivals in sales, but plenty of well-known volume models as well.

There’s a black-panel display and a wide cockpit screen, based around a standard package of two seven-inch display screens. The entry version has two tubular analogue dials and a touchscreen unit in the centre of the dash and, to make people feel like they’re choosing something other than the cheapest version, it’s dubbed "Classic". (The next two versions — or price points, for the cruel — are "Sport" and "Discreet".)

The top-level unit runs to twin 10.3-inch digital screens that seem to run almost from door to door. The big-screen infotainment system is also touchscreen, delivers a Wi-Fi hotspot, can add (at an extra cost) high-def navigation, live traffic updates, a head-up display, Burmester audio and Car-to-X communication, when cities are ready for it. 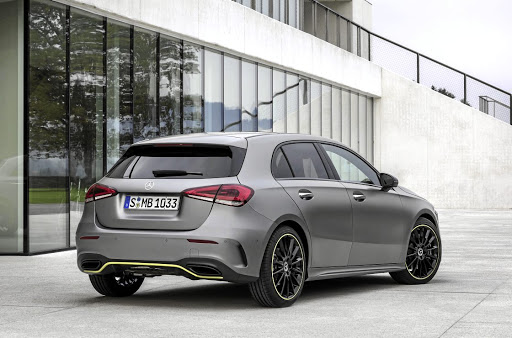 The rear is going to be controversial, unless you like the Kia Cerato hatch
Image: Newspress UK

The short, two-tier dashboard is topped by an instrument cluster that looks a lot like the S-Class’s two conjoined screens, only without a cowl, making it stand free and look for all the world like it’s the interior of a concept car.

They’ve used a louvred-style film on the screens to stop light reflecting off the windscreen and windows, and the simplicity of the look allows the two-tiered, sculpted dash itself to be symmetrical, reducing complexity and fussiness.

There is an all-new row of switchgear for the ventilation system, carved out of aluminium, in a ribbon below the three central vents. There’s also a soft-covered armrest behind a squared touchpad.

The MBUX voice-command system now runs to the philosophy of Amazon’s Alexa setup, allowing for chattier, real-world conversations and instructions, effectively acting as a concierge.

It is capable of networking with the Internet of Things and cloud-based services from Google and Amazon’s Alexa (though not yet Apple’s Siri), allowing drivers to just ask for any information about the car, the drive or their own work or personal diaries.

But it’s the Ask Mercedes function that Mercedes-Benz expects to the A-Class’s most popular digital feature.

"Research shows most people are only aware of about 20% of the features available to them from the products they buy," Sajjad Khan, Daimler’s vice-president for digital vehicle and mobility, says. "This makes it easier to understand what the products can do."

Ask Mercedes is claimed to help by combining artificial intelligence with an augmented-reality chatbot, so anybody inside the car can ask questions by typing them on a smartphone or using voice recognition. It can also be used away from the car via Facebook Messenger, Google Home or Amazon Echo.

It can answer questions about driving styles or fuel-saving techniques, or even the Daimler ownership structure and it’s augmented by upgrades to the little-understood Mercedes Me interactive system.

Owners will be able to unlock the car, along with opening its sunroof and windows on hot days, from a smartphone app, while there’s an "in-car office" available that lets drivers pre-load phone numbers, meetings and even conference-call PINs so they don’t need to look at their phones en route.

The standard rear seat remains a 60:40 split-fold unit, but there is a 40:20:40 option that can tilt the rear seat forward to add to the luggage space, without having to drop the seats. The luggage area is 225mm wider than before, swallowing two sets of golf clubs, a wheelchair or even a bicycle.

The clean-up of the body-in-white engineering has allowed a claimed 10% more exterior visibility from the driver’s seat, particularly improving the over-the-shoulder rearward visibility, which remains a major bugbear of other MFA cars, like the GLA and the CLA.

But it’s the leap in both technology and trim quality that will stand out, along with an ambient light show that includes 64 colours and it even lights up the inside of the sculpted, circular air vents, which come straight from the E-Class coupe.