Bad news, BMW and Audi. Mercedes-Benz’s mid-sized premium juggernaut just got better and it will be in SA in June or July 2018 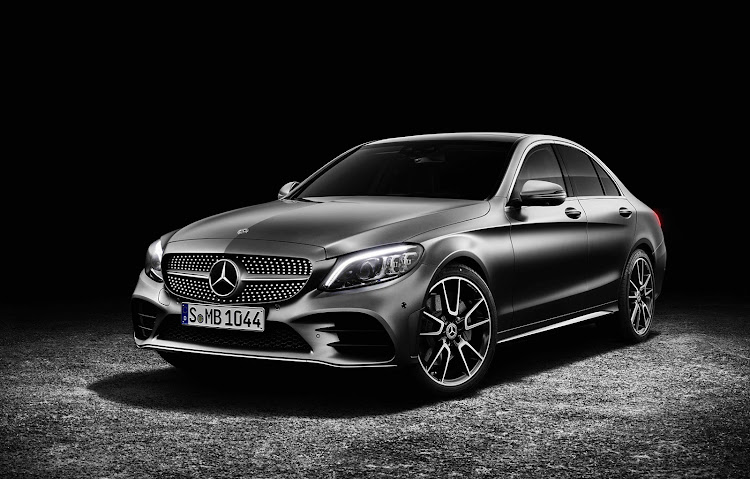 The changes are very hard to spot but the biggest is the adoption of similar headlights to the E-Class
Image: Daimler

Bad news, BMW and Audi. Mercedes-Benz’s mid-sized premium juggernaut just got better and it will be in SA in June or July 2018.

It’s the mid-sizer that has shown its rivals a clean pair of heels, running out of showrooms so fast it’s a regular in the top 10 model sales lists around the world.

Benz sold an astonishing 415,000 C-Class sedans, wagons and coupes last year, punched out of its main Bremen plant in Germany, East London in South Africa, Tuscaloosa, Alabama and Beijing, which also turns out its only long-wheelbase C-Class for China, the car’s biggest market.

You might not know it to look at it, because the metalwork and the overall design theme are scarcely changed.

You have to look mighty hard inside, too, because Benz hasn’t fitted it with the double-width digital dash infotainment unit it debuted in the S-Class and which has now migrated down into the new A-Class.

You wouldn’t know it from the powerplants, either, because Benz is being decidedly cagey about how the next C-Class will move, how fast it will move and how much energy it will use doing it.

It’s far from certain, though, that Benz will slot its new mild hybrid-equipped in-line six-cylinder petrol engines into the C-Class. It is more unlikely than likely, which will leave the C-Class continuing to fight with a range of straight four and V6 engines.

Daimler blames Germany’s transport authority, the KBA, for being too slow to certify the updated C-Class and insists it can’t publish official power, torque, performance, consumption, and emissions data until it receives KBA approval. The KBA insists it’s not going slowly, but following its normal course of validating manufacturer claims against its test results for the new WLTP real-world tests.

Either way, there’s an unseemly kerfuffle over what ought to be a fairly straightforward procedure of homologating the facelift of an existing model.

Not only will Benz not confirm what powerplants the C-Class will be using, it won’t even confirm the transmission, though its in-house nine-speed automatic will be used throughout the range.

Sources at Daimler have insisted, though, that the car will move to three versions of the OM645 four-cylinder turbodiesel engine to power the C200d, the C220d and the new C300d.

There is no confirmation from Benz’s official sources, but unofficial internal documents reveal that it will have just two initial petrol-powered models, both using the M264 four-cylinder, turbocharged engine.

It will use 48v electrical systems to give the C200 EQ-Boost mild-hybrid capability for added low-speed urge and better economy, though the more expensive C300, bewilderingly, goes without the system.

The C300 receives a 10kW boost to 190kW, though the mild-hybrid C200 will deliver 140kW of power to rise by just 5kW over the outgoing car under normal circumstances. When the integrated starter-generator kicks in, though, it jumps to a 13kW advantage over the current car.

The C200 will add the EQ-Boost tag to link it to its upcoming all-electric EQ brand, which Benz will also slap on two plug-in hybrid C-Classes, neither of which will be available from the start of production.

A step up from the current plug-in hybrid C-Class, the system benefits from the research and development of the stand-alone electric vehicle EQ brand’s team and will be paired with both petrol and diesel power.

It also uses a far bigger lithium-ion battery, jumping up from 64kWh to 13.8kWh as Benz belatedly recognises China’s demand for at least 50km of pure electrically driven range.

Instead of tangible areas like engines and gearboxes, Mercedes-Benz’s official information focuses on the C-Class’s optional headlights and a new AMG-Line model, with its diamond-pattern radiator grille.

The AMG-Line will also receive tweaks to the front and rear bumpers plus its “tailpipe trim varies according to the engine variant”. Whatever that might possibly be. 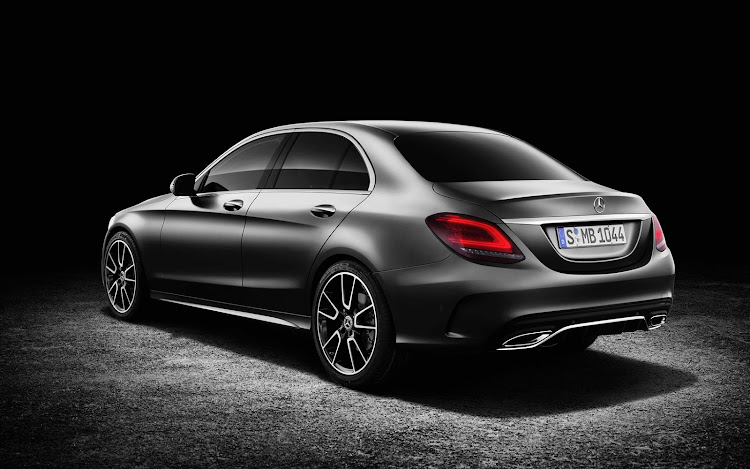 Changes at the rear also focus on the lighting
Image: Daimler

The base-level headlight remains a halogen system with an LED daytime running light, then it can be stepped up to a full LED then a multibeam LED, with each headlight containing 84 separate LEDs that can illuminate individually.

The top-spec light incorporates an adaptive high beam assistant system that allows the driver to keep using high beam even around other cars, by simply blacking out or dimming an area around the oncoming car.

Above 40km/h, the car switches automatically to Ultra Range, which delivers what Benz claims is the maximum light intensity allowed by law, which still delivers 1 lux even 650m ahead of the car. It will then automatically mask out a u-shaped area around any oncoming car, allowing high beam to continue lighting up the surrounding area.

That all feeds in to Benz’s advanced safety features, which let the car see better even without the fancy (and doubtless expensive) headlights.

Its updated radar and camera systems allow it to see up to 500m ahead of the car at all times, delivering data to the computer that governs all of its safety and driver assistance systems.

Its optional Driver Assistance package delivers active cruise control that is paired up with the car’s navigation data, just like in the E-Class and S-Class limousines, so it can pre-empt when it needs to speed up or slow down for corners or roundabouts.

While the entry-level models retain the two-tube instrument cluster, the higher-spec models use a fully digital version, complete with three different layouts (Classic, Sport and Progressive). Even the analogue dials flank a 5.5-inch digital screen for detailed information, and Benz calls it the “Classic” dash.

The fully digital screen is a 12.3-inch unit, boasting 1920 x 720 pixel resolution, which can be ordered to display navigation data for the first time (though Audi’s been doing it for years).

Both the seven-inch and optional 10.25-inch infotainment screens sit high on the dashboard, with the bigger screen offering its three display styles of its own. It has the Blackberry-style touch pads on the steering wheel to navigate around the car’s options, plus a scroller mounted on the centre console to move around the infotainment screen. 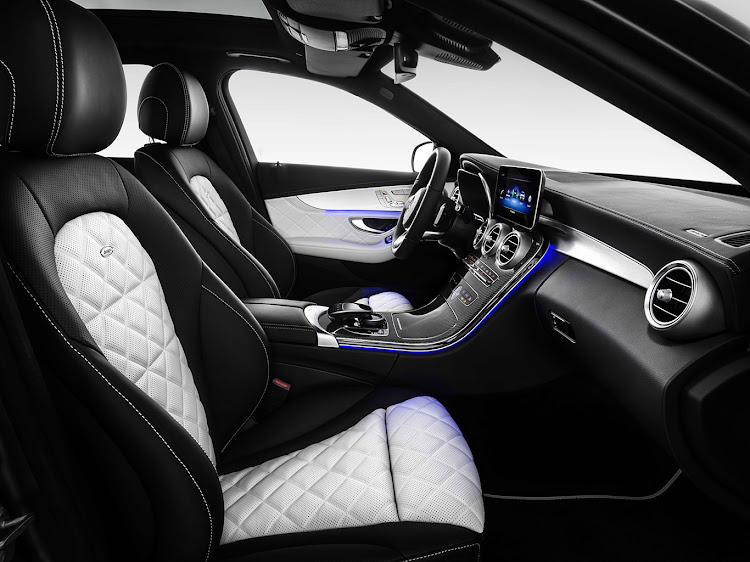 The interior gets a few upgrades mainly around screens, instrumentation and infotainment
Image: Daimler

Besides engine data, Benz has also studiously avoided the trend towards touchscreens, though, which leaves the scroller, the touchpads and voice control as its only options. There are also two USB ports, Bluetooth, Apple CarPlay and Android Auto, while Qi-standard smartphones and devices can be charged wirelessly.​

Lexus ratchets up its active safety package with new enhancements

Lexus has announced a new safety technology package but SA will have to wait a bit longer for it
Cars, boats & planes
4 years ago

Lexus has introduced a slightly upgraded NX crossover
Cars, boats & planes
4 years ago
Next Article
© Wanted 2022 - If you would like to reproduce this article please email us.