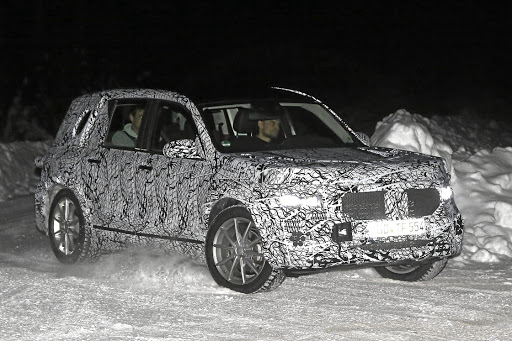 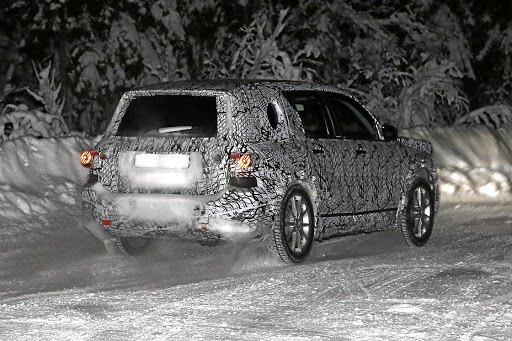 Mercedes will break with its SUV traditions in 2019 by delivering a harder-core junior off-roader to sit beneath the all-new G-Class that features on our cover this week. We have known about it for some time but here you see the first spy pics of the development mule for what Mercedes insiders are calling the "baby G-Class", the GLB.

The GLB will be the flagship for the next generation of Benz’s new small car family, which will start 2018 with the new A-Class, and will sit between the GLA and the larger GLC SUVs in both price and size.

The 4,600mm GLB will be sold with at least three turbocharged four-cylinder powertrains, ranging from 200, 220 and 250 badges that it will share with the upcoming A-Class.

Unlike the rest of the compact range of Benzes, the GLB will derive its styling cues largely from the new G-Class and draw inspiration from the 2015 Ener-G-Force Los Angeles motor show concept from 2015.

Less road-focused than any other compact Mercedes SUV, the GLB will still share the next A-Class’s MFA2 architecture to make it scalable, and is also likely to score a high-performance GLB45 AMG variant. It’s also likely to swallow the mild-hybrid powertrain from the upcoming A300 hatch.

About 180mm longer than the current GLA, the GLB has been developed under the X247 code name and will give Mercedes a chance at an even more profitable model mix via a range of off road-style body kits, wheel and tyre and ride height packages. There is also a long-wheelbase version under development (likely to be the version in our spy shots), which will add about 200mm to the GLB’s overall length and a third row of seats to deliver a seven-seat capacity.

The X247 project essentially follows the same strategy Volkswagen used for the Tiguan by using a standard model for Europe and a long-wheelbase model, such as the Tiguan Allspace, to target China and the US.

It’s one of the three new badges for Mercedes-Benz’s five existing compact cars, with the others being a relatively conservative A-Class sedan based on 2017’s Shanghai motor show concept car and a two-door coupe to give the C-Class coupe a baby brother too. Mercedes SA says it cannot make any comments on the GLB but we expect the production version to debut towards the end of 2018.

Mercedes’s G-Wagon SUV is about to go soft, but only on the inside, writes Michael Taylor
Cars, boats & planes
4 years ago