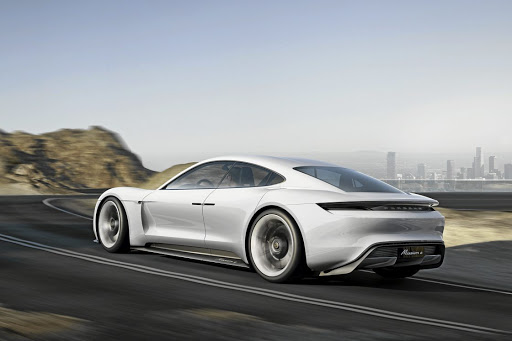 Porsche’s Mission E will not be the only electrified sports car within the Volkswagen Group
Image: Porsche

German premium brand Porsche won’t abandon its roots in the switch to battery power and is already developing all-electric sports and supercars. Its all-new battery-electric sports car architecture, dubbed SPE, will headline the "third wave" of the Volkswagen Group’s electrification strategy, arriving after 2025.

The existence of the new SPE programme was revealed in a presentation the group delivered to investors. It is believed to be based around solid-state battery technology to save space and increase range and will have the option of two, three or even four electric motors.

The presentation showed the group aiming to unseat the Renault-Nissan-Mitsubishi alliance for e-mobility leadership before the middle of the next decade. The strategy then goes on to target world e-mobility leadership by 2030. The company’s e-mobility charge will begin its "first wave" in 2019 with the volume MEB (modular electric architecture) for the Volkswagen, Skoda and Seat brands. VW will lead the charge with the ID Hatch, which is Golf-sized on the outside but Passat-sized inside.

Porsche’s first battery electric vehicle (BEV) effort, the Mission E, won’t sit on any of the all-new platforms, but will instead use the J1 architecture it has already developed. 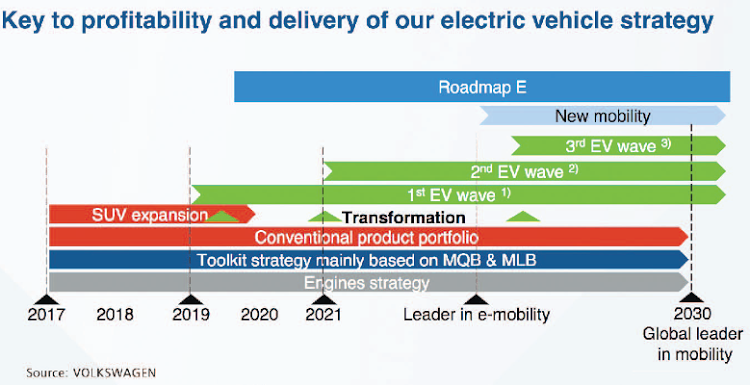 Audi’s first BEVs will come from both the J1 and the even-earlier C-BEV platform, which was the first premium BEV platform developed inside the VW Group.

The "second wave" will be the all-new premium PPE architecture in 2021, developed jointly by Porsche and Audi.

This architecture will sit beneath all new BEV Audis, Lamborghinis (including the second-generation Urus and an unnamed sports sedan), Bentleys and Porsches.

And then will come the sports cars and supercars, giving the VW Group three purpose-built battery-electric car architectures within the next seven years.

It should also take some of the heat out of the turf wars between Porsche and Audi, which have been at loggerheads over the futures of the 911 and the R8.

Porsche has demanded Audi switch the next version of its mid-engined R8 supercar (and, therefore, Lamborghini’s next Huracan) to its 911 platform, though Audi Sport has pushed back, hard. Sources insist that uncompromising stances over the "engineering folly" of a front fuel tank location cost Audi Sport engineering head Stephan Reil and its president Stephan Winkelmann their jobs.

The SPE already has two confirmed body styles and sizes within Porsche, including a cheaper two-seat convertible, and at least two roles within Audi.

It could also go a long way towards making Lamborghini’s Terzo Millennio concept car a reality. Though it wouldn’t have the concept’s all-carbon layout, the SPE platform has been engineered to cope with both the upper and lower ends of Lamborghini’s supercar range.

Exploring the panorama in sporty luxury in the new Panamera

Dallara hits the road in its own design

The company has built its own road car, the Stradale
Cars, boats & planes
4 years ago

The latest Aston Martin Vantage promises to be a completely different package to the outgoing model
Cars, boats & planes
4 years ago