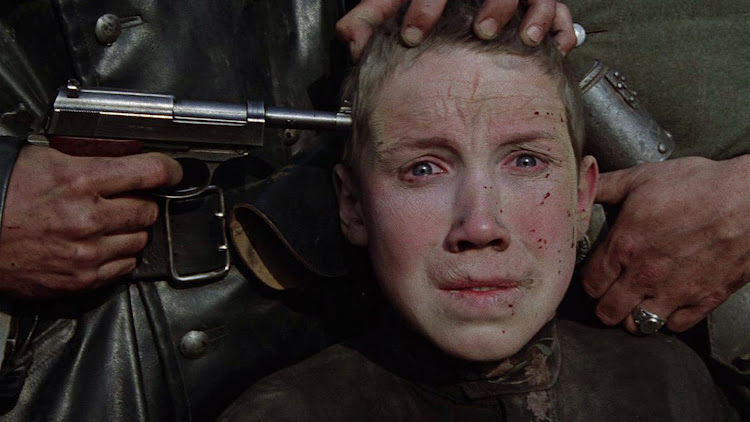 As Russian troops invaded parts of Ukraine this week, the world is once again faced with the spectre of war. Here are three films that in their various distinctive ways address pertinent issues related to the savagery of warfare, the political history and challenges of life in post-Soviet Russia and the Baltic states and the uncertainty of existence under all forms of dictatorship both past and present.

His 2015 film The Event is made up of black and white footage shot by eight different cameramen in St Petersburg in 1991, when following the fall of the Soviet Union and the chaos of its early attempts at instituting the democratic reforms of Mikhail Gorbachev and his soon to be successor Boris Yeltsin, old guard Communist hardliners attempted to overthrow the reform government and convince the people of Russia that the only way to ensure a better life was to return to the hard, bitter existence most of them had known for so long.

Instead of a willing populace looking to retreat back into the easy familiarity of life during the Soviet era, the coup leaders were met by a determined and angry mob of Russians who, no matter the initial hiccups of the reform era, sure as hell weren’t going back to life behind the old Iron Curtain. Four months later their determination was rewarded by the official dissolution of the USSR. It would also turn out that one of the biggest winners to emerge from the brief chaos of the 1991 moment, would be Vladimir Putin, then serving as an aid to the mayor of St Petersburg, Anatoly Sobchak.

The great irony of what many believed was the final test for the democratic hopes of post-Soviet Russia is that, as history has now shown, it would really turn out to be the last moment in recent Russian history in which it appeared that the people of Russia had the ability and agency to stand up against stubborn, misguided and dangerously backward looking officials and effect change.

Loznitsa’s film by carefully focusing on the people who made up the thousands strong crowd in St Petersburg during those fateful days in 1991, reminds us of what is possible when people are able to come together and fight for their common good, while also quietly but solidly arguing that such collective action has since been thoroughly quashed under the steel boot of Putin’s authoritarian rule.

Elem Klimov’s 1985 film about life on the Eastern Front in World War II remains one of the most unflinching, brutal and hard to watch films about war ever made. That’s not because of a dedication to realism and gory details but rather because of its disorienting mix of intense and sometimes overwhelming terror and a poetically nightmarish surreal vision of hell that’s still unmatched.

The film follows the tragic descent of a young Belarussian who joins the army in 1943 to fight the Nazis in spite of the tearful protestations of his mother and her pleas to remain home and help look after his twin sisters. Soon he finds himself in a series of increasingly terrifying and horrific encounters that turn him swiftly from wide-eyed young man in search of excitement to a thousand-yard-stare weary teenage veteran who’s seen enough of the depravity of humanity to last him several lifetimes.

It is also a film that makes a compelling argument against war in all its forms through a masterful use of surreal techniques that remind us that war is often only an excuse for the unleashing of man’s most terrifying impulses. As the quote from the book of Revelation, from which the film takes its title, says: “And when he had opened the fourth seal, I heard the voice of the fourth beast say, ‘Come and see.' And I looked, and behold a pale horse: and his name that sat on him was Death, and Hell followed with him.”

Legendary Georgian-Armenian filmmaker Sergei Parajanov’s 1964 breakout film is based on a novel by Ukrainian writer Mykhailo Kosiubynsky and became something of a classic in the history of Ukrainian cinema for its dazzling evocation of a world that by the time of its release was only one of whispered oral history and dim recollections.

It’s nominally a Romeo and Juliet story set against the backdrop of early twentieth rural life in the Carpathian mountains but it soon became an underground rallying cry for the Ukrainian nationalist movement with its freewheeling sumptuous visuals and folk music infused score.

Like much of Parajanov’s work it’s difficult to describe but hard to forget once you’ve fallen under its spell. Its director would eventually fall foul of the Soviet authorities and serve time in the Gulag for his unacceptable bohemian bisexual ways and anti-Soviet celebrations of freedom and self-expression.

Although the regime pretty much killed off the rest of his career, they never managed to dampen his spirit and commitment to his creative visions. Thankfully many of them still exist and remain as visionary, innovative, poignant and breathtakingly beautiful as they ever were.

Great remakes remind you how sometimes doing it again can result in something better and original on its own terms
Art & Design
3 months ago
Next Article
© Wanted 2022 - If you would like to reproduce this article please email us.