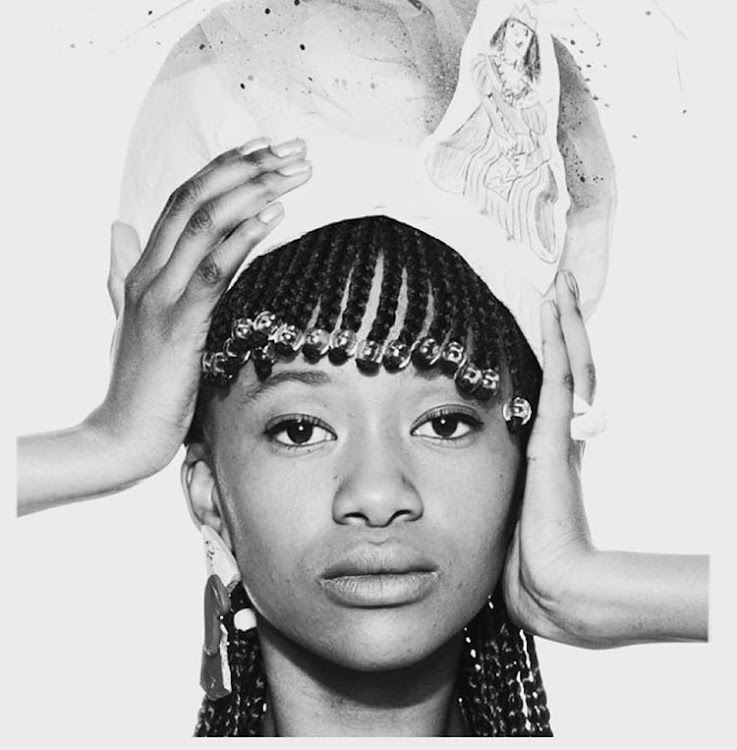 Artist Bonolo Illinois Kavula is challenging the conventions of printmaking by using banal objects and materials to make impressions with a more abstract expression. My first encounter with this young printmaker’s work was at the Michaelis School of Fine Art graduation show in December 2014. Her installation, titled Obfuscation, was hung salon-style and consisted of tonal works of various sizes, a solitary You magazine cover and a video work Diketo/Peeling Lemon, which offered welcome respite from the usual attention-seeking crowds on opening night. Her artist’s statement was also refreshingly brief and honest. I recall that she’d had a “frustrating, yet liberating experience” making art in her final year. She had also discovered video as medium for making “impressions”, which joined her evolving print vocabulary.

“With my grad show, I also drew inspiration from American abstract painter Agnes Martin and worked with a simple language, visual vocabulary,” she explained over a catch-up coffee at Flatmountain Coffee Roasters, in Woodstock, Cape Town, a few weeks ago –when we still could. “Agnes fascinated me as she had schizophrenia and her work contradicted that as it required attention and focus. Straight, quiet, peaceful lines and labour that demanded that her condition yield to her art-making process.

“As a challenge to myself, I wanted to use single materials and see how much could come out of them. In my studio I had magazines, a paper punch, Styrofoam. Magazine paper in hand, I was interrogating that sort of printed matter, paper quality. Not using conventional materials. I started sprinkling ‘paper discs’, the confetti, over the Styrofoam, then forced materials to speak to each other.”

Kavula’s new work, exhibited earlier this year by her gallery Suburbia Contemporary at the Investec Cape Town Art Fair and as the featured artist on the Tomorrows/Today platform, showed that while print still informs her practice she continues to court unconventionality and chance as she elevates the status of mundane materials in the most provocative way. What at first appeared to be a move away from print, the meditative Consequences – made from tight coils of corrugated card – and Infinity – a bundle of cardboard rope – are part of the evolution of this rebel printmaker’s process as she toys with tradition.

“There were some print works [in Tomorrows/Today] for the sake of tradition,” she says with a grin. “With regards to the cardboard works, I always begin with a material that has a ‘printerly’ characteristic. If I ink something up and can make a print from it, then I can move forward with it.”

As a student printmaker, she sought ways to rebel as she didn’t want to make print the way people expect it to be – “You know, pictures, illustrations.” 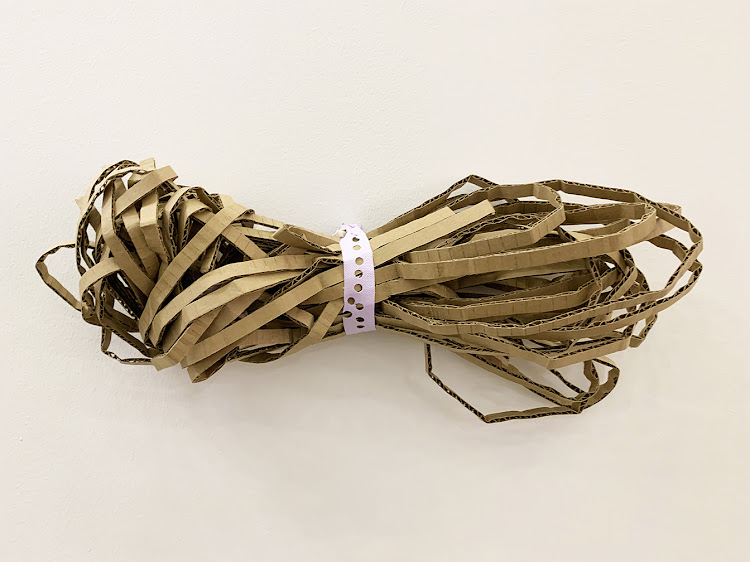 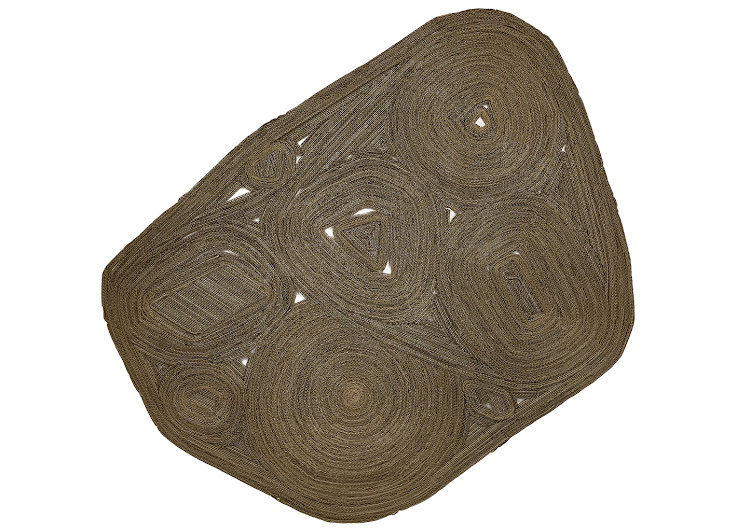 Kavula describes herself as “an experimental artist”, and an advocate of simplicity and minimalism. Her inspiration is also found in Expressionism, Cubism, Dadaism and particularly ’60s minimalism and conceptual art. “I looked at Robert Rauschenberg who used print in a very experimental way. He had this famous work where he ran a tyre print on this long piece of paper. Joseph Kosuth was clever in his use of words and objects that you can just pick up anywhere. What I learned from them is that anything can be art; it’s what you make of it.”

She also listens to other black artists and creatives “who are working hard to add to culture what’s missing” and highlights the importance for her of people who “drop cultural artifacts for others in the future”.

Take a look at her Instagram account (@BonoloKavula) profile and you’ll note that Kavula wears many hats on her creative journey – cartoonist, rapper, performance artist – but how “comedian” fits into the picture requires an explanation.

“I like people who work. I like process,” she says. “Jordan Peele started out as a comedian but had this idea in his head of ultimately making his film masterpiece Get Out. His comedy skits may have looked like folly to an outsider, but they were his training over time on the road to making that film.

“I’ve presented my stand-up in galleries. It’s more a critique of the art world but I call it comedy,” says the straight shooter who’s roasted William Kentridge and Mikhael Subotzky. “I love comedy. I was looking at all those boxes that needed to be ticked and wondering if this could be a medium. And if presented in a gallery, could it be art?

“As a student you say a lot of stuff and then you leave it behind. I want to be the person who says, ‘Let’s still have the ability to laugh at ourselves.’ We take ourselves too seriously. Even people who write about art need to use regular language so people can understand.” 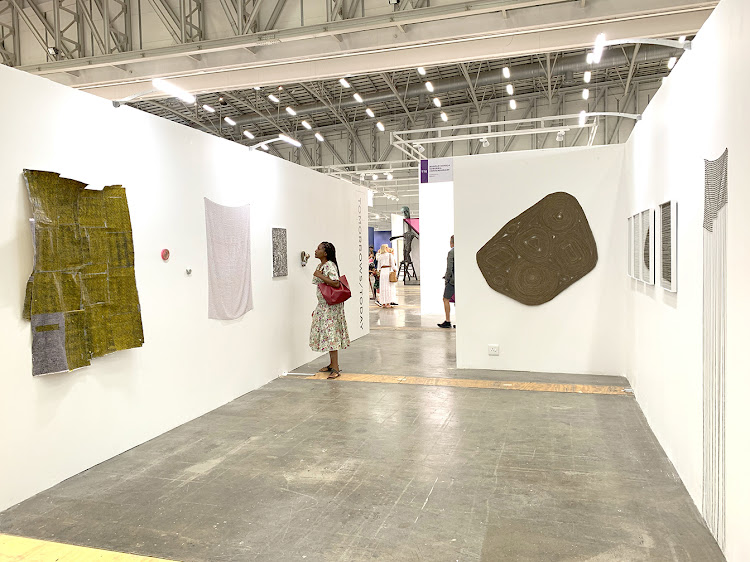 Kavula acknowledges that while there might be some pressure on black artists to make work that is centred around identity politics, she prefers that hers is not about herself. That said, the titles of the work seen at the Cape Town Art Fair revealed a more personal side to her creative process and journey with materials.

“I came up with titles after the fact. I write a lot and keep notes as I go. I’ve kept a diary since I was 10. I like words and poetry. What the works say only comes after I’ve made it. While I’m making, it’s more experimental, more playful. I’m just making. Then I look at my life at that point and how I’m feeling - happy, sad. There was a song playing repeatedly - a Kanye West song Waves. It’s so beautiful and I used some of the lyrics for the titles of the work ... At the time I was feeling like when you’ve concluded a relationship and made peace with it and move on. That’s where I was. The titles basically illustrate what I was feeling at the time. Weirdly, always love-focused.”

• Suburbia Contemporary will showcase new works by Bonolo Illinois Kavula alongside fellow South African artist Jake Aikman at Future Fair New York, which will be presented online this year from May 6 to June 6. Follow the fair on Instagram @furturefairs.

Award-winning artist talks about his recent residency in England, spirituality and his Xhosa cultural roots
Voices
2 years ago

Closed doors don’t mean we can’t get our art fix. Become an art aficionado from your armchair
Art & Design
2 years ago
Next Article
© Wanted 2022 - If you would like to reproduce this article please email us.