Reflections on the Venice Biennale 2017

Venice, a congested lagoon city on Italy’s northern Adriatic coastline, has a bad rap as a tourist destination, and fairly so. Its key landmarks — especially Piazza San Marco and Rialto Bridge — are always mobbed. Table service is generally poor. Locals, it would seem, are permanently in a funk. And then there are those colossal tourist ships, which vaporise any sense of authenticity.

It doesn’t help that every other year, Venice plays host to the world’s foremost contemporary art exhibition. The Venice Biennale, established in 1895 and now in its 57th edition, is a sprawling event that encompasses various official and unofficial spaces, including churches, museums, and the odd grand residence. Somewhat paradoxically, the vastness of the biennale, which this year runs until November 26, makes it an ideal platform for exploring Venice and its many hidden places.

This edition is politically light and playful, a riposte to the sombre tone of 2015
Art & Design
3 years ago

How you arrive there is a crucial part of the Venetian experience. Five years before the opening of the rail causeway, which now doubles as a highway connecting the island to the mainland, in 1846, English artist and writer John Ruskin set off for Venice by boat, from Mestre. It is still the best way to arrive: a water taxi from Venice Marco Polo Airport offers a sense of what Ruskin described as Venice’s “noble landscape of approach”.

The Alilaguna waterbuses, which connect Venice’s disparate islands, are essential for accessing the biennale and its many satellite events. The two main sites of the biennale are the old Napoleonic gardens (Giardini) and the former military battery (Arsenale). The gardens are where French curator Christine Macel has installed this year’s headline show, which she has optimistically titled Viva Arte Viva.

“In a world full of conflicts and jolts, in which humanism is being seriously jeopardised, art is the most precious part of the human being,” says Macel, whose day job is as the chief curator of Paris’s Pompidou Centre. “It is the ideal place for reflection, individual expression, freedom and fundamental questions. It is a ‘yes’ to life, although sometimes a ‘but’ lies behind.”

There are 120 artists from 51 countries in Macel’s trend-setting show, but no South Africans. Local artists Candice Breitz and Mohau Modisakeng are, however, flying the national flag at Venice. The South African Pavilion, which is curated by Lucy MacGarry and Musha Neluheni, is one of 85 different national representations at Venice. You can find Breitz and Modisakeng’s work at the top of an escalator at the end of the central corridor of the Arsenale. 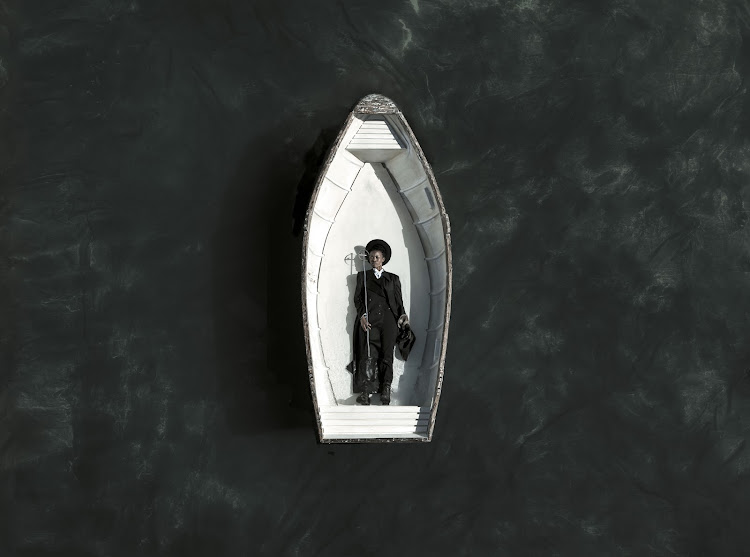 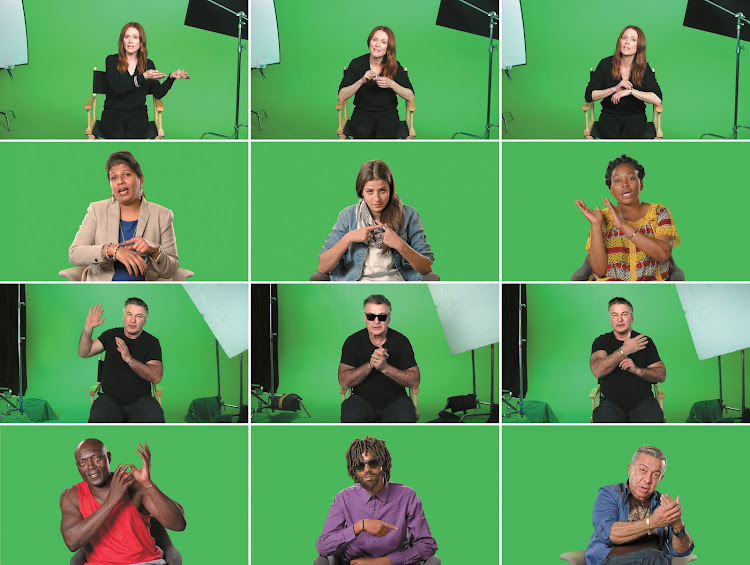 Breitz is showing Love Story (2016), a film featuring the personal testimonies of six refugees. They include former Angolan child soldier, Jose Maria Joao, now a well-known personality in Cape Town, and Sarah Mardini, a Syrian who fled Damascus with her sister, Yusra, a swimmer who later participated in the 2016 Olympic Games. This is not a straightforward documentary, and actors Julianne Moore and Alec Baldwin offer additional interpretations of the refugee testimonies.

Modisakeng, whose Standard Bank Young Artist Award show is on view in Johannesburg at the moment, is premiering a new three-channel film installation. The work, titled Passage (2017), depicts isolated figures in a submerging boat; it riffs on a contemporary dilemma off Italy’s southern coastline: the difficult migrant passages that routinely occur there.

Damien Hirst — the ageing enfant terrible of the 1990s Young British Artists movement — is also interested in African oceanic passages, albeit for vastly different reasons. Hirst is showing new work at mega-collector Francois Pinault’s Palazzo Grassi and Punta della Dogana, until December 3. The latter venue, a former customs warehouse, was given an interior makeover by Japanese architect Tadao Ando, and is worth visiting for the architecture alone. It is a short walk from the Peggy Guggenheim Collection.

Hirst’s solo exhibition, titled Treasures from the Wreck of the Unbelievable, has an unusual African connection. The show comprises sculptural pieces reputedly salvaged from a wreck of the freed slave Cif Amotan II, which Hirst discovered off the coast of East Africa. Perhaps. Antwoord chanteuse Yolandi Visser features as a sculpted Mesopotamian goddess. Am I giving the game away? As with so much of the biennale, the truth is in the encounter.

10 THINGS TO DO IN VENICE

Harry’s Bar, Calle Vallaresso 1323; opened in 1931, and named after a hard-drinking American, Harry Pickering. Its bellini is legendary, but the martinis are prize-winners. harrysbarvenezia.com

Caffè Florian, Piazza San Marco 57; the oldest café in the world might be overpriced, but it remains essential. caffeflorian.com

Never mind the bell tower on St Mark’s, which always has long queues, head for the music conservatory on Campo Santo Stefano, a city square near the Ponte dell’Accademia bridge. conservatoriovenezia.net

San Michele is a tranquil island and the final resting place of composer Igor Stravinsky and poets Joseph Brodsky and Ezra Pound. villasanmichele.eu/en

Beauties or beasts? These items walk the fine line ...