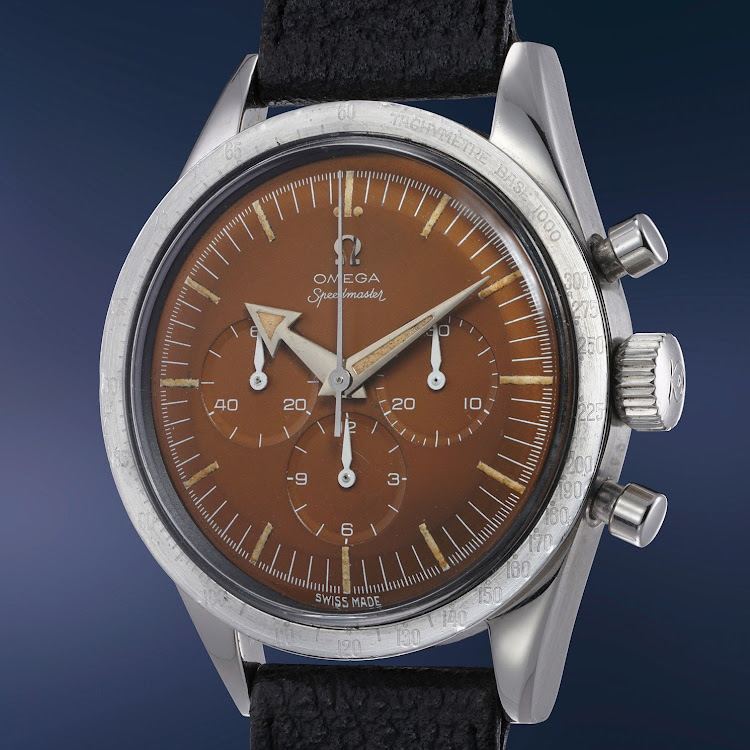 OMEGA has certainly enjoyed an extended period in the sun recently, with the Tokyo Olympics, the new Bond film and the 50th anniversary of the Apollo 11 lunar mission. But it’s no longer a Seamster Diver 300 or Speedmaster Moonwatch grabbing headlines. Last week’s world-record auction price of 3,115,500 Swiss francs (about R51m) for a first-generation SpeedmasterBroad Arrow reference CK2915-1, the grail of Speedmasters, will be talked about for years to come and will certainly spark even more interest in the brand and its historically significant timepieces.

Launched in 1957 as part of OMEGA’s new “Trilogy” of professional watches, which included the Railmaster and Seamaster, the Speedmaster was created with thrill-seeking motoring enthusiasts and racing car drivers in mind. This particular Speedmaster CK2915-1, part of the very first batch created on November 22, 1957, achieved the astronomical price at Phillips Auction House in Geneva, far exceeding the estimate of 80,000 to 120,000 Swiss francs.

The reference CK2915 was the very first chronograph wristwatch to feature a tachymeter scale on the bezel, rather than printed on the dial. It was also the first Speedmaster to draw its power from the incredible Calibre 321 movement.

Showing acceptable wear and patina for its age, this watch clearly accompanied a lifestyle for which it was intended. According to an OMEGA report on the watch, adventurous days in the sun have resulted in the unique “tropical” dial ageing to a vibrant milk-chocolate shade. Rich and vivid, the brown tone is incredibly even throughout. The luminous material on both the dial and hands have aged at the same pace, giving the display an attractive golden tone. This uniformity of colour also confirms the watch has not undergone any disruptive servicing, which is something to keep in mind for serious collectors. 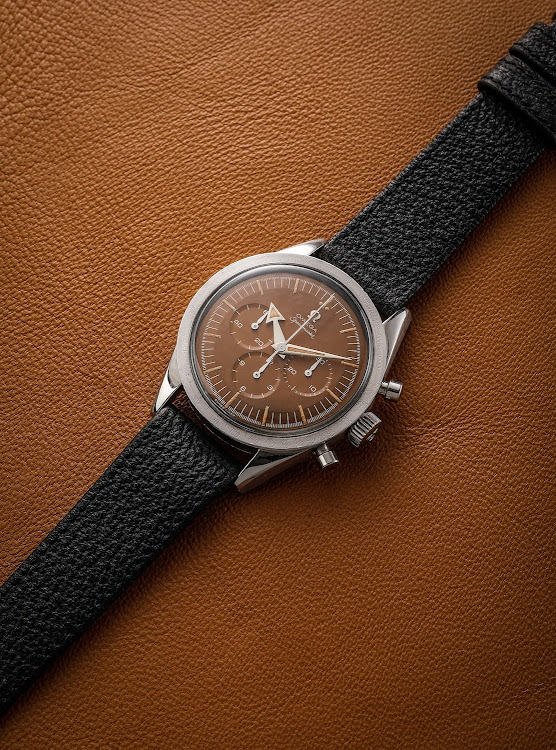 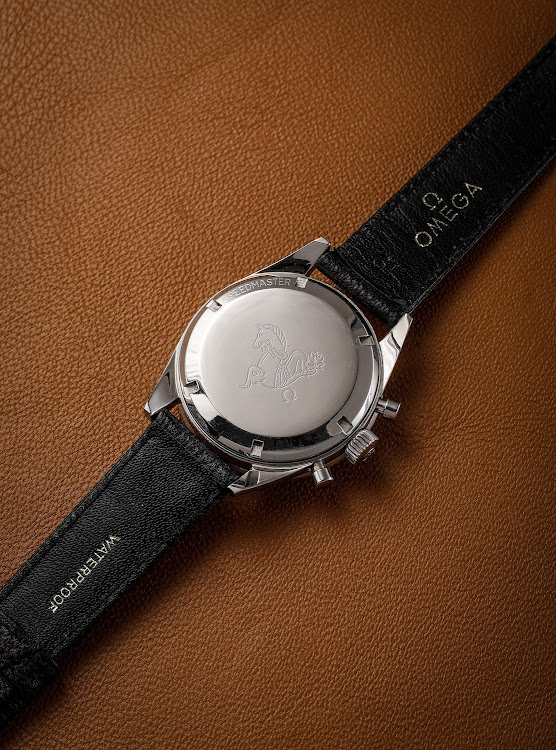 Watches with the reference CK2915, were made between 1957 and 1959, and produced in just three different iterations, making the CK2915-1 one of the very first and most collectible Speedmaster models. Key differences to later generation models include the large Broad Arrow minute and hour hands, the metal bezel and unique dial graphics, distinguishable by the oval “O” of OMEGA.

OMEGA released a 60th anniversary tribute to this particular Speedmaster in 2017 but limited it to 3,557 pieces. This 38.6mm Speedmaster '57 "The 1957 Trilogy" edition perfectly matches all features of the Broad Arrow and stays true to the spirit of this iconic watch, with the only updates being its stainless steel bracelet and new Calibre 1861. Listed at R135,000 subject to availability.

Road-ready modern chronographs inspired by a spirit of freedom from the past
Watches & Jewellery
3 months ago
Next Article
© Wanted 2022 - If you would like to reproduce this article please email us.