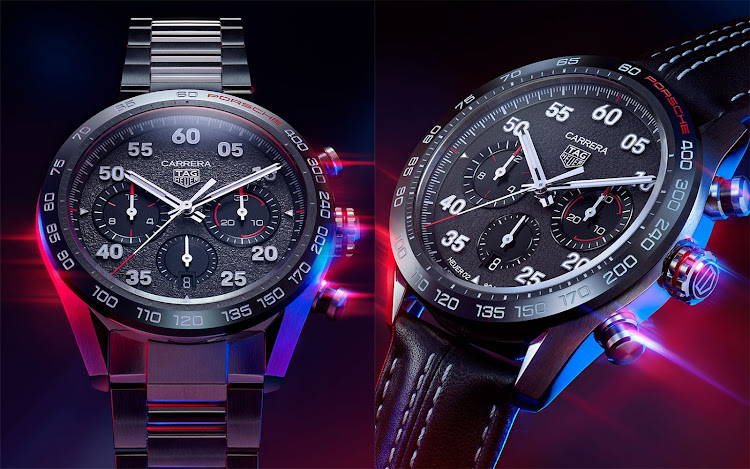 Participants and spectators of motor sports will no doubt be aware of the decades-long relationship between TAG Heuer and Porsche, with Thursday’s announcement of their exciting new partnership coming as no surprise. But while the brands have collaborated before, this is the first time they’ve made their union official — including a racy looking new timepiece to celebrate. And it would appear that the newly appointed 26-year-old TAG Heuer CEO Frédéric Arnault made it all happen.

Young blood in the driver’s seat is a common thread when reflecting on the evolution of these brands. A 22-year-old Ferdinand “Ferry” Anton Ernst Porsche joined his father’s engineering office in the early 1930s and was the driving force behind the establishment of the Porsche car brand the following decade. Very soon, the name became synonymous with racetrack success all around the world, including a class win with a Porsche 356 in the border-to-border Carrera Panamericana Rally in Mexico in 1954. A year later, Porsche named its most powerful engine the “Carrera” in honour of its success in the race.

In 1964, Porsche replaced the outdated 356 with the 911, designed by 28-year-old Ferdinand “Butzi” Porsche. However, it wasn’t until the introduction of the 911 Carrera 2.7 RS in 1973 — created to meet motorsport homologation requirements — that the “Carrera” reappeared, and with it, the new 911 family naming convention to distinguish body styles and engine enhancements.

To kick off the year of tributes, Tag Heuer has revealed the Carrera 160 Years Silver Limited Edition
Watches & Jewellery
2 years ago

When the 30-year-old heir Jack Heuer took over as CEO at Heuer in 1962, the story of the thrilling and dangerous Carrera rally inspired him to develop a new collection of modern chronographs with a pure, functional dial design. The Carrera chronograph was launched in 1963 and has seen numerous iterations over the past six decades — from the elegant and sporty to jaw-dropping, avant-garde, and more recently the Connected.

Old friends and perfect partners, these two premium lifestyle brands have a reputation for innovation, cutting-edge technologies, and finely tuned, high-performance machines. But for the daring drivers among us the most exciting aspect is their shared love of competition and participation in motor racing, which dates back more than five decades.

“TAG Heuer and Porsche have a common history and values, of course, but more importantly, we share an attitude,” said Arnault who hosted the online presentation and reveal of the new TAG Heuer Carrera ‘Porsche’ Chronograph Special Edition Calibre Heuer 02 Automatic, which marks the start of their new alliance. “Like Porsche, we are disrupters at heart, always in pursuit of high performance ... we are ready on a new starting line together,” said the visibly excited Arnault.

Remember the TAG-Turbo engine they co-developed and produced, which enabled the McLaren team to win three consecutive F1 world titles: Niki Lauda in 1984, and Alain Prost in 1985 and 1986?

TAG Heuer, as a founding partner of the Formula E championship, also helped raise the profile of the single-seater races in electric cars. Porsche created its own Formula E team with TAG Heuer as title and timing partner in 2019, marking a starting point for an even more powerful and far-reaching collaboration. 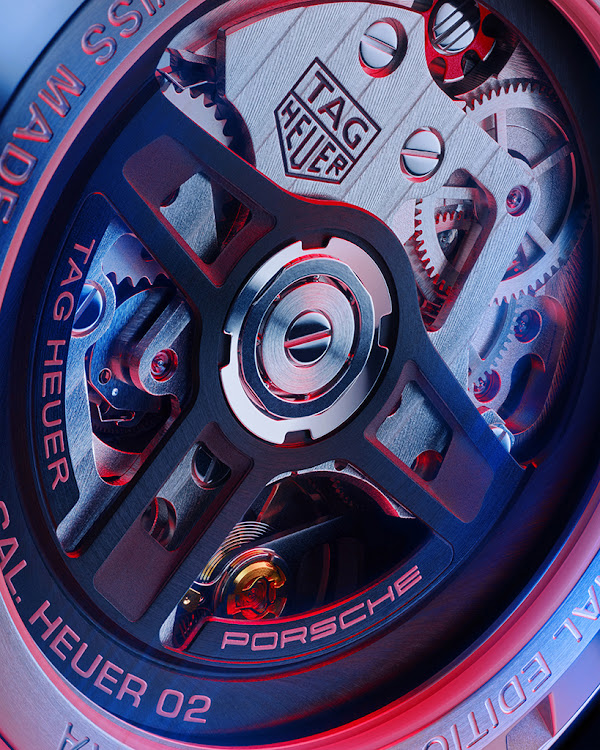 “One name, two legends, reignited”, as the new advertising campaign highlights, celebrates two glorious machines with the same nomenclature: the Porsche 911 Carrera and Heuer Carrera Chronograph. The new chronograph with its grey asphalt dial joins the iconic collection designed in the 1960s for professional drivers and sports car enthusiasts. Like the timekeeper, Porsche know that their clients are everyday thrill seekers eager to take on new challenges and make their own tyre marks. They also believe that beautifully designed objects need to be practical enough to be enjoyed every day.

The Carrera “Porsche” Chronograph is based on the Carrera Sport Chronograph design, with its distinctive tachymeter scale on its bezel, which is updated with a “Porsche” inscription. The watch features subtle, elegantly infused design codes of Porsche such as the unmistakable font used for the indexes, which replace the conventional rectangular indexes and are reminiscent of a speedometer or stopwatch, because every second counts. Its 44mm stainless steel case has a water resistant of 100m and houses the Calibre Heuer 02 manufacture movement with an 80-hour power reserve. The in-house movement with specially designed Porsche steering wheel rotor can be viewed through its sapphire case back. The crown also sports a red ring to complement the red highlights of the racy design. The watch is presented either on a soft calf leather strap with hand stitching that echoes a Porsche interior or on an interlocking steel bracelet.

The new chronograph is where their new alliance is immediately evident but according to both brands, we can expect to see numerous exciting projects revealed in the near future. These will include the ongoing drive to secure the TAG Heuer Porsche Formula E Team Formula E team a World Championship title. Together with TAG Heuer, the Porsche GT Team are also prepared for the upcoming FIA World Endurance Championship as well as the worldwide Porsche Carrera Cup series.

Virtual racing enthusiasts whose pockets aren’t deep enough to acquire a new Carrera of either kind — yet — can live the fast life vicariously through the Porsche TAG Heuer Esports Supercup. Off the track but still on course, with the brands’ shared passion for golf and tennis expect to see some partnering on the green and on the court.

The 2021 Omega Moonwatch has landed — with a new movement

Rolex updates a classic in the new Oyster Perpetual Submariner Oystersteel
Watches & Jewellery
1 year ago
Next Article
Commenting is subject to our house rules.
© Wanted 2022 - If you would like to reproduce this article please email us.