There are those who believe that their sports cars need to come from Stuttgart and their watches from Geneva. These classic status symbols mark achievements and sound out one’s arrival and although they’ve excellent provenance are all too predictable for those less interested in being part of a club. Hiratsuka and Shizuku-Ishi get my attention for now.

The introduction of the Z-car in 1969 showed the world that Japan, and Datsun/Nissan in particular, was capable of making more than just boxy, economical runabouts. The 240Z (S30) with its 2.4-litre straight six engine was designed by the legendary Yoshihiko Matsuo and was a huge departure from its predecessor, the rather Triumph TR-looking SP311 roadster. Its elegant lines, light construction, agile handling and competitive pricing made it an instant hit. Described by many journalists at the time as “the most exciting car of the decade” it shifted the idea of a sports car from cute 60s topless runabout to a comfortable and practical yet performance-driven grand tourer equipped for the 70s. 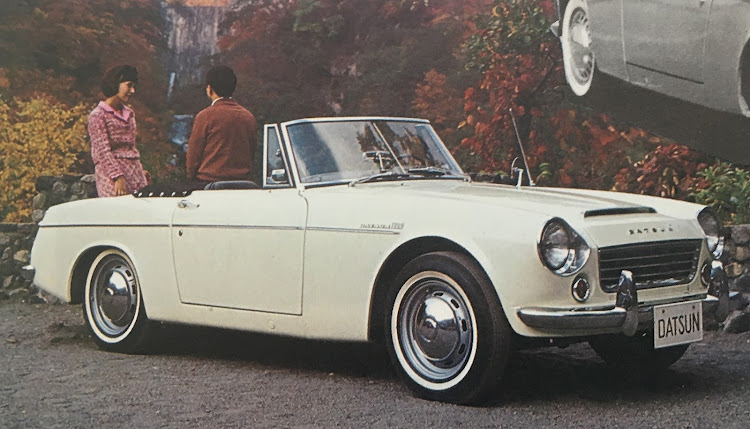 Driven by huge support from across the Pacific by Nissan’s US president Yutaka Katayama who believed there was a market for an affordable sports car, Matsuo created his beautiful fastback offering plenty of style but also luggage space for long road trips. With built-in Japanese quality and reliability, the 240Z had some revolutionary features for the time including controls integrated into the control stalks behind the steering wheel and a stopwatch on the dashboard for track days - long before Porsche.

The 240Z was also the first car to feature hydraulic gas struts supporting the bonnet and rear hatch, inspired by those used on the cockpit hatches of fighter jets.

The Japanese are a nation of perfectionists well known for producing items of great quality and durability. It is also evident through the purity in approach to design and attention to detail that there is a spiritual 'connectedness' to everything they do.

This year fine watchmaker Grand Seiko became independent, which means that it is no longer a sub-brand of Seiko. The other news for fans of this iconic brand with its huge cult following around the globe is that the expanded range of highly collectable, elegant timepieces are now also more accessible outside of the land of the rising sun. Seiko itself has been making watches for 104 years. 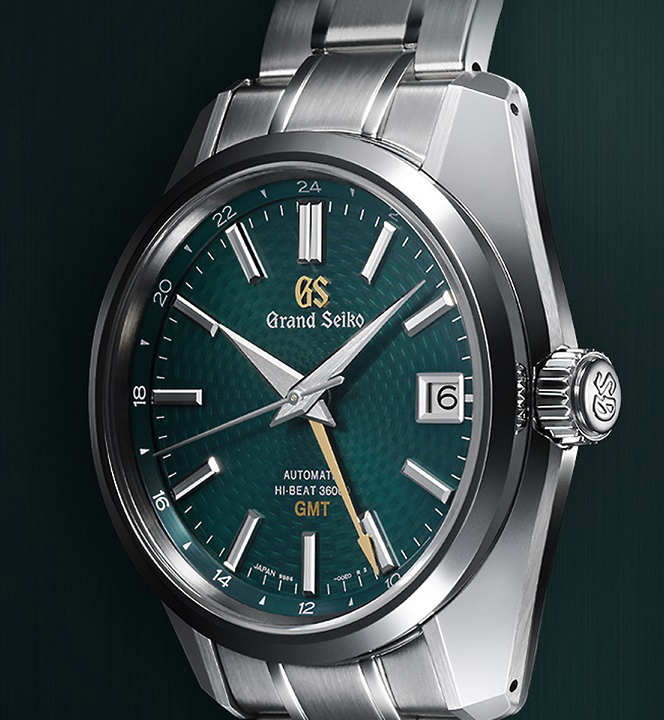 In celebration earlier this year, the company released three limited editions, which are ‘re-creations’ of the first Grand Seiko watch issued in 1960. Presented in a 38mm steel, gold or platinum case they are slightly bigger than the original 36mm watch on which they are based and are powered by the hand-wound Grand Seiko caliber 9S64.

At BaselWorld in 2013, the company celebrated its 100th anniversary by presenting among others a contemporary re-interpretation, totally faithful to the much sought-after 37.9mm Grand Seiko 44GS design from 1967. This recent update to the collection is the striking Grand Seiko Hi-beat 36000 GMT with its stamped pattern, peacock green dial. It is powered by the hi-beat GMT caliber 9S86 automatic movement, designed, made and tested at the Shizuku-Ishi Watch Studio where all Grand Seiko mechanical watches are manufactured and assembled by hand. The caliber has a high accuracy of +5 to -3 seconds a day and a power reserve of 55 hours. The perfect watch for the independent globetrotter, the second GMT hand can be used as a dual time indicator with the primary hour hand being adjustable independently. Its 40mm stainless steel case features multiple polished angles, which are a signature of the brand. Both case and stainless steel bracelet are finished with Grand Seiko's signature Zaratsu polishing.

According to Seiko, in its 10-beat movement, the balance wheel that controls the accuracy of the mechanical watch oscillates 10 times per second. This is equivalent to 36000 oscillations per hour, which earns it the name ‘Hi-Beat 36000’. (Ordinary movements beat at 21600 oscillations per hour or at 28000 per hour).

The brand has created the perfect range of watches for this generation. The watches are totally unbranded and can only be acquired by contacting the ...
Watches & Jewellery
4 years ago

With the focus being on the female market for most luxury watch brands, Richard Mille's RM037 will make quite a ‘stealth’ statement on a smaller wrist
Watches & Jewellery
4 years ago

To celebrate the eleventh in the 12-year cycle, the Swiss manufacture has added to the Classico Collection with a lively looking creature on its Year ...
Watches & Jewellery
4 years ago
Next Article
© Wanted 2022 - If you would like to reproduce this article please email us.