The former pastry chef at La Colombe is making a name for himself in Constantia as he shifts from pastry chef to proprietor and head chef. We talk to Glen “Foxcroft” Williams about his childhood dripping in gastronomy and his favourite places to eat after work

Not many people can say they were raised on ceviche, prepared in the traditional manner from a recipe learnt in the South Pacific. Nor can many chefs say they became the head of their station at one of the top 100 restaurants in the world at the age of 21. Chef Glen Foxcroft Williams can lay claim to both.

The young chef who opened up his first restaurant and bakery, Foxcroft, towards the end of last year at the age of 26, has had a lot simmering from a very young age. He always knew he wanted to cook but it would be an ad in a newspaper that set him upon the unexpected path to where he is now.

“I wanted to go to one of the more prestigious cooking schools but I couldn’t afford it,” Williams reminisces. “So I decided to do a gap year, work and save up. Then we found a six-month part time pastry course at a place called IHESA. It’s a very small school, pretty much no one has heard of it.”

But the Institute for Hospitality Education South Africa does indeed exist, with City and Guild accrediting and all, and it is here that Williams would get his part time start in pastry and a full culinary course. He also started working as a trainee at the Opal Lounge, where, as luck would have it, they were unhappy with their pastry chef and so within two weeks she was fired and he was left to fend for himself.

“Growing up, I didn’t have much of a sweet tooth, neither did my father, so I never really did much baking. But now everything I was doing was very new to me. I liked the exacting quality of it – the precision of things and the science behind everything.”

Wanted asked the most recent recipient of the Eat Out San Pellegrino & Acqua Panna Chef of the Year award about the many roads he travelled before ...
Voices
3 years ago

And so he fell into and in love with the pastry world and a year and a half later he made the move to La Colombe as an apprentice. Seven months later, at the age of 21, he would become the head pastry chef at  the 73rd best restaurant in the world.

“I found that as a pastry chef you were left to your own devices most of the time and afforded a bit of creative freedom a lot earlier than if you were a chef in the hot kitchen. Most head chefs don’t really want to get involved in pastry, so at quite a young age I was able to be creative and come up with my own dishes.”

The first of chef Glen’s creations to make it onto the menu was a rose water and coconut milk panna cotta with a lime syllabub, cashew nut shortbread pebbles, orange blossom yogurt – made from a reduction of orange juice and orange blossom folded into a yogurt – tiny baby pink rose meringues, and a rose water foam. It was on the menu for almost two years at La Colombe and was one of the first things chef Scot Kirton, executive chef of La Colombe and major share holder in Foxcroft, suggested should go onto Foxcroft’s menu when it opened.

Although a lot of the press at the opening focused on Kirton and the La Colombe connection, Foxcroft, for all intents and purposes, is Williams’ restaurant, complete with his family name on the door. 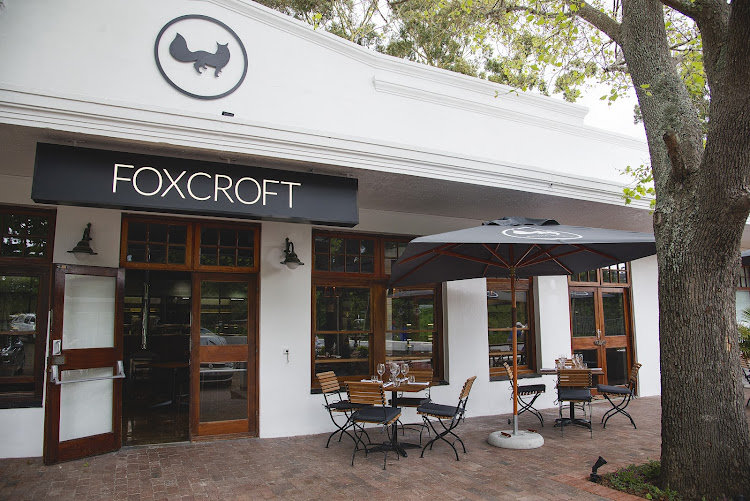 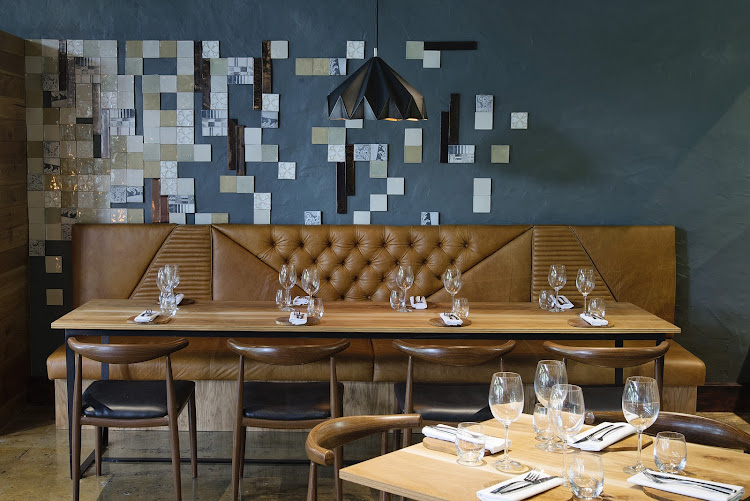 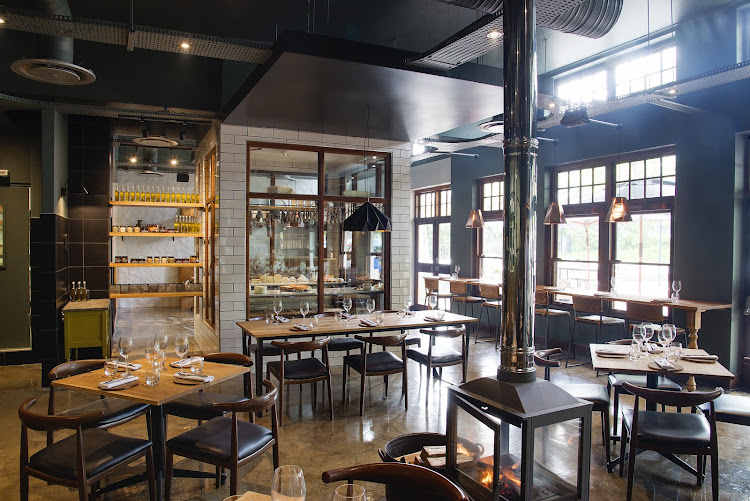 After seven years in pastry, he moved over to savoury and now as head chef designs all the dishes himself. These are often inspired by his days observing the hot kitchen at La Colombe, his savory food experiments at home and, more often than not, his father Dave’s cooking.

Dave Williams grew up in Kenya, Uganda, the South Pacific and “all over the place,” and would mix techniques and flavors from his travels with his Irish heritage to make experimental comfort food.

With over 500 cookbooks in the house, a garden packed full of exotic vegetables, herbs and over 27 different varieties of chillies, there was always something of interest cooking on the stove when chef Glen was growing up. It is little wonder that Dave’s enthusiasm and a few recipes would rub off on his youngest. One recipe is the aforementioned ceviche: overnight marinaded large pieces of fish in lime juice, onion, coriander and chillies with coconut cream added to the liquid the next morning to make a broth-like liquid called “tiger’s milk”. It is traditionally drunk as a shot along with the fish when served.

Younger Williams’ own take on the dish at Foxcroft makes use of a more diverse selection of citruses – limes, oranges and grapefruit – to create an added dimension. He takes the tiger’s milk, strains it, and turns it into a foam, aerating all the subtle aromas from the onion, chilli and coriander. It is the same dish, only elevated.

“My dad influenced me a lot and sometimes in ways I didn’t even realise. We had a dish of elderflower donuts on the menu – whole fresh elderflowers dipped in elderflower batter then deep-fried. I found out from my sister that part of reason I find the aroma so amazing is that my dad used to have elderflowers growing in the garden and he would make us fritters with them. I was just too young at the time to remember, but that was an influence I didn’t even know about.”

It is with dishes like these on the menu, that Foxcroft won the Eat Out Retail Capital New Restaurant of the Year award last year, only seven weeks after opening its doors – proving conclusively there is more to Williams than his deft sweet touch.

Some dishes off the Foxcroft menu 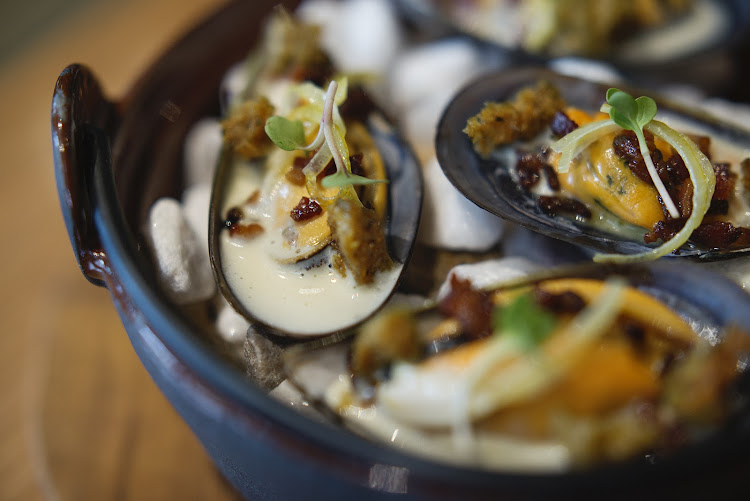 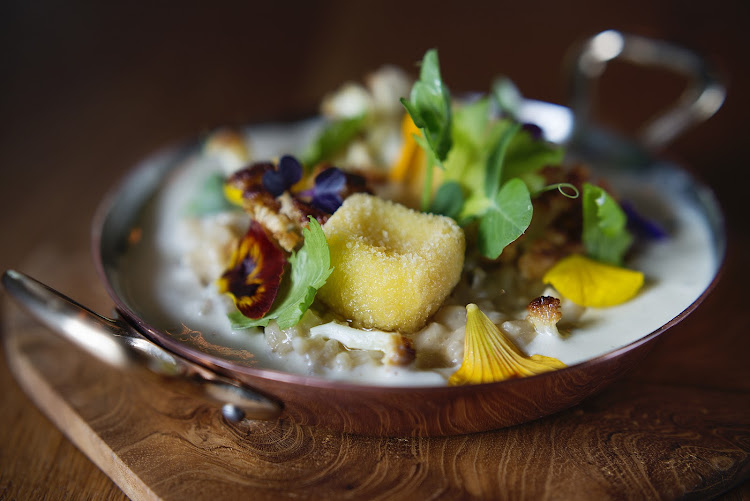 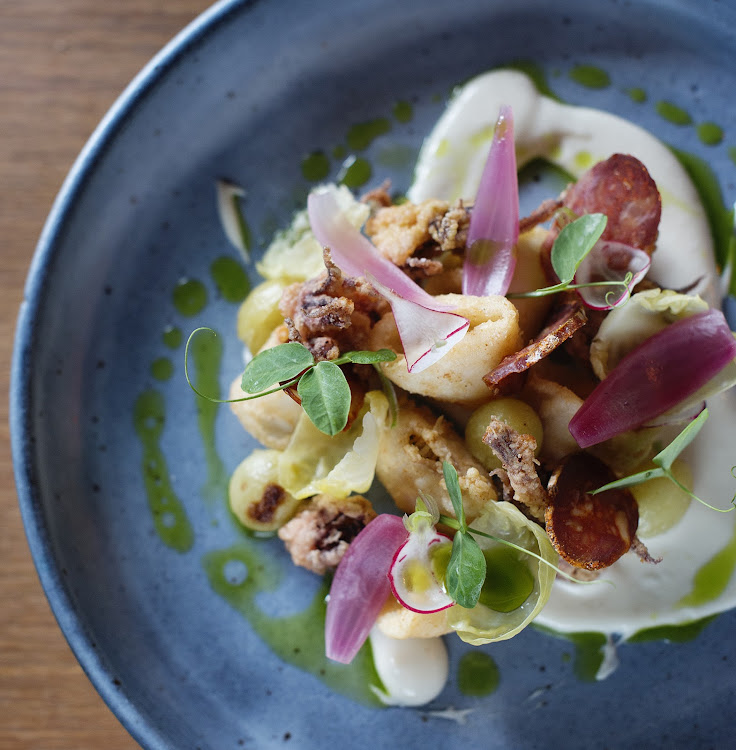 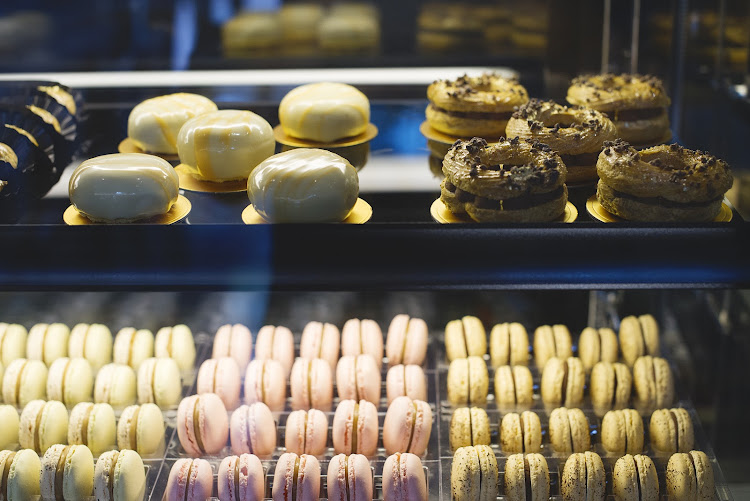 When he’s not eating waterblommetjie bredie at home with his girlfriend, these are chef  Glen’s top three favourite restaurants:

Taberna do Mercado, London
“It is a Portuguese tavern in Spitalfields, London, owned by Michelin star chef Nuno Mendes. I have only been there once, two years ago, but it was one of the most unbelievable meals of my life. It was very lowbrow, very simple food, but it was absolutely incredible.”

The Hoghouse, Pinelands
“It’s a definite favourite. Barbeque is just one of those wonderful things that you prepare for and starve yourself a little before you go because you know you’re going to eat so much you’ll practically die by the end of it.”

Man ho, Parklands
“I only went there recently but it is probably going to be my new favourite because of their traditional Cantonese dim sum. They have three menus, two “white people menus” and one proper Cantonese menu. Make sure you get the dim sum menu for all sorts of beautiful rice rolls, really nice congi, three different types of chicken feet - which are delicious - and all sorts of proper Cantonese stuff.”

Jordan Peterson: ‘One thing I’m not is naive’

Shelflife's new spot in Rosebank is a mecca for ...