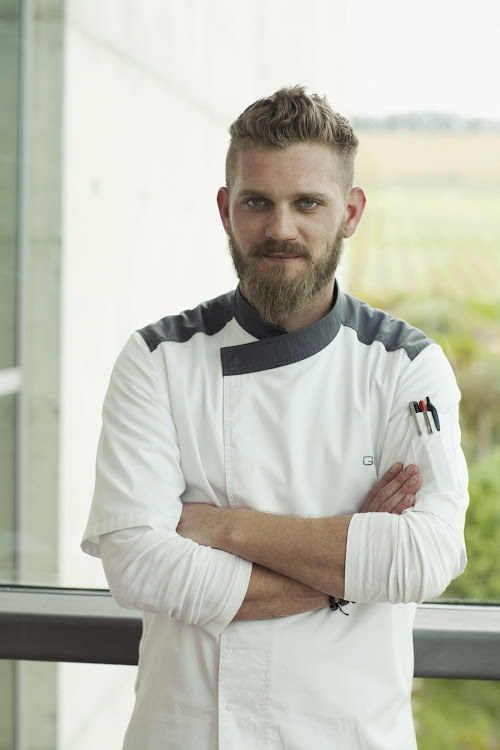 When chef Gregory Czarnecki speaks about his life, a certain phrase pops up in conversation more than most: “I packed up my life into two big suitcases.”

The Frenchman who arrived on South African soil eight years ago with said bags eventually made his way to the bunker-like establishment nestled in the hills of the Waterkloof Wine Estate and has been plating his way up the best restaurant charts ever since. But this was not the first big trip taken by the “Picasso of the plate” in following his dream as a chef. In fact, it is one of many that started in his teens.

The first trip Greg Czarnecki took was when he was 15 days old and his parents moved to Sweden, only to move again a few months later in what would become the first of many trips to South Africa. Due to the nature of his father’s job – that sometimes involved steel factories in Saldana – Czarnecki had lived in a total of 19 countries by the time he was 17, spending eight months to a year in each place as he home schooled himself and soaked up the food and culture.

“When you’re in Mexico you eat and you learn how to cook like them; and then we landed up for a year in China seeing how they do their thing; and then lived for a year in India; so I have been exposed to a lot,” Czarnecki reminisces. “The amazing thing about food is the fact that you can take the same ingredients and prepare them in so many different ways. I think that fact made a big impact on my deciding to be a chef.”

When not diving into the local food scene, Czarnecki enjoys traditional French flavours: Big, rich homemade meals made with fresh ingredients such as his favourite duck a l’orange. He still gets excited when he speaks about his mother’s take on duck confit in orange juices sitting on a bed of flapjacks laced with saltanas. He insists that try as he might he still can’t make it as well as she can.

“There is a specific trick, I don’t know if it’s watching TV while she is cooking or what, but I can’t get it.”

If outstanding wines can be likened to poetry, then the food at Waterkloof Wine Estate restaurant in Somerset West can best be compared to plated art.
Food & Drink
5 years ago

It’s moments like these and the countless mornings waking up to pots simmering on the stove that forged in Czarnecki a love for cooking from a young age. When he finally found himself back in Burgundy at the age of 17, getting ready to do his finals for school, he took a break from studying to work in a Michelin star restaurant for a week, just to, you know, clear his head.

It was an experience that he enjoyed so much that after battling against the impersonable teaching ways of “300 students and a teacher with a microphone,” he left a degree of economics and politics to go back to apprentice at the restaurant.

“Maybe if I stayed with it, I would be some businessman somewhere, working nine to five, being very relaxed but I don’t know. I just believe that life is too short to do things that you don’t enjoy.”

After two years of working in and around the region for various starred restaurants he once again packed those two big bags and went to work in Paris, as he says all serious chefs are wont to do, only to became the sous chef at the then three-starred Lucas Carpon.

Soon he was again living out of a suitcase as he traveled between Brussels, Geneva and Paris consulting on the restaurant’s menus, making sure it was up to Lucas Carpon standards. It was a lonely life, he says, which is why when he finally had some time off he went on holiday to South Africa and caught up with a girl who stole his heart in 1997.

“So that’s how I left Paris, with two big suitcases, and I arrived in South Africa not knowing anybody in the industry. A couple of months later I received a phone call from the owner of Waterkloof and he asked me if I was interested in the project. Eight years later, here I am.”

To this day Czarnecki has no idea how Paul Boutinot got his number or found out about him in the first place but since that day he has been working hard in Somerset West making a name for himself and refining his vision that he feels is finally coming together now. The Eat Out judges clearly agreed, earning him South Africa’s Best Chef award in November last year.

Chef Czarnecki’s newest vision debuted in Pretoria last week at a dinner he prepared in collaboration with Chantel Dartnall at Mosaic at The Orient.

Once finalised, the new dishes will make their way back down south to Restaurant on Waterkloof. One of the new dishes on the menu is a slow cooked scallop served with oven roasted persimmon, mushrooms and truffle; a dressing of cultured cream with a bit of mustard; seasoned with a langoustine oil.

“Every chef, when they are in a new restaurant, takes a bit of time to thaw and be happy with what comes out of the kitchen and I think now I am satisfied. I’m always trying to do better and do new stuff but it takes time to know yourself, to know what you are capable of doing. That doesn’t mean I intend to sleep on my laurels! You always need to work for your goals or else your goal is just a dream.” 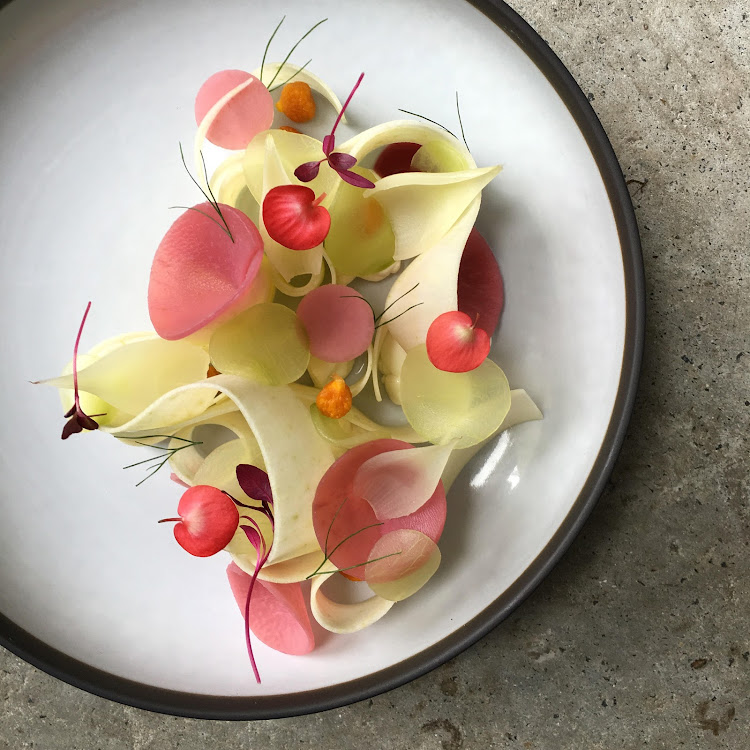 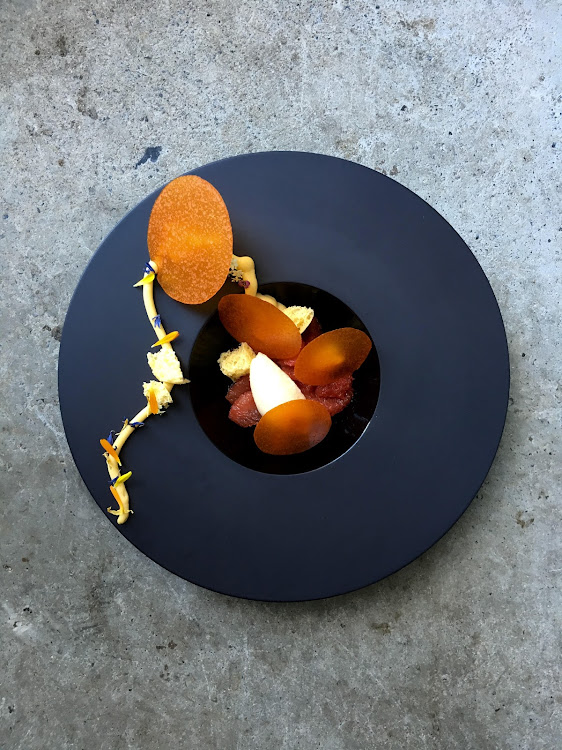 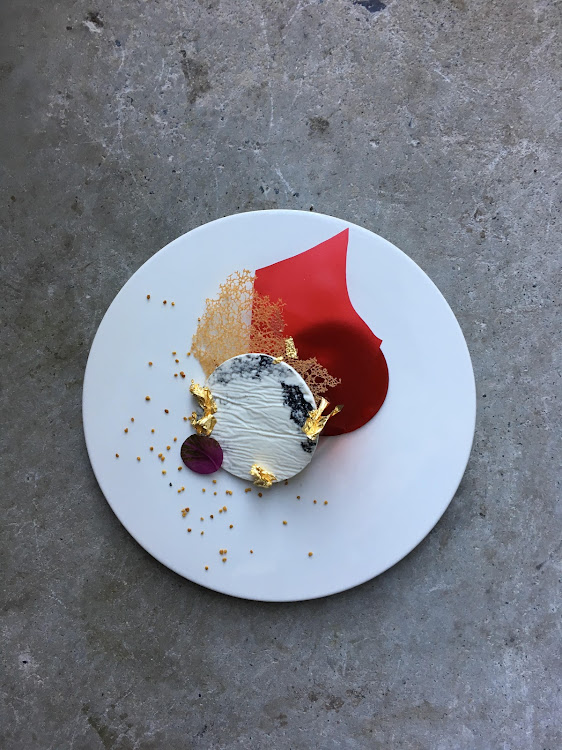 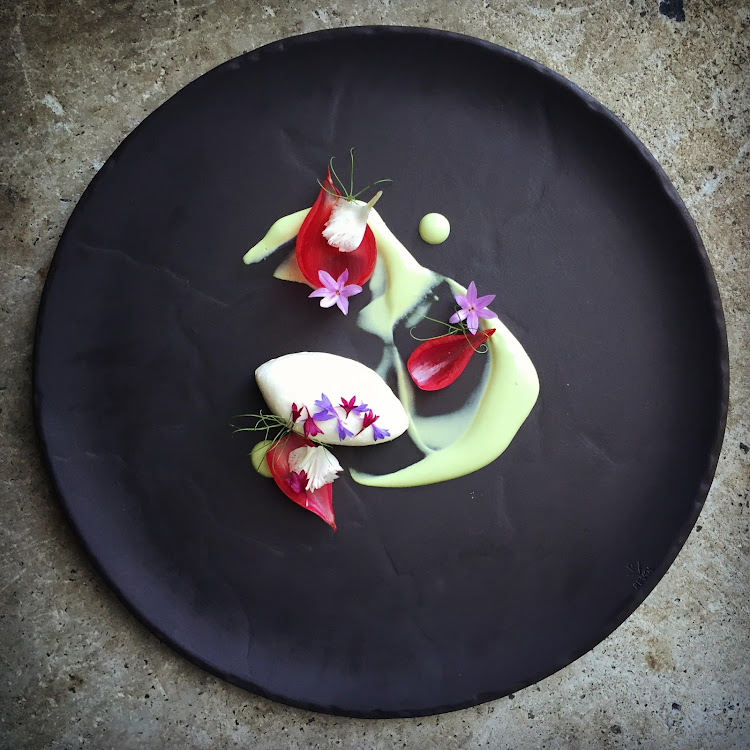 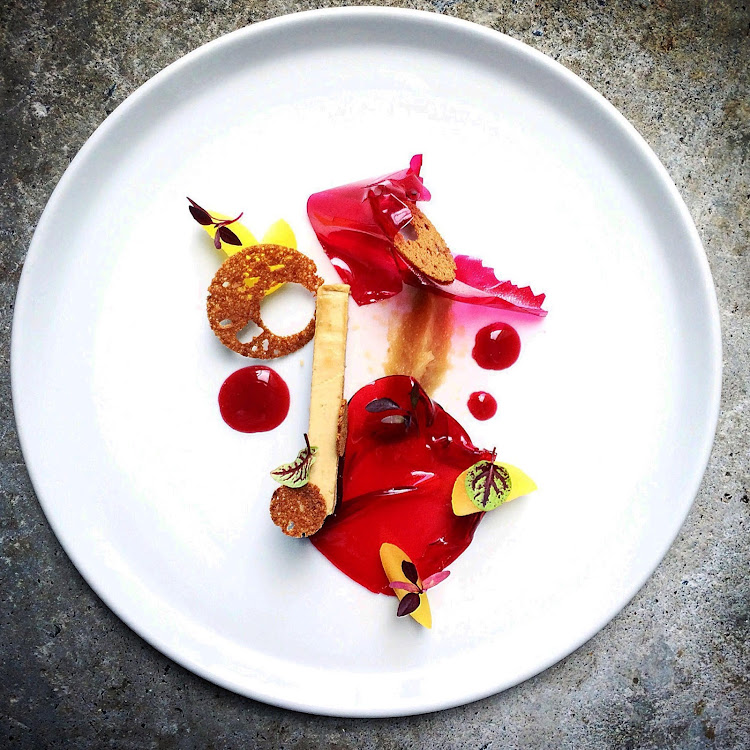 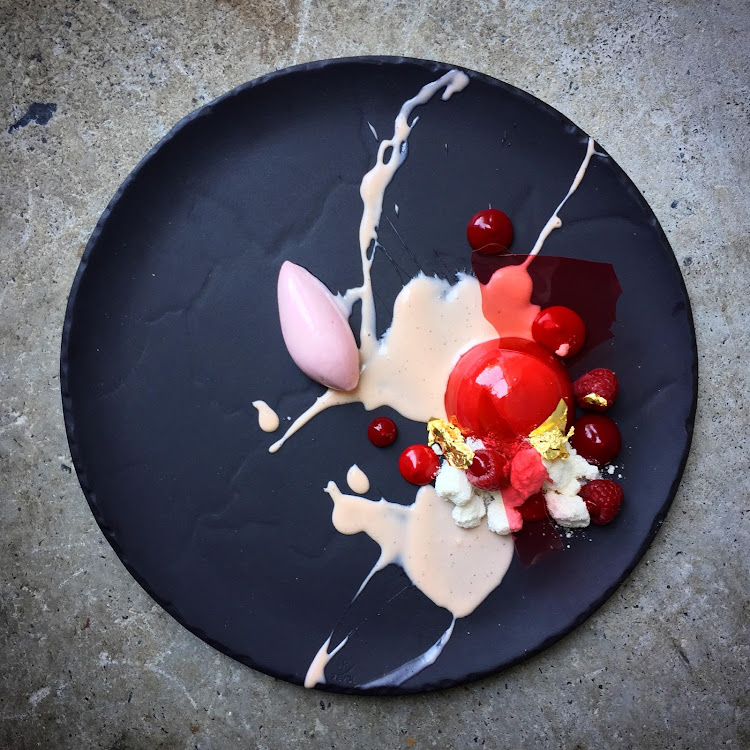 When he doesn’t dream of one day eating at his culinary hero Daniel Humm’s establishment, Eleven Madison (and current best restaurant in the world), these are Chef Czarnecki’s favourtie places to eat and relax:

“A sushi place that has been here for years. It’s our go-to place on a Monday night.”

“If I want something that is a bit more of an experience and want to take two or three hours for lunch or dinner, then I will go to Rust and Vrede for a great time.”

Mosaic at The Orient, Pretoria

“For a magical experience I will go to Mosaic. Chantel has a feminine touch and I really admire her as a chef because of her specific style of cooking. We have the same cooking philosophy – obviously she is more botanical than I am – but I think we have the same vision when it comes to cooking and everything she does there is unbelievable.”

Award-winning botanical chef Chantel Dartnall talks us through her journey with food and shares insider secrets about her favourite restaurants to ...
Food & Drink
4 years ago

To find out more or to make a booking visit waterkloofwines.co.za/