The heady heyday of Vanity Fair

Dana Brown’s memoir is an amusing, gossipy peek behind the covers of the ultimate glossy 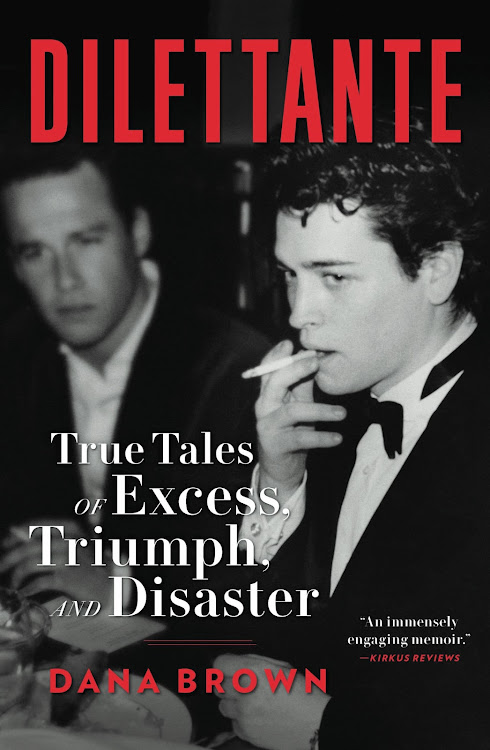 Throughout the 1990s and into the 2000s, the Western cultural world was ruled by glossy magazines. And the glossiest of the glossies were those produced by Condé Nast: thick and heavy with shiny paper, fragrant with interleaved perfume samples. High up in the New York sky, the devil in Prada reigned at Vogue while other titles proclaimed on subjects such as architecture, food, interior design, and men’s fashion.

But everyone knew that the real jewel in the Condé Nast crown, the ne plus ultra, was Vanity Fair. VF, as it was known, had been reinvented in the 1980s by the Valkyrian Tina Brown, who bedazzled it with celebrities and a delicious mix of high and low culture, blending scandal with serious reportage. Its circulation rocketed. When a virtually unknown Canadian editor named Graydon Carter was earmarked for the august New Yorker magazine, a by now bored and hungry Brown had a hissy fit, grabbed the New Yorker for herself, and tossed Carter VF.

Carter was a literary man who edited a satirical magazine, what did he know about celebs? But he settled in for 25 years and what would be the golden age of VF and magazines in general. Movies were booming, a new generation of stars was rising, and, crucially, European fashion houses were going global. That meant advertising. Lots of it. And money. Lots of it. Into this extravagant, excitable world stepped a 21-year-old college dropout named Dana Brown, who worked behind the bar at the restaurant the Condé Nast staffers frequented.

He was a slacker, caring only for his punk band and living hand-to-mouth on the Lower East Side. But he was handsome and agreeable and soon part of the team who catered small dinners in Carter’s apartment. Carter liked his openness and humour and, against the incensed advice of the HR department, hired Brown as his PA. A boy who had never used a photocopier. But could he party. Dilettante (Ballantine Books) is his amusing, self-deprecating memoir of his rise from PA to deputy editor of the magazine at its zenith.

Subtitled True Tales of Excess, Triumph, and Disaster, it’s a delirious story of bad behaviour but hard work, too. He gives us fascinating insights into the workings of the magazine. Carter revered his writers and gave them space on the pages — it was what set VF apart from other magazines. It was the age of stars such as writers Dominick Dunne and Christopher Hitchens, and photographer Annie Leibowitz. Stories were worked on for months with limitless budgets and were often spiked at the last minute. Only the very best got into the pages.

Six of the best

Stoke up the fire and wrap up in a blanket... these are some of the most riveting reads on the shelves this winter
Voices
2 months ago

They took risks — no one had ever imagined, let alone tried, a three-panel gatefold cover, but Carter pulled it off for what became the famous annual Hollywood Issue. And that begat the infamous VF Oscars party. Brown has wonderful anecdotes about the VF parties, of refusing an incandescent Donald Trump entry, of the designer Marc Jacobs screeching at him at the door, cocaine flying from his nostrils. Magazines were awash in money, and shoots would feature dozens of assistants and assistant assistants. Chauffeured town cars were summoned, private jets were hopped on, and many, many meals were expensed.

Brown sets out what he calls “the four horsemen of the magazine apocalypse”: the financial crisis, the iPhone, Facebook, and Twitter

Brown heard tales of editors paying their rent, kids’ school fees, nannies, even prostitutes and drug dealers, and then getting those charges reimbursed. The company gave editors low-interest loans on fancy apartments. After all, they were the most important ingredient in the company’s success. “We had a role in the culture,” says Brown, “and that was to be curious, to have taste. It was a 24-hour job, constantly looking for the next thing, the next great actor, the next great book, film. What’s going to be hot. We worked hard at it.”

So powerful were these tastemakers that the important magazines moved the needle on popular culture, their arbitration setting trends or killing them. But ultimately, it couldn’t last. Brown sets out what he calls “the four horsemen of the magazine apocalypse”: the financial crisis, the iPhone, Facebook, and Twitter. Magazine editors have been replaced by algorithms, he laments. “There’s no discovery any more, we’re constantly fed stuff — ‘if you like that then you’ll like this’.”

Now everyone is posting, tweeting, tagging, creating their own ecosystem. “We used to BE the ecosystem.” The magazine world as we knew it is long gone, and VF now is a thin, humourless, and slightly earnest shadow of its former self. Thankfully, for those of us who miss the wit and sharp writing of the old VF, Carter has started an online magazine called Airmail Weekly. Every Saturday it lands in my inbox containing what he calls “old school rigor and new school smarts”. In a sea of mediocre content, it’s a beacon.

Dr Erica de Greef, co-founder of the African Fashion Research Institute, discusses her recent publications and what it means to be a decolonial ...
Fashion & Grooming
3 weeks ago

Dipo Faloyin dismantles a continent’s worth of inaccuracies, one stereotype at a time
Voices
2 months ago
Next Article
Commenting is subject to our house rules.
© Wanted 2022 - If you would like to reproduce this article please email us.