Dr Erica de Greef, co-founder of the African Fashion Research Institute, discusses her recent publications and what it means to be a decolonial fashion activist 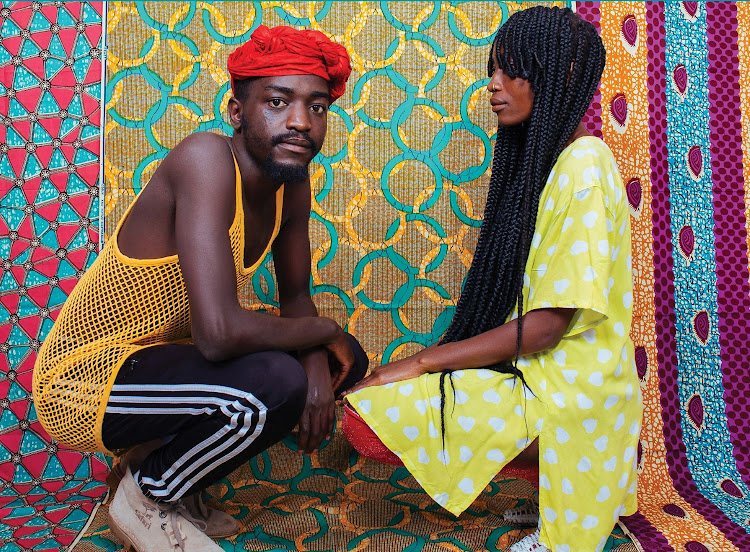 Dr Erica de Greef is a researcher and curator, whose work encompasses decolonised fashion narratives, research and resources. Through her internationally renowned work and as a co-director of the African Fashion Research Institute, de Greef has become an icon and role-model for the current and future generations of critical designers and conscious creatives.

She was the first Fashion Curator at the Zeitz Museum of Contemporary African Art. Her curation, like her work, is as innovative, decolonial and urgent in building and empowering the historically marginalised through institutional and academic networks. The African Fashion Research Institute (Afri) was co-founded by her and Lesiba Mabitsela, and focuses on the politics, power and potential of the continent’s contemporary fashion and its legacies. AFRI engages local and global Africa fashion stakeholders — from students and designers, to academics and patrons — to spark public interest, engage on decolonial research projects, and promote educational outreach and collaboration.

Conceptual, creative and institutional communities have been developed through AFRI’s network, allowing African designers, brands and academics to collaborate and engage in important work, locally and in dialogue with international tertiary institutions and museums.

De Greef’s unique and profound understanding of contemporary realities is coupled with deep academic knowledge and an intellectual passion for the present state of the industry, and for a more inclusive and representative future. Her critical field of fashion theory is endorsed by her extensive experience of lecturing in tertiary fashion education, and continues through research projects, talks, publications and collaborations around the diverse and rich socio-cultural spaces of the multi-disciplinary environment of fashion.

De Greef holds a PhD in African Studies from UCT with a thesis titled Sartorial Disruptions, that explores the apartheid and colonial legacies that continue to influence museum collections of fashion.

What does your practice entail?

I’m a curator in the space of fashion; quite an innovative space, considering that curation is mostly left to the art world. I’m mostly an educator, and use fashion curation is an invitation to learn through exhibition making. I studied fashion and worked as a designer and fashion lecturer for many years. As a lecturer, I was continually developing materials relevant to an SA fashion scene, and so I wrote a lot.

In a nutshell, I am a decolonial fashion activist.

It started with setting briefs, and exploring SA fashion histories. I then began writing conference papers and journal articles; contemporary writing about fashion on the continent was so absent. The need to decolonise fashion studies was necessary 20 years ago. It still is today. My question then was, how do you talk to that absence? You've got to write it into being.

In a nutshell, I am a decolonial fashion activist.

Tell me about your work

The latest book I have contributed a chapter to is the recently published, Creating African Fashion Histories. The book was edited by the conveners of the conference that coincided with an exhibition, titled Fashion Cities Africa at the Brighton Museum in 2017, before moving to the Tropenmuseum in the Netherlands. 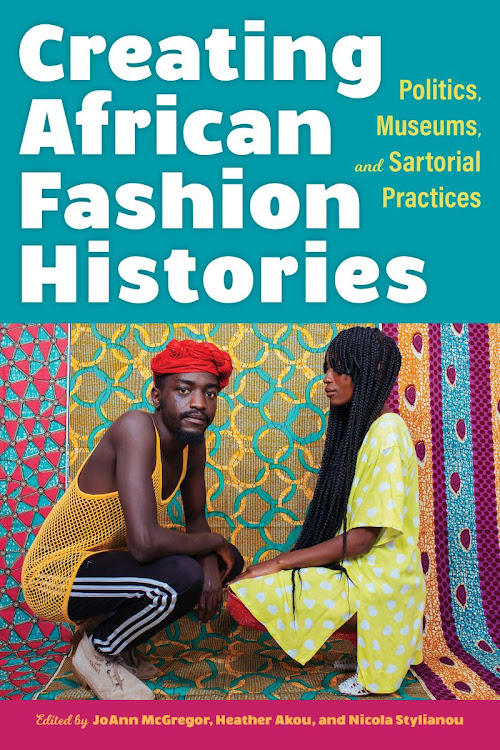 I attended the conference and the chapters in the book are the outcome. This exhibition was the first that brought these two words together, namely “fashion” and “Africa”, because fashion had largely been allocated to ideas of Western fashion, and African dress was generally still consigned to ethnographic museums. The book, Creating African Fashion Histories traces some of the complexities of that inherited history of African fashion in museums.

Another exciting book, Rethinking Fashion Globalisation, was published by Bloomsbury last year. I was a co-editor of the publication together with Prof Yoko Takagi from Bunka University in Japan and Dr Sarah Cheang from the Royal College of Arts in London. Again, it followed a symposium that was held in Japan on rethinking fashion globalisation in 2019. The book explores the ways in which certain fashion histories have been silenced in the global narrative of fashion; that it all started in Europe. Fashion is so strongly embedded in a colonial history, it continues to silence Asian fashion histories, indigenous fashion histories, and African fashion histories. We need to rethink how and where fashion started and moved, to begin to rewrite fashion histories as more inclusive and more diverse. 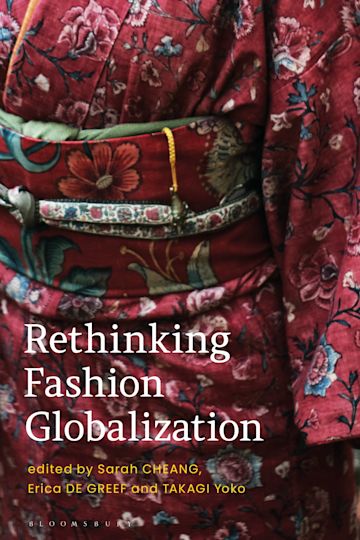 What are some of the changes you see within the local and international fashion industries?

There has definitely been a shift. I think Black Lives Matter had an incredibly powerful ripple effect in terms of whose stories mattered and whose life histories and sense of being in the world mattered. Black Lives Matter in combination with Rhodes Must Fall, was instrumental in terms of decolonising educational curricula, as well as museums, art institutions and media; in terms of whose voices are being heard in the magazines, and whose images are being placed on the covers.

That entire move towards representation and diversity has meant that there has been a very different welcome to fashion from this continent. That was the first really important shift; an awareness towards decolonisation. Then I think the second shift, which I think is equally impactful, is the power of social media and digital access, which has brought very different voices into the same playing field. In an Instagram feed you can have a story by Vivienne Westwood followed by a story by Cedric Mizerio, a designer from Rwanda. They live on the same page, they share the same digital space, and they occupy the same attention. The opportunities to reach audiences have been disrupted. It has shifted the power of African fashion creatives to engage in a global dialogue. I think that’s an incredibly important shift to the way in which our stories are being heard.

Our shared future: Reckoning with our racial past

The Moleskine Foundation and The Smithsonian Museum embark on an encompassing experience of art, discourse and education at Constitution Hill this ...
Art & Design
4 weeks ago

Then, going back to the exhibition in 2017 that resulted in the publication of Creating African Fashion Histories, there have been more that have followed. An exhibition at the Central Museum in the Netherlands, Voices of Fashion, featured acknowledged voices from African and diaspora creatives, from around the world. Africa Fashion is the latest exhibition, having just opened at the V&A Museum, from around the 1950s-1960s to now; putting the creative power and agency of African fashion on a global stage.

And next year there will be two important exhibitions featuring fashion from Africa and the Diaspora in New York. So that’s the third factor of change I have seen. Firstly, it was the awareness through social movements, secondly it is the digital revolution, and thirdly, it is what’s actually being shown in museums.

I think the pushback is being articulated through fashion by Africans in terms of reclaiming, occupying, rewriting, and taking back power, voice and visibility. And more so, it’s no longer just about us, but it’s by us. I think there has been a shift in agency in terms of who’s telling the stories and where acknowledgments are overdue. The refusal of being appropriated and spoken for, has allowed new spaces for African creatives to be heard.

What is the African Fashion Research Institute?

In 2019, I co-founded the African Fashion Research Institute with Lesiba Mabitsela, who is a creative practitioner based in Johannesburg. Our aim is to host, promote, make visible, and reclaim stories around contemporary African fashion and the way in which contemporary fashion practices draw in and make visible alternative fashion archives.

We are really interested in finding ways that deepen the dialogue around the work of local designers.

We are very interested in the threads of the past as ways to map out fashion futures, but also in making known the rich legacies of fashion in SA. Designers like Thebe Magugu, Rich Mnisi, Sindiso Khumalo and Wanda Lephoto, for example, are calling into their practice ideas of the past in very important ways. We are interested in the ways in which those pasts are being illuminated, and how digital platforms can share these stories.

What projects are you currently working on?

I was recently in Johannesburg working with Wanda Lephoto and Alison Maloney, a curator from the UK, researching the complicated coloniality of fashion collections in museums. We are exploring the possibilities of creative practices such as photography as a methodology to carve a pathway forward for these complicated collections. The African Fashion Research Institute is presenting the work of Wanda Lephoto at the Turbine Art Fair in July, as a means to extend a more critical dialogue around fashion that is so often absent in general fashion media. We are really interested in finding ways that deepen the dialogue around the work of local designers.

We also try to expand critical writing skills that will support a deeper understanding of SA creative practices. We continue to be involved in quite a lot of educational projects, such as The Digital Multilogue, a global fashion education think-tank aimed at rethinking fashion education. And we host an innovative online course, “African Fashion(?)” that deals with questions of stereotype and language in relation to writing about fashion.

Lastly, we are working with a few more publications; there’s a chapter we are writing for a Handbook for Men’s Fashion; an edited volume on Other Fashions; a journal article on new developments in fashion and cultural studies; and possibly, a research paper that supports some very exciting work with the Design Futures Lab that sees African creatives bringing together sustainable fashion and new technology.

These are the things that keep us busy: publications, education and exhibitions. These spaces also afford us amazing opportunities to continue telling new and important stories about African fashion.

African artists are questioning — and bridging — the divide between fine art and craft, using textiles, wire, rope and even objects that are ...
Art & Design
2 months ago

Film screenings and performances are part of an accompanying public engagement programme
Art & Design
3 months ago
Next Article
Commenting is subject to our house rules.
© Wanted 2022 - If you would like to reproduce this article please email us.