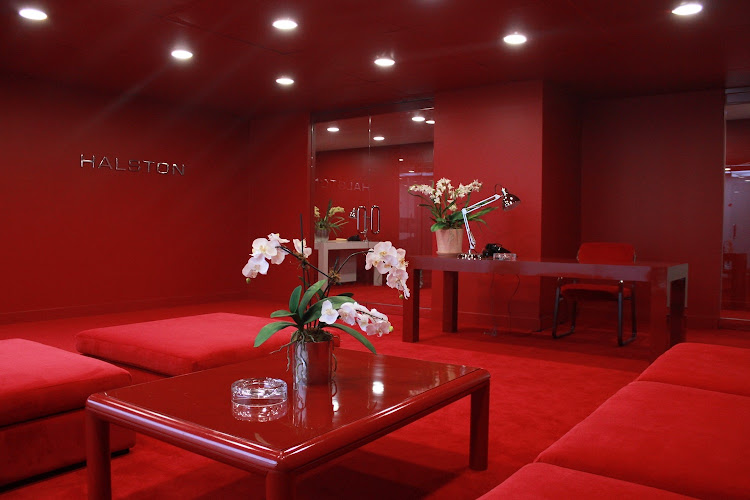 On both Instagram and Pinterest, I sit and scroll through the images the tag throws up, for hours. It’s easy to fall down a rabbit hole of beauty. The big prize in this online amble is coming across a new image of, say, a bath or floor tile that is so mesmerising I immediately add it to my own collection of décor references. I’m not in the market for a flat refurb or major redecoration, but that doesn’t stop me from filing these gems in a folder labelled “dream house”. It is currently a cloud-based dossier so thick with photographs of low-slung sofas lobster-orange lounge accents, and Shaker kitchen cupboards that I could build a city off the ideas, never mind a home.

Sarah Buitendach: The art will save us

Yiadom-Boakye's work, the first Black female artist to have a major exhibition at Tate Britain, can lift our spirits daily
Voices
8 months ago

Movies and TV series are two more of my aesthetic wellsprings. The green velvet curtains in Cameron Diaz’s bedroom in The Holiday, the antiques and carpets in Crazy Rich Asians — even the perfect blue walls of Carrie Bradshaw’s apartment in the original Sex and the City series — these are all mentally banked for when I’ve made my billions. Luckily, lockdown couch-lying has provided a whole new array of design inspiration. Take the lush Hawaiian décor vibes of HBO’s The White Lotus. Amid class and race tensions and a death, you’ll spot hotel rooms bursting with verdant palm-frond fabrics, and every one of the swimming pools viewers glimpse is heavenly. It all made me want to go on holiday immediately. Or, at least, turn my own space into a tropical paradise — sans entitled Americans, obviously.

The recent Halston miniseries on Netflix was basically the zenith of exceptional taste. Fabulous ’70s couture peppered the biopic about famed American designer Roy Halston, but it was the apartment and office interiors that stole the show. An ’80s wall-to-wall blood-red lounge dripped sex, and his Montauk beach house offered the perfect assemblage of eclectic bits and bobs. I wanted every single piece of art and furniture in every scene.

My latest cinematic decorative crush is Only Murders in the Building. The whodunnit stars the always-cool Selena Gomez and ubermenschen Steve Martin and Martin Short. The other lead character in the series is a fictional Manhattan building called the Arconia. Woven between opening credits that pay homage to The New Yorker magazine, whip-smart dialogue, and a filmic style that dips into magic realism, it’s the various apartments in the complex that light up the show. Martin’s apartment is minimally sophisticated, while Short’s is a jewel box of rich fabrics and the detritus of a Broadway producer’s career.

Gomez’s apartment is a shell under construction, but it’s still enviable. Sometimes you glimpse other residences in the block too and they’re fascinating. The show was filmed in an Upper West Side building called the Belnord. In the real world its apartments are just as glorious. I’d move in immediately, but there’s just the little sticking point of their selling prices starting at $4 million. So what if they’re marginally out of my budget? They still look very at home filed under “dream house”.

Quick questions with lifelong photographer, and passionate champion of the arts Saki Zamxaka

The Rich duality of beauty and fear