Societal demands placed on men are unrealistic and dangerous, the writer says, yet the gaps in her argument are hard to ignore 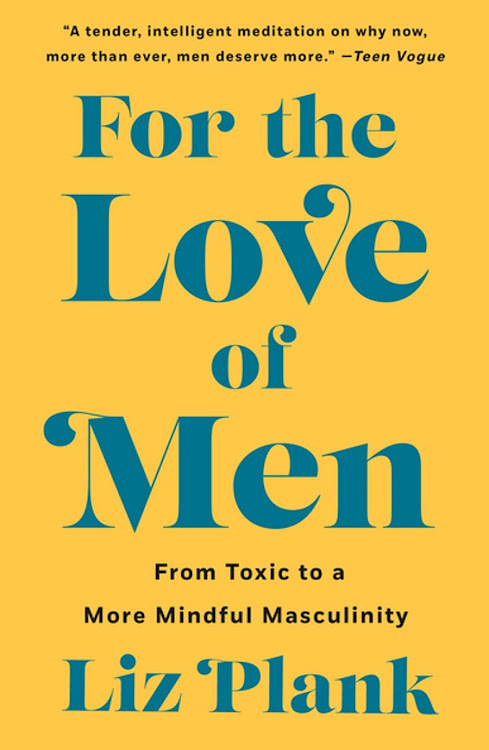 Liz Plank, a Canadian journalist, has written a book on the dangers of the status quo between men and women. The book, called For the Love of Men, addresses traditional idealised masculinity and the burden it places on men. There are parallels between the unrealistic beauty standards that have long plagued women’s own preconceptions of their looks and the societal expectations placed on men. Plank argues that these are unrealistic — and unchallenged — norms.

Idioms such as “boys don’t cry” and gendered segregations such as “Barbies are for girls” have led to a culture in which men have learnt to hide their feelings and anxieties, and that their masculinity must constantly be proven. The messages they receive are outdated and repetitive: They must be the breadwinners; they must be the romantic pursuers. If you’re a man, you’re supposed to be strong and independent. If you connect deeply, especially with other men, it’s probably because you’re gay. If you crave deep, emotional bonds, you are a bit soft.

Plank is raising the alarm to the effects of these tropes. In the opening paragraph of her book, she announces, “There is no greater threat to humankind than our current definitions of masculinity,” and some of the worst victims of toxic masculinity are men themselves. Men are the main perpetrators of rape and murder, and suicide claims a disproportionate number of men. The male bias towards camouflaging vulnerability — expressed, for example, in a regular unwillingness to address potential health problems, be they mental or physical — is a cultural remnant of when family life depended on men getting up to work and fight.

This is something our society has long outgrown. And so, Plank has written a guide for a more mindful masculinity. Plank’s concern is with more than just toxic masculinity. She is worried that the way our politics and our cultural conversation around men are structured actually leaves them behind. She describes her book as “a love letter to men. It is a feminist book that is really interested in men’s experience of their gender and that views masculinity not as the problem, but as the potential solution to a lot of the world’s biggest problems.” Plank became intrigued by the way we speak about gender and the patriarchy.

The system that tells us that women and men must act a certain way is well established to be prejudicial to women in several ways. This conversation has become mainstream. We have everyone from Beyoncé to Netflix documentaries talking about feminism. We have business leaders who are women. We have library shelves full of books devoted to and myriad resources and spaces to facilitate the conversation around how girls can break free from that system. We know now that feminism doesn’t have to look like anything other than what a woman wants it to look like for her. There is not the same space and understanding when it comes to support for men.

Plank asks, “Why weren’t we talking about how this system was bad for boys, too? It was as if in some of these spaces, we just accepted that men were trash, that they needed to show up and shut up.” Of course, this is complicated, but treating men as if they don’t know better — perpetuating the old adage “boys will be boys” — denies one of the fundamental truths about men: that they are more than capable of self-improvement.

I’m disappointed that Plank oversimplifies the behavioural traits of men as damaging and unhelpful while behavioural traits in women are healthy and good. I think it’s reductive to ignore the areas in which masculinity serves society for the better. Personally, I’m often grateful for the rational counterpoint my partner provides.

I mean, I get it. Men are often associated with a type of surface[1]level emotional reasoning that can be frustrating. But one could also argue that women are inclined towards unhealthy depressive rumination, and that the tendency of men towards rational coping can be effective — even helpful — for women, in some circumstances. A study found that a higher degree of rational coping is associated with greater psychological resilience.

One might, reading the book, forget that women are thought to have higher rates of mood and anxiety disorders than men. My takeaway is that the problem is not men — it’s masculinity. Especially idealised masculinity in excess. It might make you scoff, but masculinity needs a makeover. Men, and the world in general, would be better off if we could foster more intimate friendships between and with men and more honest interaction between men. We need to establish when aggression in men becomes dangerous and facilitate healthy channels through which it can be expressed.

So, what does Plank envisage coming from a mindful understanding of masculinity? She covers it in a recently posted Instagram video: a world with better relationships, less divorce, men living longer, women not being rehab centres for hurting men, a drop in suicide among men, more men going to therapy, more women economists, more men in education, more women in engineering, more men in social work, children reaching their full potential as human beings, boys being told they can do whatever a girl can do, and girls being told they can do whatever a boy can do. All the joy we could experience if we were all a little freer.

Shubnum Khan’s adventures of a lifetime, from travelling the world to having multiple identities on the internet
Voices
1 year ago