Make your mark with Montblanc’s new collections of soulful timepieces 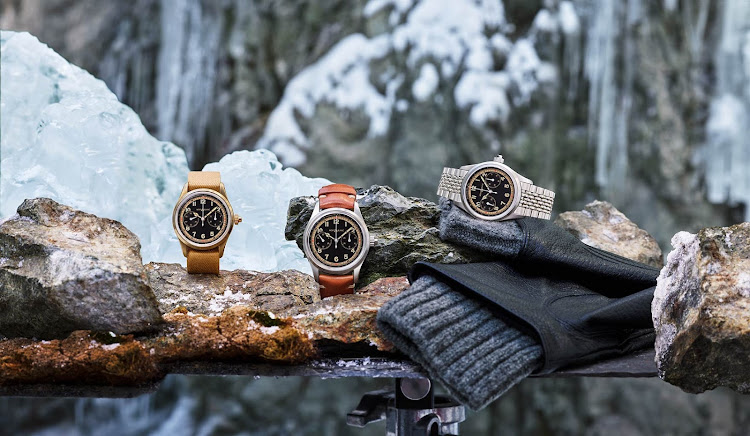 The beauty of the Montblanc timepiece collection is its broad appeal. From entry-level enthusiast to collector, there is something to attract the consummate businessman, sartorial gentleman, urban explorer, and the tech-savvy watch enthusiast.

And that’s not just marketing speak. The more you immerse yourself in a brand, the more you understand where the inspiration comes from, the creativity, the passion. Montblanc believes everyone can make their mark, and that is always top of mind.

The maison began its pioneering path creating writing instruments in Hamburg in 1906. Leather goods — which feature in the straps of timepieces — among other covetable accessories, are created in its Pelletteria in Florence, while timepieces are carefully crafted in Switzerland. And there lies the hallowed ground on which I have been fortunate enough to tread.

“Just as a soul remains long after its body is gone, our pieces are crafted to perform superbly and symbolise elegance for many lifetimes,” is Montblanc’s philosophy.

And that’s the thing. Soul. Every piece has it. The challenge is choosing only one to own.

Davide Cerrato, managing director of Montblanc’s watch division, took an exclusive group of journalists through this year’s releases via the business model du jour (aka Zoom launch) earlier this year. 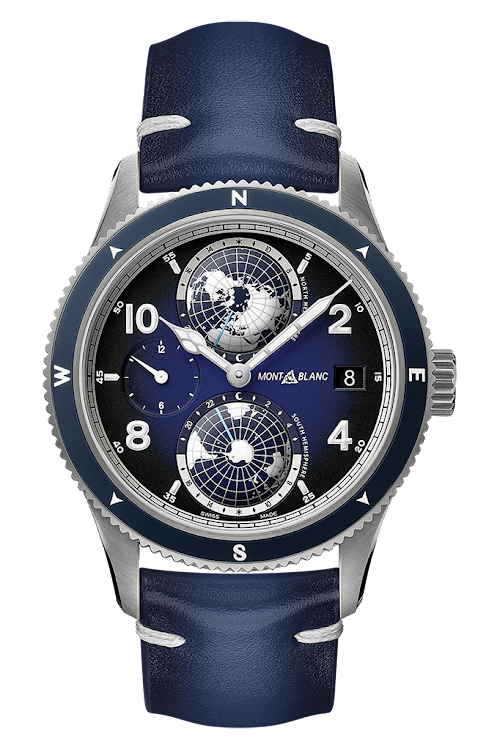 Montblanc’s Movement & Innovation Excellence Centre in Villeret is located in the same building where the legendary Minerva was founded in 1858. It focuses on the development, prototyping, and assembly of all in-house movements. Here, the most traditional horological operations, with all their micromechanical refinements, are still meticulously performed by hand.

Four years after Montblanc’s establishment of the Montblanc Manufacture at Villeret in 2011, the maison launched its Tourbillon Bi-Cylindrique watch with the MB65.63 calibre. It was the world’s first wristwatch to feature a tourbillon with two cylindrical balance springs.

In Le Locle, however, Montblanc’s Watch & Quality Excellence Centre is the location for the merging of traditional watchmaking with state-of-the-art technology to create new, iconic, timepieces. Part of that process is putting the watches through the Montblanc Laboratory Test 500, which involves 500 hours of rigorous testing to determine wear and tear, water resistance, and response to climatic conditions, among others. I still jump when I watch my video of the test piece being “dropped” under various degrees of pressure in a purpose-designed machine. The test is as tough and demanding as the timepiece is expected to be in daily use.

“Since last year we have really used it to nurture and legitimise everything we do here in watchmaking, using our incredibly rich history in technical movement, design, and solution. We have completely redesigned our private collection, taking inspiration from watches of the past. The watches we’re doing now are in some way a contemporary version of them,” says Cerrato.

The spirit of mountain exploration

Minerva strongly contributed to what we know as the chronograph today, pushing the boundaries in timekeeping by creating magnificent stopwatches to record memorable moments in the sport of the day. This would have included rowing, for example, counting down regatta starts and timing fiercely competitive motor car races down to 1/100th of a second.

The collection has been simplified to five lines (Star Legacy, Heritage, Bohème, 1858 and Timewalker) with the two sports watch lines being added in the last five years. “1858 has really become the seminal line for Montblanc, with outdoor adventure and exploration, sustainability, and spending time in nature being very relevant today,” says Cerrato. 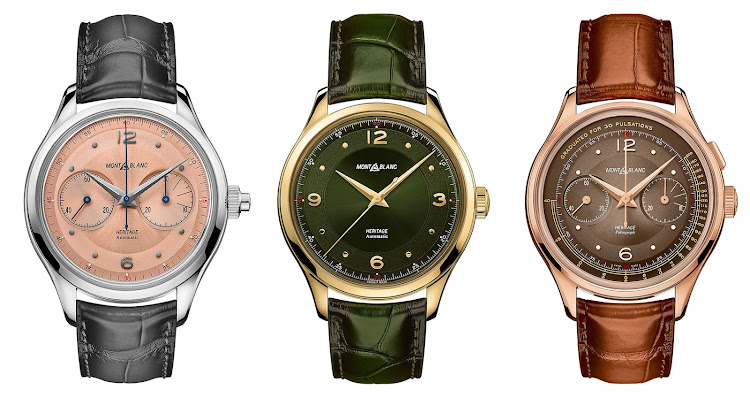 The design was derived from the military watches produced by Minerva in the 1920s and 1930s. “The Montblanc 1858 is the winner here, with its complete Minerva movement carved and assembled by hand.

“We have a particular way of developing product lines and we continue to work on 1858. Last year our theme was mountain exploration, adventure, big forest… and the green dial and bronze case working well together. Now we go into icescapes and glaciers, a world of frozen temperatures, with shades of blue and white.”

The Montblanc 1858 Automatic 24H features a new complication with a 24-hour indication shown by a red-tipped single hand. The piece also acts as a compass, the compass scale displayed in a beige-coloured ring that runs around the outside of the dial, with markers for approximately every five degrees. The cardinal points are in red.

Comfortable to wear in sea and snow

North is located at 24h and south at 12h. If you are in the northern hemisphere, set your watch at the right time and hold it horizontally to the ground. Rotate it until the hour hand is pointing towards the sun. That way, all the cardinal points on the dial will be correctly aligned. Remember that if you are in the southern hemisphere, the cardinal points are inverted.

“We have used the map of the northern hemisphere to speak about (the Seven Summits) adventure. The double scale of hours and minutes will be not show exact time, because when you’re in nature it doesn’t matter. For example, the hands might show after 2:30pm but before 2:45pm. If they seem closer to 2:45pm, it will be about 2:40pm in the afternoon.

“There are very few 24-hourr indication watches, and most of them have the 24 at 12 o’ clock. We decided to flip it the other way around because you will look at it anywhere between 4am and 5am and 10pm. It’s better if that part is more logical,” says Cerrato. 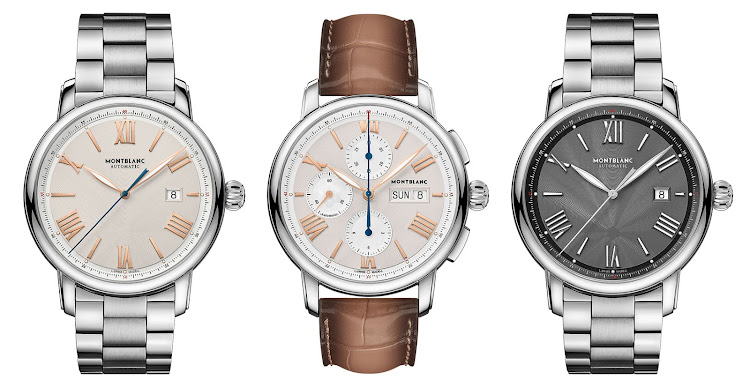 “The single hand is finished to look like the arrow of a compass, or an exploration tool. The bezel and crown in a special bronze alloy will get some patina. We propose a luxury Nato strap for the watch. The strap has an incredible level of quality. You can swim in it or put it in the snow, and it will dry quickly. It is very resistant and very comfortable to wear.”

This year, a new beige colour is available, providing even more vintage options.

The 42 mm bicolour case is made of stainless steel. The dial provides a striking contrast for the historical, luminescent, cathedral-shaped hands with a “cloisonné” design; luminescent full map; Arabic numerals coated with SuperLumiNova; railway minute tracks; and the original Montblanc logo from the ’30s with its historical font and emblem of the Mont Blanc mountain. The satin-finished case features polished horn edges, fluted crowns typical of those found on period timepieces, and domed sapphire crystal glass boxes.

Debbie Hathway talks to Parmigiani CEO Davide Traxler about their new timepieces, and keeping the fire alive
Voices
9 months ago

The director of image, heritage, and style elaborates on the “very Cartier” nature of watch design that transcends time
Watches & Jewellery
10 months ago
Next Article
© Wanted 2021 - If you would like to reproduce this article please email us.