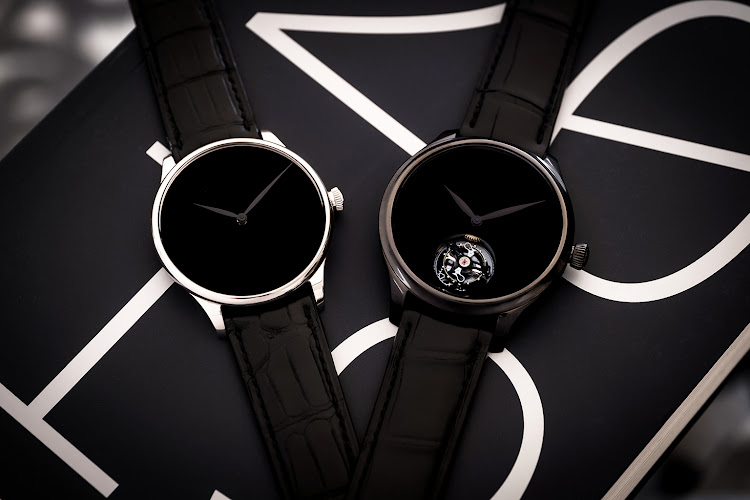 I am partial to a few watch brands — it’s impossible not to be — but there’s something about H Moser & Cie that propels them into a league of their own.

Who can forget the reaction from both market and media five years ago to their first minimalist Concept model released sans logo or indices on the dial? It wasn’t just the design of the fumé dial, synonymous with Moser and one that many have tried to copy, but the depth of colour that turned heads. It’s too intense to be called luminous, but it has a glow that is beyond compare. (It reminds me of the Northern Lights.)

The Concept series soon became part of the brand’s collection. Now out of production, collectors will no doubt be watching for it on the Swiss brand’s e-commerce platform where watch aficionados can buy new and certified preowned watches. At the time of writing, five of 11 pieces in the latter category were already sold. CEO Edouard Meylan plans to keep the selection small in line with Moser’s “very rare” positioning. He says e-commerce served the brand well during the global lockdown, with steady turnover after the sale of the first piece via this platform at $70,000.

During this year’s virtual launch of new pieces during Watches & Wonders 2020, Moser presented three new models with the Concept fumé dial. Available in 5N red gold, white gold or steel, in a three-hand version or with a tourbillon movement, plus the Endeavour case, dials come in the famous Funky Blue or a Burgundy offered by the manufacturer for the first time. Diamonds feature on the bezel of the 38mm model. And as of August, there’s a magnificent green version!

At about the same time as the launch of the first Concept watch, Moser began developing the Streamliner product line. The name evokes the rounded, aerodynamic curves of the first high-speed trains from the 1920s and 1930s.

Meylan says when they launched the Streamliner, blue was the obvious colour choice for the dial. It’s the world’s most popular colour and easy to sell. “I love blue, and we had the blue dial. But the reason we chose grey in the end is it helps people better understand the overall design — there are so many details in there — and it looks incredible with the stainless steel. The grey fumé with the racing effect is pretty cool and the response to it has been tremendous. We know we can do a blue dial eventually, but grey was the right one for now. It’s a very grey watch, so it differentiates us again in terms of style.” 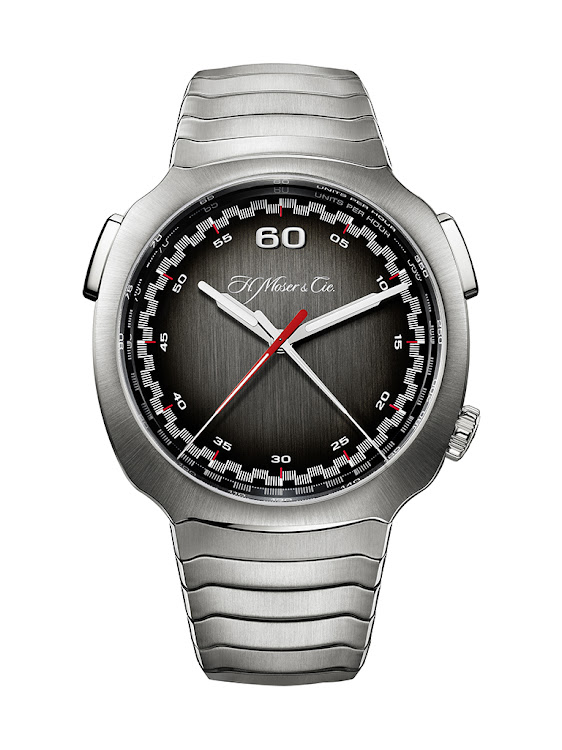 This year’s Streamliner Flyback Chronograph Automatic has new everything. “A new line, a new case, a new integrated bracelet, a new movement, a new dial, and new hands … Everything is new, everything is different, yet everything is Moser.”

They describe the Streamliner as a chronograph that displays the time rather than a watch that showcases a chronograph. One of several features is dynamic water resistance to 12 ATM, allowing the chronograph and flyback function to be used underwater.

I wondered what would eventually irritate Meylan about a watch. The bracelet, he says, and wasted no time making their offering more diverse and sexy when he took over at Moser in 2013. “We had to find a way to give soul to every single watch. For me a watch tells a story … it has a story — how we created it, why we created it. I always tell my team the watch is not finished when you put the movement in and choose the dial. There are many other aspects to look into and the strap is one of them,” he says.

His quest for a little more diversity and sexiness in the final watch presentation may result in a “logistical nightmare” for his team, but Meylan says it is part of the creative aspect and not just a decision on adding a black or a brown strap. “We take the time to choose. We really sit down as a team to discuss the bracelet. We constantly have new things come in that we want to experiment with. Sometimes we just have to keep it in the drawer until eventually we find the right finish, case and dial for that particular bracelet.”

It was the starting point for the Streamliner, as they looked to create a bracelet that was comfortable, elegant and different, before designing the model around the chronograph function as this was what they wanted to highlight. “We preferred understatement, ergonomics, and legibility, opting for a central display with no subdial: perfectly matching our minimalist philosophy. We took the very essence of the chronograph, and raised it to the next level.”

Has this watch become Meylan’s new favourite? “In a way, yes,” he says.

Heinrich Moser was born in Schaffhausen, Switzerland, into a family of watchmakers. He founded H Moser & Cie in St Petersburg, Russia, in 1829. In 1848 he established a watch factory in Le Locle to produce quality watches for his businesses in Europe and Russia. Moser returned to Schaffhausen in 1853. A century later, Le Locle production expanded from pocket watches to wristwatches. During the quartz watch crisis in the 70s, the watch factory became part of the Dixi Mechanique Group. Moser returned to Schaffhausen in 2005 and built a new manufacturing facility. The Meylan family took over in 2012.

Edouard Meylan qualified as an engineer, completed an MBA in the US, and worked in the distribution of luxury products in Southeast Asia for a few years. He joined Moser as CEO in 2013 after his family acquired it in 2012. His brother, Bertrand, runs their distribution offices in Hong Kong and Dubai. He is also on the Moser board.

“We are true to tradition, but sometimes provocative. I like the way our products are true to traditional watchmaking, with hand-wound movements and beautiful finishing. What was missing was a little bit of sexiness, a real edge,” says Meylan. “People want tradition, but they don’t want boring. I think that’s something I brought. I had ideas around that. It sets us apart and helped establish Moser as the mavericks of the industry.”

He says though many people love the Streamliner movement, the chronograph they developed with Arginot, Moser’s perpetual calendar is what put them on the map. “I fell in love with Moser because of that movement. It’s still one of the favourites for collectors.”

Moser & Cie has a 360-degree long-term approach towards sustainability. The company adheres to sustainable sourcing, and sustainable practices guide their choice of partners and materials. “People want to know where our materials come from. It’s more of a concern now for those buying such high-end products,” says Meylan. 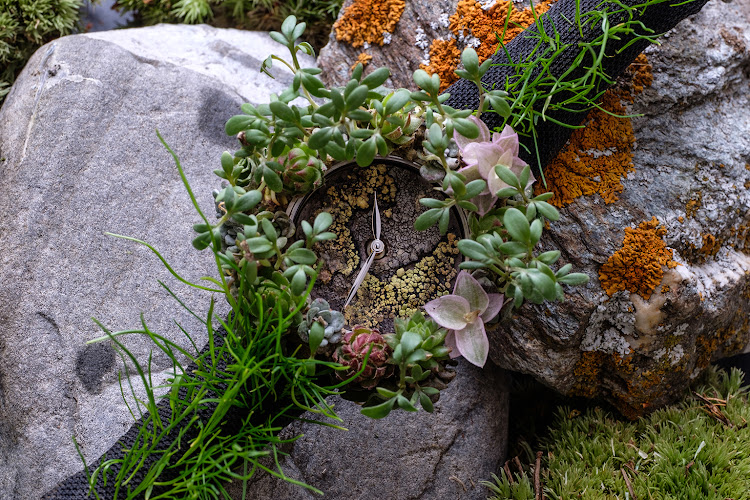 Moser created a Nature Watch, “a symbol of vulnerability reflecting the fragility of our ecosystem”, and put it on show at the Salon International de la Haute Horlogerie in Geneva in January 2019. It is a mechanical watch, “green and living … but not eternal”. The piece is 100% Swiss-made and created using plants indigenous to Switzerland, grown in the gardens of the Moser plant. The entire team was involved in cultivating it.

“We think it worked pretty well. We had offers from buyers, but the watch required so much attention. It needed one person to water it for one month before, during and after the fair. The plants grew so much that the greenery became too big,” says Meylan. The solution? A dry version of the Nature Watch will soon be on display at the Moser museum. “It will be cool to have it there so that people can see it,” he says.

Debbie Hathway talks to Parmigiani CEO Davide Traxler about their new timepieces, and keeping the fire alive
Voices
1 year ago

A haute couture collection of ladies’ timepieces from Vacheron Constantin

Debbie Hathway talks to living legend Kurt Klaus, one of the main influencers of the fortunes of Schaffhausen-based watchmaker IWC
Voices
1 year ago
Next Article
Commenting is subject to our house rules.
© Wanted 2022 - If you would like to reproduce this article please email us.