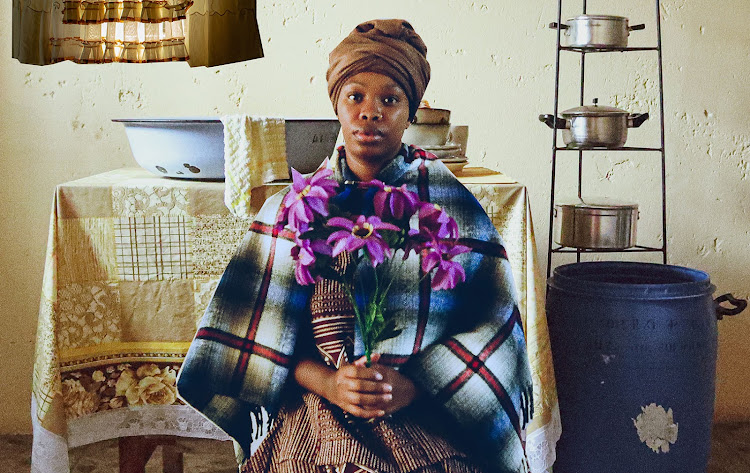 Instagram has been a treasure trove of local creativity during lockdown, and one of its most sparkling jewels is Joburg-based artist Puleng Mongale. Having originally studied communications science and English, she soon realised her creative itch needed some serious scratching. It was while she was working as a creative director at Umuzi, a content-creation service provider, that people first started taking serious notice of her talent. Intimate Strangers was produced during her time there, and is a four-part photographic series that debuted in 2016, giving her a taste for styling, photography, and art direction. The series was widely shared on social media and resulted in her purchasing her own photographic equipment and experimenting with the technique of collage.

Mongale’s imagined, photoshopped landscapes are vivid renderings of a life she yearns for; one that deftly avoids the tropes of abject poverty that we see so much of in photographic work that depicts South Africa’s rural environments. She says living in Johannesburg has always made her feel slightly displaced. “I grew up in Soweto. I didn’t realise this at the time, but Joburg is very Zulu dominated. I’m a Tswana girl, Sotho speaking. There’s that thing in townships of being black but still being ‘othered’ because you weren’t part of the mainstream language, which is isiZulu.”

Drawing inspiration from the Renaissance era, her work interrogates the archive of classical art in relation to what was happening in South Africa in ...
Voices
1 year ago

Her works are an answer to this, a form of intensely personal catharsis into which she inserts images of herself and, in some cases, her mother. Her self-portraits are placed like foreign objects in their settings, sometimes sitting slightly uncomfortably on burnt and blackened grass or a glossy parquet floor, occasionally with vestiges of the built environment haunting the backdrop like the threads of a dream from the night before. “I always have this longing to be part of a culture that’s in my blood but doesn’t translate to how I live or who I am.”

Mongale’s presence in her concocted landscapes is as much a fantasy as the environments themselves. “I’m trying to connect with that part of me that I feel like the city has diluted to such a great extent, and also trying to just reimagine how it would be had I been involved in that kind of upbringing.” Her mother, she says, is a natural storyteller and is her closest link to the rural settings she attempts to evoke through her works. “She’s the one person who did grow up in the Free State and townships that side, so she’s literally like the bridge for me.” 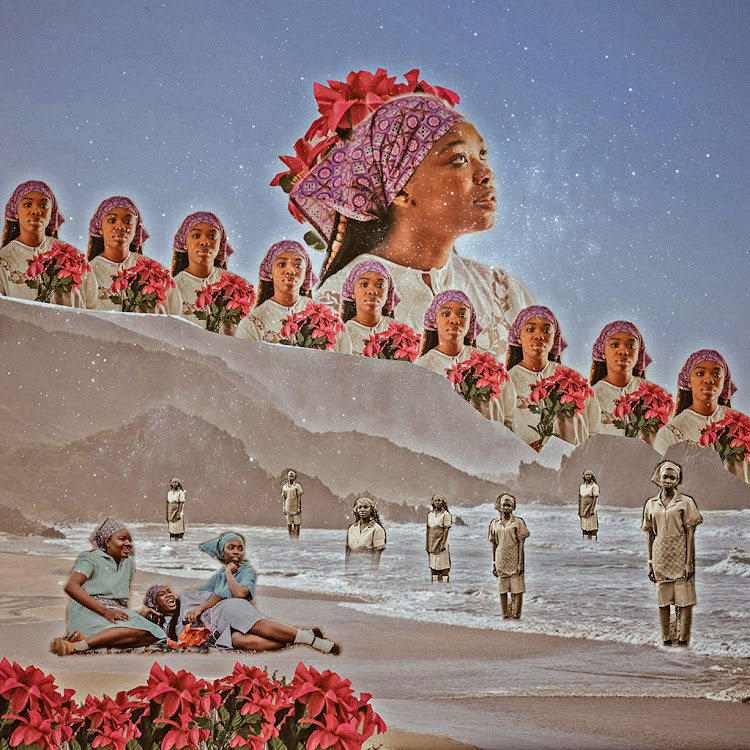 Lord Lift Us Up Where We Belong, 2019
Image: Puleng Mongale 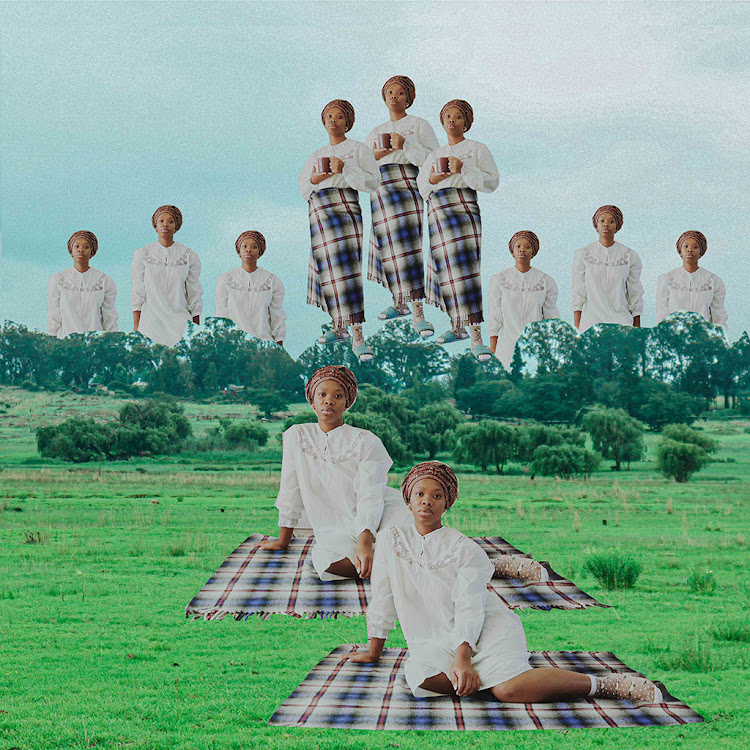 Mongale’s work also laments the lack of a reliable historical archive of rural culture, of the everyday motions of millions of people living on the fringes of our cities. “It still breaks my heart, the lack of archiving of our ordinary day-to-day lives as black people. There were ordinary lives that we never got to be a part of because there’s no documentation of it.” In this sense, her works are also romanticised, nostalgic reconstructions of a narrative that has been largely lost to urbanisation and the deeply destructive processes of the apartheid state that sought to dismantle any culture other than its own.

Reactions to and feedback on her work have been positive, but also surprising. Mongale relates how viewers sometimes immediately associate the landscapes she depicts with destitution and deprivation. “There’s a life; there’s an identity beyond the trauma that we’ve experienced. There’s beauty there.” As young people crave the bright lights of the fast-paced and glamorous city, there’s an aversion to their families’ places of origin that Mongale’s work is starting to challenge. “It affects us so much — not having a sense of what home really is, or being so disconnected from that.”

From printmaking to painting, Katlego Tlabela pushes his artistic limits in his work

Tlabela's goal for each major body of work is to vary in medium, and not be boxed in as an artist
Voices
1 year ago

This Cape Town-based artist hopes to bring the full spectrum of emotions into her paintings. She tells us ...
Voices
1 year ago