This Cape Town-based artist hopes to bring the full spectrum of emotions into her paintings. She tells us ... 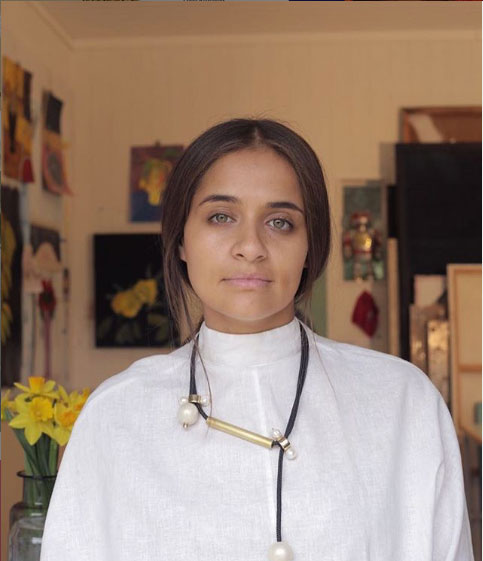 In the 1970s, the label “Bad Painting” was given to art that showed a deliberate disregard for what traditionally qualified as so-called “good” painting. In 1978, critic Marcia Tucker curated an exhibition of the same name in New York, describing it as work “characterised by deformation of the figure, a mixture of art-historical and non-art resources, and fantastic and irreverent content”. In this instance, “bad” is used ironically and was not meant to denigrate, but rather to elevate it and explore its relevance.

This style of art has influenced many artists, including Cape-Town-based Nabeeha Mohamed, who, as an ardent purveyor, found herself naturally gravitating towards it. Broad brushstrokes of bright colour, oversized cigarettes stuffed in mouths, floral explosions, and curious faces demand the viewer’s attention. While the works appear light and cheerful, there is an underlying sadness in the distortion of faces, colours gently seeping into one another, widely grinning dentures sketched in pencil, text-based art with words that sting.

“I am a sensitive person and, although this may sound like an overly ambitious endeavour, my desire is to bring the full spectrum of my emotions into a painting. In doing so, perhaps I can attempt to create a painting that begins to speak to the entirety of what it means to be human. Joy, melancholy, humour, heartbreak, frustration, anger, romance, frivolity.”

Mohamed describes the ever-present almond-shaped eyes, tinted, cat-eye shades, and long, deliberate lashes in her work as a sort of reclamation of the gaze. The eyes are a comment on “the fetishisation of women of colour and the problematic tendency to compare our physical features to food; as if our bodies, like food, are there to be consumed.”

Mohamed also describes her upbringing in a predominantly white school, and grappling with microaggressions she was not overtly aware of when she experienced them.

In a text-based work titled Ethnic Enough, the jarring words lovingly nestled in a gold locket represent a time when she expressed her wish to get a nose ring to a white friend, only to be told that she looked “ethnic enough” without it. While the words were not meant to intentionally hurt, they stung and stayed with Mohamed. However, she chose to hold those words close to her heart rather than obsess over their meaning and allow them to erode her.

“I think beyond much of my subject matter being directly drawn from my life, my work also reflects the spirit of my world. On the surface my work is joyous and playful, but at its core it is built upon melancholy,” she says. 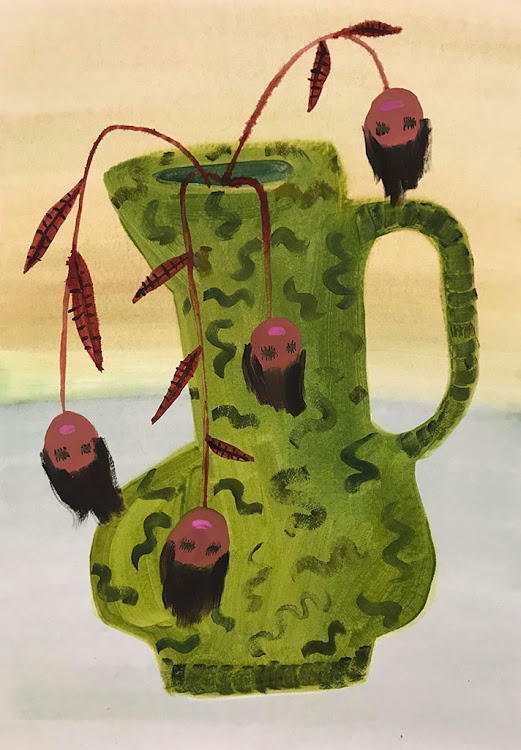 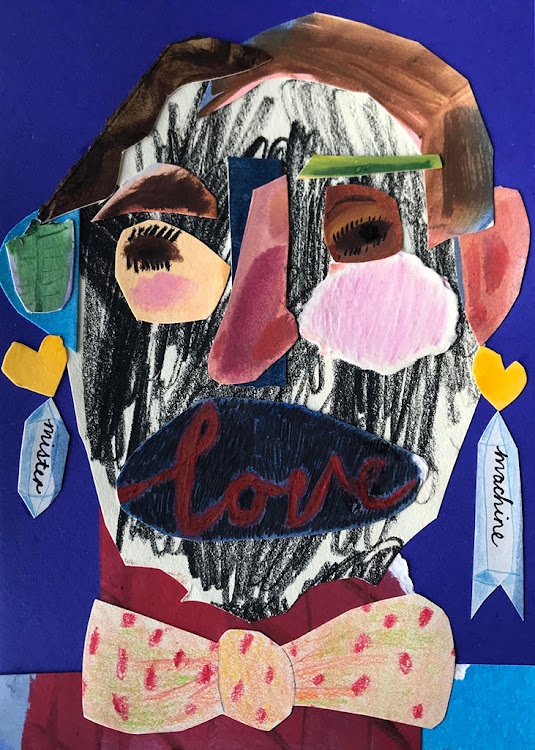 Mohamed recently decided to create portraits out of collages and sell them on Instagram as a fundraising mission under the #CoronaCommissions banner. “They were born as an exercise in ‘sketching’ (the idea being to use the collages as preparatory drawings for oil paintings) but also as a result of running out of watercolour paint and paper when art-supply stores were still closed and needing to find other creative solutions to make work.”

Mohamed says it’s the puzzle-piecing aspect of collaging that she really enjoys, as well as being able to add a lot more detail than she can when painting. “There’s no conceptual basis, no narrative and no definition required; just these made-up characters that assume form.”

In comparison, her paintings are made quite intuitively. “While I generally start with a drawing, the composition and colours of any given work almost always change once I’m working on the canvas surface. My paintings always feel very alive to me in that they dictate their own direction, as well as their own end,” says Mohamed. She has had one solo exhibition and her work has been part of various group shows and art fairs. Her solo show, which opened in February of this year, titled Sunshine on my skin is my favourite colour was “an autobiographical body of work that examined my identity as a womxn of colour in South Africa and a person of wealth privilege. I’m still trying to find a way to discuss and articulate how these identities intersect.”

Making it: These six local creatives have got the goods we want