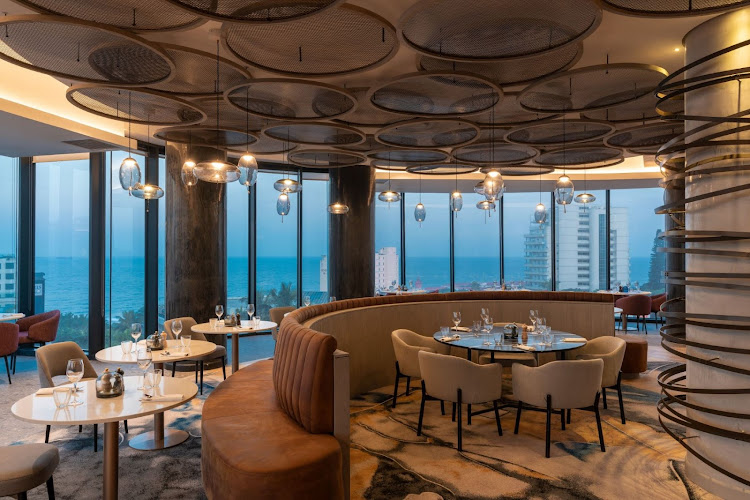 I’m not long back from an epic road trip along the length of SA’s east coast; Kosi Bay to Cape Town, for a king’s ransom in petrol. And on that long coastal meander, a shade more than 2,000 kilometres, there was one place that all but screamed prosperity at me.

In a blizzard of glazed towers and economic bustle, Umhlanga is booming. G-Wagons, McLarens and Ferraris prowl the streets and, in what was once a lazy outlier of Durban, today the skyline bristles with new buildings as construction accelerates the transformation of this stretch of the KwaZulu-Natal coastline. 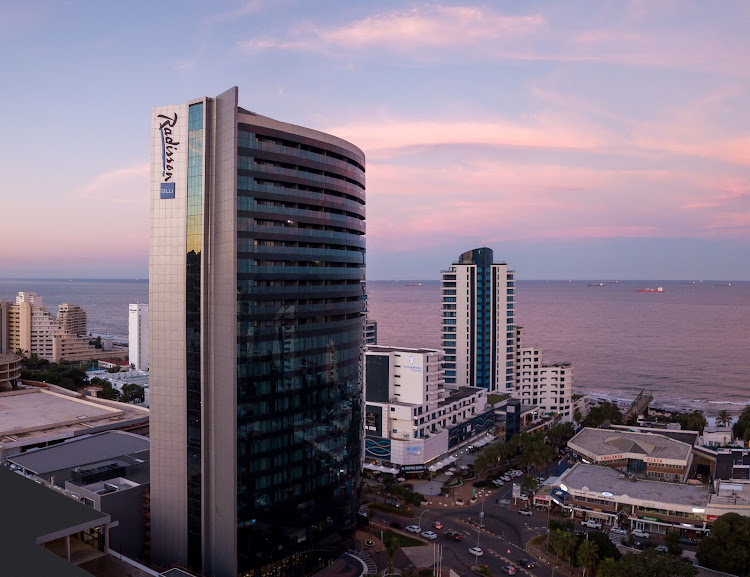 The latest addition to that skyline is the shimmering visage of the Radisson Blu Umhlanga. And it’s something of a bellwether for Umhlanga — a stamp of approval from one of the world’s largest hospitality companies. It’s the 14th Radisson property in SA, but only the seventh under its flagship Radisson Blu brand. And, notably, it isn’t Durban that has gained that Blu stamp of approval. It’s Umhlanga.

uMfulaWozi: a peaceful haven for travellers needing to reset

The new hotel forms part of the R4.5-billion Oceans Umhlanga development, a mammoth mixed-use property that will soon stretch to include 600 luxury apartments and a 30,000-square meter luxury retail mall. But for now, the Radisson Blu Umhlanga is already buzzing with local and international accents. And though it’s set a few steps back from the seafront, the 16 floors of rooms and guest spaces ensure you’re rarely short of a sea view.

From my room on the 14th, the waves rolled carelessly onto the Umhlanga beachfront, as the Moses Mabhida Stadium loomed out of the sea mist to the west. There are 206 rooms on the property, from standard and superior rooms to family-friendly suites. The pick of the crop is the Junior and Executive Suites though, which offer the best sea views and considerably more space. They’re both ideal if you’re settling in for more than just a night or two. 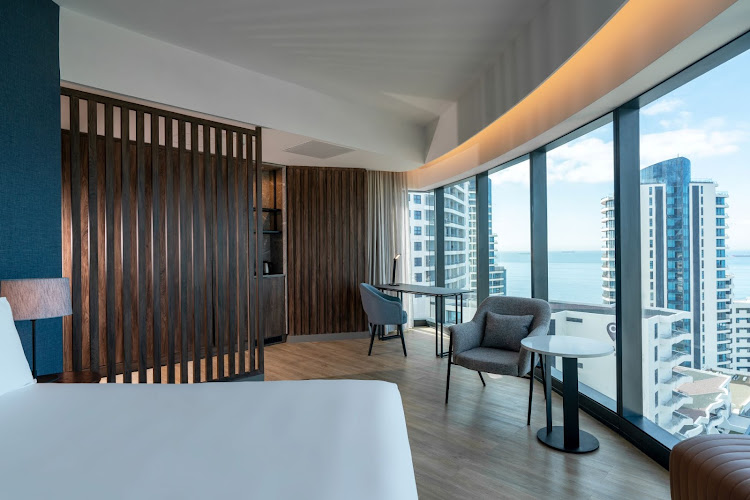 Across the board, the rooms are decorated in a breezily modern style. There’s a subtle nod to the coastal locale, without falling into any seaside cliché. It’s suitably contemporary, but not sparse, and with all the mod-cons you’d expect of this award-winning brand.

Another highlight is the pool deck, perched up on the sixth floor. Showing just how much this new property will appeal to corporate and leisure travellers, it combines the chic appeal and fine views of a rooftop terrace, with the laid-back vibes of a beach hotel. Need to pace out a few laps in the pool, or kick back with a cocktail after a day in the office? You’ll manage to do both here nicely. 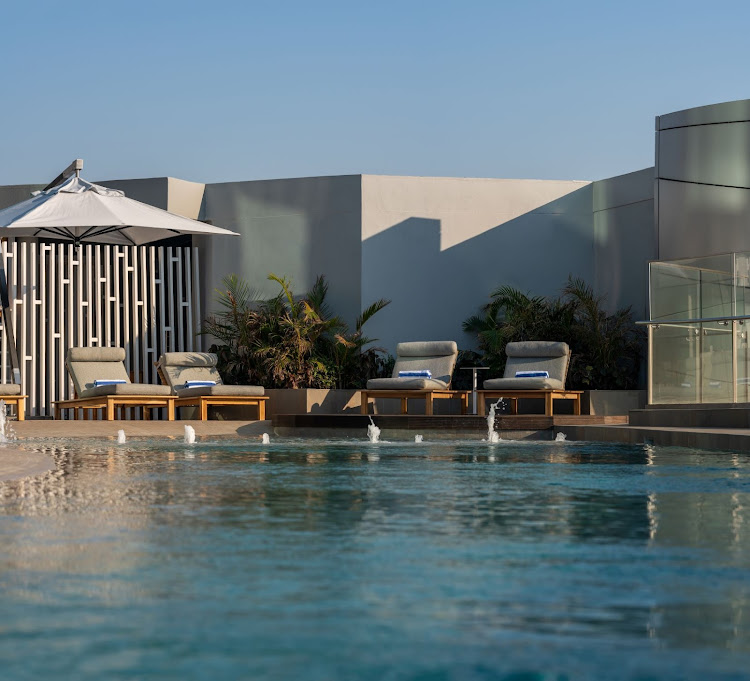 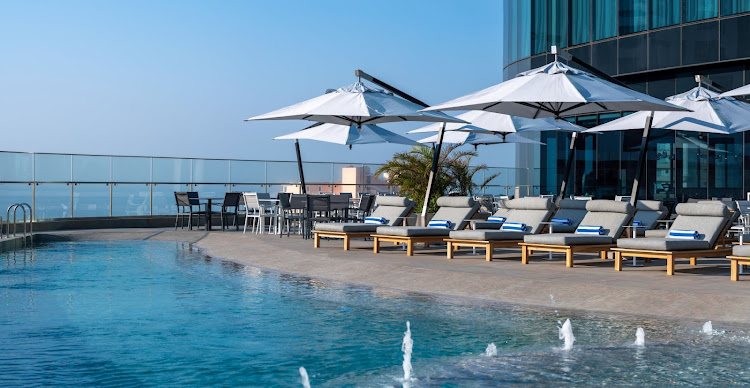 Spilling out onto the pool deck is Firelake, the hotel’s main restaurant and cocktail bar. The stylish bar, backed by knowledgeable bartenders, is a great posse for a pre-dinner drink. There’s a collection of local craft beers and spirits, alongside a well-curated menu of cocktails whipped up with just the right dash of theatre. 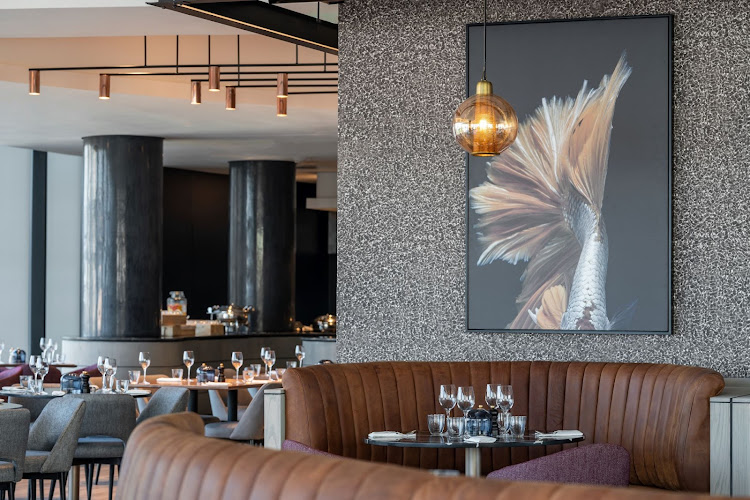 Regular travellers may recognise the Firelake brand from other Radisson Bu properties abroad, with the menu taking its cue from American-style dining blended with plenty of open-fire inspiration. Unsurprisingly, prime cuts are the star of the show, which will keep meat-loving locals happy. Business dinners are best in the more private banquettes, or request a window table to soak up the fine sea views. And, of course, you’ll enjoy a front-row seat to Umhlanga’s ongoing evolution from quiet beach town to a global destination for business and leisure travellers.

If you think you’ve been there and seen it all — here are three new lodges to tempt you back to visit Namibia
Travel
2 months ago
Next Article
Commenting is subject to our house rules.
© Wanted 2022 - If you would like to reproduce this article please email us.