Old habits die hard. With the smartphone field becoming more and more competitive we are short running out of excuses to try something new. Although loyalty is a major factor, we have become comfortable with our iPhones and Galaxies. The new Sony Xperia XZ Premium has been named the best phone of the year at the Mobile World Congress (MWC) 2017. Motorola recently revealed its new Z2 Fource phone – that company’s most advanced smart phone yet, complete with a shatterproof screen. The Huawei P10 series is currently toting the world’s first Leica 8MP front facing camera and it even has a professional food photo filter.

In fact, there can no longer be a debate: It’s time that we start seeing that there are plenty of other fantastic phone fish in the sea.

Let’s be honest, we don’t want to change because change is scary, annoying and hard. Which is why we normally stick to the phones and devils we know. So to shame the devil we decided to try out a few of the fab new phones on someone who is exactly the opposite of an all knowing tech geek: my mom. She’s a 58-year-old lady luddite, who runs two knitting non-profit charities, and we figured if she can do it, then maybe so can you.

We started off by swapping mom’s iPhone 6S for a Sony Xperia XZ Premium, followed by a Motorola Moto Z and, finally, a Huawei P10. It lead to many strange days of communications where screens were compared to Leprechauns and phones were described as pocket rockets (and better yet, conversations explaining what a pocket rocket actually is.)

Was it easier or harder than you expected? To start off it was very daunting because I didn't think I was smart enough. But when I asked advice from some "techies" (me, her gay best friend and a friend who works at MTN), I learnt that I had it in me and it wasn’t that hard. My first reaction with anything "techy" is to ask someone else to do it but now I am so proud that I can do everything myself! And super-fast too. Now the only time the techies know that I have changed phones is because my spelling becomes bad again as the new autocorrect messes me around.

I always thought every single phone spoke its own "language” but it turns out that's a lie. They all speak Google. And now I speak Google. I've been bragging to all my friends and they've been asking me how to migrate. I tell them all you need is 3 easy steps and then you don’t even have to ask your kids.

Name these 3 easy steps:
- Most important: Back up your contacts on Google
- Put your SIM card in a new phone
- Follow the user-friendly prompts
- Have every password and pin code at hand. Even the ones you didn't think you would need. Without them, you're not going to get anywhere

That's four steps? Then leave out “put in the sim card” because that's a given.

And after that? Then getting things done was such a breeze, you just go to the spanner (the settings) and it's easy. The Play Store is also very fun. You pick all the apps you like and you're on it. You just click install and you can have loads of fun in minutes.

Were all the apps easy to migrate? Whatsapp was sometimes tricky because you need a code. They send it to you but it only stays on the screen for 20 seconds. But if you get stuck there is an option that says "call me" and then you get call from a robot in America – which is not a scam – that says "your password is dot dot dot." I was immediately connected. 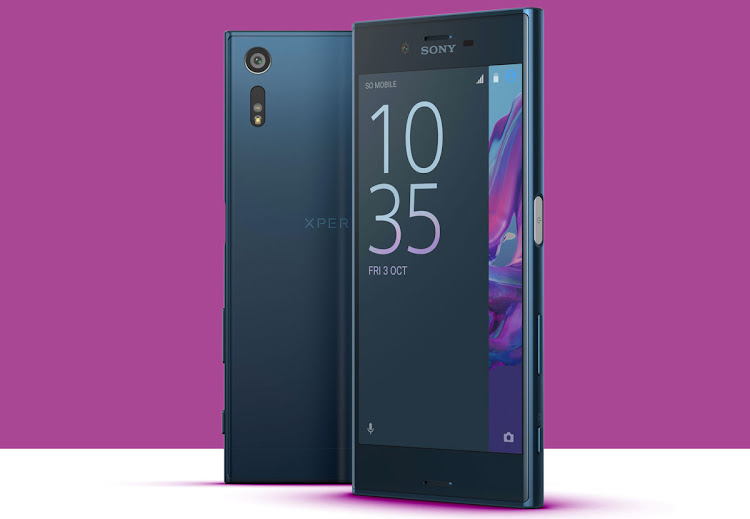 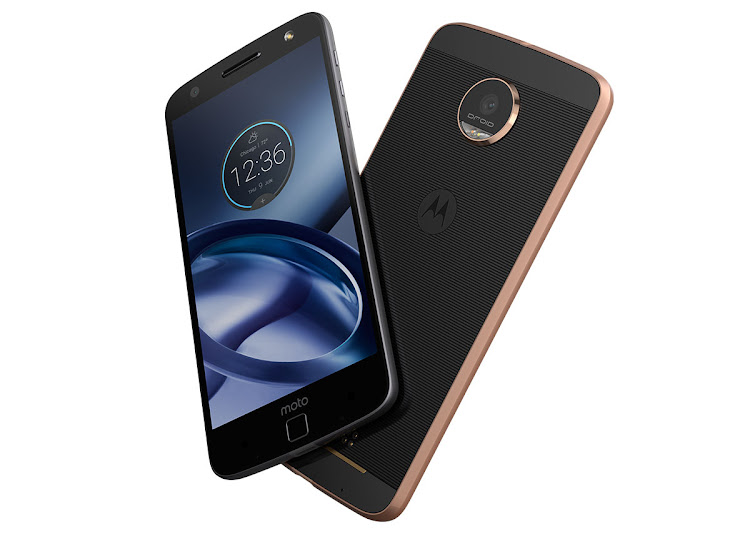 Which was the easiest to migrate to and why? Motorola. The sequence of prompts was clear and uncomplicated and very easy to follow.

Which was the hardest to migrate to and why? Huawei. The playstore on the Huawei was very overcrowded and overcomplicated.

Which phone has the better camera? Huawei

Which has the nicest screen? Sony

Best ringtones? Huawei, there’s one that makes me feel like I’m in Paris.

Which is the easiest to use? Motorola for everyday. For fancy footwork, the Sony.

What do you mean? The Sony is for business stuff; it's a mini office. It was just so well put together that I felt like it made doing work easier. Even the way the icons were set out felt like I was able to operate better. It was like my iPad. I could happily use the Sony instead of my iPad. It's got a better screen and it's really clear. The Motorola was easy for everyday social stuff.

Which is more important for you? Communication: Phone, whatsapp, social media and email. All these phones were all the same slight variations of the same thing but I felt most comfortable with the Motorola.

What are your final thoughts on the Sony? It's an absolutely beautiful phone. Having it made me feel like I had arrived. The screen is magnificent; the colours are the most beautiful. The only downside is that it's so big and doesn't fit in my pocket, which wasn't conducive to my lifestyle. It feels fragile and I'm rough. But it's wonderful thought that Xperia can swim. What can I say? I'm a bit of a hazard.

What are your final thoughts on the Motorola? It's a robust phone that I felt confident using. It didn't thrill me at the very sight of it, the way the Sony did, but I was very comfortable with it and very quickly made friends with it. It is also a big phone but I felt more comfortable with the way it was built. I absolutely love the fact that it comes with the option of pickup stuff . (Additional extras or motomods)

What are your final thoughts on the Huawei? The size is very comfortable, a lot closer in size to the iPhone. But it's certainly not as pretty as the Sony and doesn't feel as reliable and sturdy as the Motorola. It's very slick and functional. It takes nice photos and does the job.

Which is the best phone? That's an unfair question. I can't say one works better than another. But the Sony is beautiful and wow.

If you had to pick one out of the three, which would it be? Motorola

Why? I’m old, I don't need razzle-dazzle, I need reliable and functional. But if it does come with a bit of razzle dazzle, I'll feel a million bucks. And the Motorola does. It also feels like something that, in 2 years time, I would happily have worked with, probably dropped a couple of times and then upgrade to another one again. Even though the camera is not as fabulous as the Huawei, or the screen isn’t as nice as the Sony it’s something new, nice and different.

Will you stick with your iPhone or migrate? I may very well migrate. I stayed with the iPhone because you have one but we communicated just fine this week without imessage. Migrating was just so easy: After being afraid to do so for so long, it's become a real option. I felt completely locked in but now I feel I have choices. If I save my photos to a save-it box (external hardrive) there is nothing holding me back. Except for the emojis. Where did all the extra fun emojis go? iPhone has a nice wave emoji but I couldn't find it on these phones. I had to resort to a clown emoji. It's great but not as much fun.

Emojis? They get the thumbs — up from me

Annette Bening loves them — but can the slacker’s shortcut ever be chic?
Tech
2 years ago

BONUS ROUND! We were very lucky to get our hands on the newly relaunched Nokia 3310 and we couldn’t resist throwing it into the mix and ask one fun old thing her thoughts on the other.

How was the Nokia? It was a blast from the past! The ringtone was jazzy and astonishingly retro. It was surprising how many little features it had gained. Nokia have taken an extremely reliable phone and turned it into a winner. Bigger screen, all the better to see it with, and not too many functions to confuse a geriatric. I love this funky little pocket pleasure.

Do you remember your original Nokia 3310? Of course! I’m not that old.

What are the fond memories that you have? I thought it was so fantastic. It was the cutting edge of technology back then. Instead of a brick we had something that could be drop kicked and restarted everytime. Except that time when I was at work and I thought it was a rusk and dunked it in my tea. The tea was so hot it fried its system.

Could you run your charity off it? I could but I wouldn't be in the fast lane. Going through each letter to type a word is very annoying.

You know you can change that right? Ok, but I still wouldn't be in the fast lane.

Is the Nokia in with a chance against the others? No, I’ll rather stick to my Mercedes (her iphone), not a Volkswagen Beatle with airbags.

Tech World: the serious side to augmented ...

Lunch with Daniel Dennet: ‘don’t kid yourself that ...