Hands on with the middle child of iPhones; the iPhone 8

When we were finally handed a review copy of the iPhone 8, which is the practically identical to the iPhone 6S, we did the only thing we could think of: give it to an identical twin who also happens to be the middle child 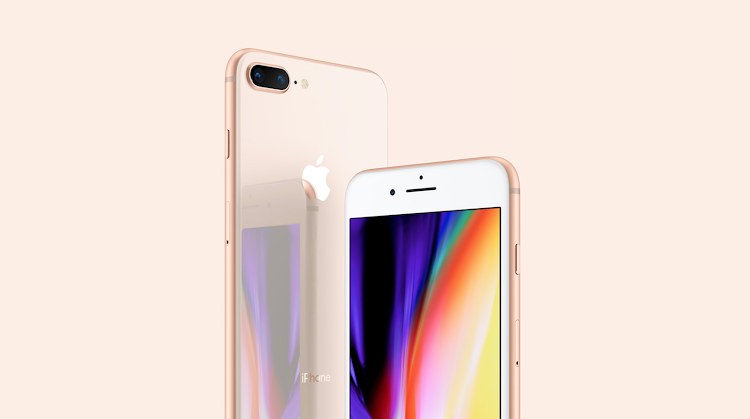 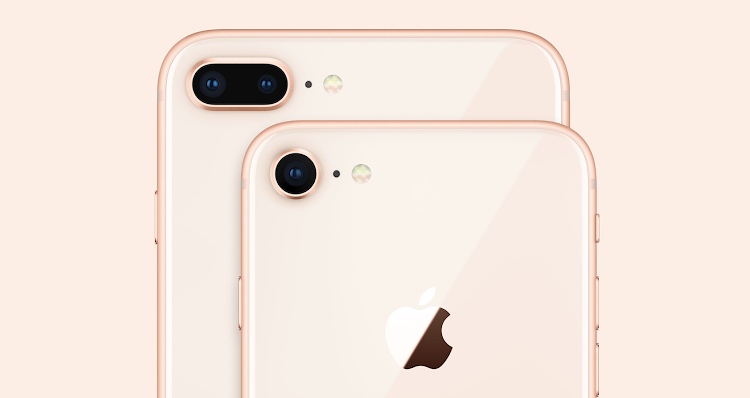 In early September Apple presented their new line of phones to the world and immediately created a “middle child” between the 7 and the X with their new line of iPhone 8’s. In a few simple slides they birthed a classic case of a phone that most likely would get next to no attention alongside its slick home-buttonless younger sibling or rise to the success of its older one.

Speaking of older siblings, it was surprising how similar the 8 was to my actual everyday phone, the iPhone 6S – the last of Apple’s truly innovative phones before the X came along.

Besides the fact that it was heavier and the glass back didn’t present as slickly as its metal encased predecessor, it was hard to tell the difference. They were practically twins one might say.

So for my next reviewing trick it seemed only right to enlist the aid of an expert in such fields. Meet Leana Engelbrecht: A successful corporate lawyer who has loved Apple since she got her iPhone 4. She also happens to be an identical twin that is also the middle child (born to the middle in a matter of seconds, like the 8 was to the X, so it still counts.)

Since the days of her 4 she has had 4 additional iPhones and currently wields an iPhone 6S+, an iPad 2 and an Apple Watch 2. She also sometimes claims to be “the least tech savvy ever” but then knows all about planned obsolescence in phone batteries, so she’ll do nicely.

Here’s what went down when we gave her an iPhone 6S and the iPhone 8:

Wanted: So, first thoughts?
Engelbrecht: Which one is the 8?

W: The black one
E: That’s probably not a good sign. What is the difference? Is it because it has the new operating system on it?

W: They both have it
E: Then what is the draw? Why would somebody buy an 8? Does it have any of the things? Animoji’s or the gimmicks?

W: No. Shall we talk about looks first then?
E: Besides the fact that they look practically the same it feels weird. It tactilely feels like that cheap iPhone, the coloured one with the plastic back. It feels like I’m getting cheated out of something, although it’s probably just something to protect it.

W: It’s glass
E: Is this supposed to be glass?

W: It is glass. Special, strong, durable glass.
E: Is this plastic glass going to scratch?

W: It’s not supposed to, but at the same time it’s not supposed to shatter either. But they give you screen repair insurance with the phones ,so that’s not a huge indication of faith.
E: I’m not convinced. Does it look nicer than the 6S? No. So I suppose that the camera is then the big deal?

W: Yes, that is one of its biggest features.
E: [Uses camera for a while] Does it have anything special? [Laughs] Let’s find the special thing!

W: It boasts a 12MP camera with True Tone that automatically adjusts white balance and makes the light better.
E: Ok, well, the colours are really nice. Let’s take a photo with the 6S.

[Does so]
E: Is the 8 better? Sure. Is it so much better that I need to immediately upgrade my phone? No.

W: I agree. I will say that the iPhone 8 is definitely better and is a lot more ambient and the lighting pops more. It is a far more intelligent photo taking experience. But I wouldn’t say the difference is so great for a gap between two generations of phone.
E: I did see the difference when you took the photo with the 6S that in comparison the 8 does adjust the colour and the light exposure quicker and cleaner. The screen is visually nicer and the colours are great. But I’d still be happy with my 6S+. So what is the other thing that the 8 has that makes it better? It’s so not apparent when I am holding the phone that I have to ask.

W: We have already touched on the fact that it’s now glass and the colours are from the true tone display. The retina screen as you pointed out is nicer. The stereo speaker is 25% louder. It’s water and dust resistant and has augmented reality. The chip is apparently “the smartest ever” which makes the phone 25% faster than the 7 and helps deliver better autofocus in lower light…
E: You know what this even better camera vibe makes me think of? My early varsity days when everyone still used to use their digital cameras and people would be like “ooo, mine has 2MP” and then it was 4MP and then 6. Anything past 8 became really boring because at that stage we were using our phones. The difference become immaterial in the grand scheme of things.

W: It also has better video?
E: I hardly ever use video. I am just a person, not an influencer.

W: Look I do think it’s smoother and that the processing power is somewhat noticeable. But at the end of the day is there anything on here that is remarkably different to your iPhone 6S+?
E: No. I am trying to find this thing that is going to make it amazing but it’s not. Even if the best thing you can say about it is that the camera and it’s video is better, people who actually care about that intricate small change in the quality are going to be people who take pictures with fancy cameras and then upload it to instagram.

W: Or use phones dedicated to that.
E: Or that. All in all how much is this supposed to cost?

And there you have the crux of the problem. Why would anyone get the 8 if you could just get the X, which will be out later this week. Yes it is cheaper but there are many other phones on the market that are cheaper still and are better. If you are still so desperate for the Apple experience but don’t have the cash for the X then get an old 6S or 7 or better yet rather don’t upgrade at all.

I used the 8 for a few days and I have to admit that it was nice but didn’t add much of anything to my life that my iPhone 6S doesn’t already give me. For a phone two generations down the line I couldn’t really tell and what had changed wasn’t that much more exciting. In this day in age with so many other better phones on the market, “nice” just won’t cut it anymore.

Granted the iPhone 8+ has more going for it, such as better lenses and a lesser version of portrait lighting mode but if you don’t want the bigger phone you have to go without, which is curious as the iPhone X boasts that and a lot more in a medium size package. 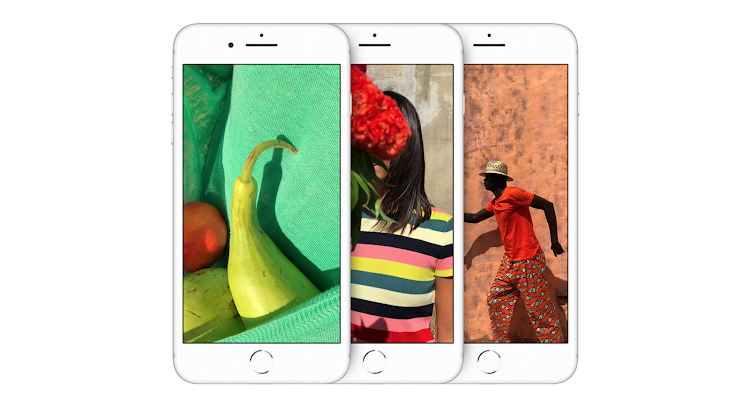 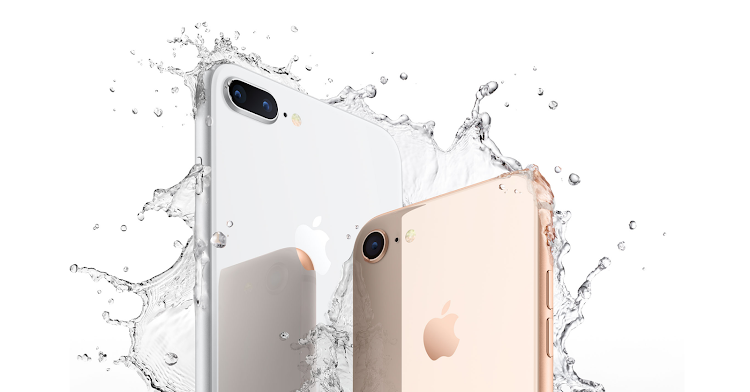 I will forever more be baffled that Apple didn’t just skip the 8 and lean solidly into the X, which, let’s face it, is all the things we used to get from a new Apple phone. I remember experiencing the thrilling leaps and bounds of upgrading from my 4 to my 5S and then to my 6S. You could tell change had happened not just from the shape but from all the neat tricks and gimmicks of what was new. And it’s about time Apple give us something new.

Overall Excitement rating:
Engelbrecht: 1 – the lowest excitement possible about it.
Wanted: 3 – the camera is rather nice
Would we still stick with Apple: Yes, we will both just get the X

The iPhone 8 and 8+ are currently available on all leading cell networks. You can now preorder the iPhone X, prices start from R20 499 to R23 999 and will be available from iStores from 24th of Nov.

Nokia have finally launched their flagship phone and urge you to be Less Selfie, be more #Bothie. We try figure out what that means
Tech & Gadgets
4 years ago

After the fire starter Galaxy Note 7, Samsung decided to throw everything they’ve got into the redemption of the Galaxy Note 8. Here’s what to expect
Tech & Gadgets
4 years ago
Next Article
© Wanted 2022 - If you would like to reproduce this article please email us.