Nokia have finally launched their flagship phone and urge you to be Less Selfie, be more #Bothie. We try figure out what that means 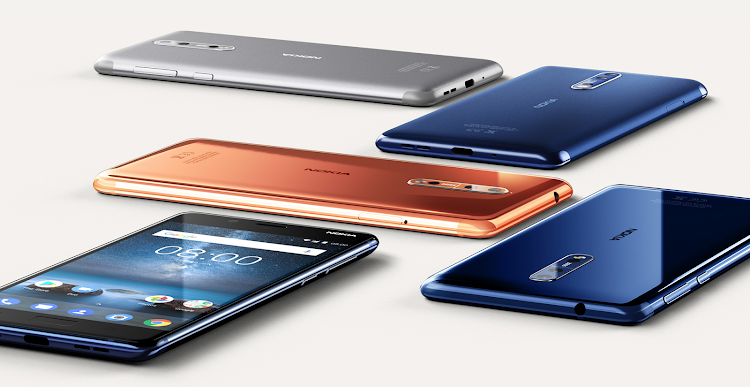 Every new cell phones has to have a gimmick. The iPhone will now have talking emojis and questionable face recognition; Huawei has the Leica precision selfie; for Sony it’s their razor sharp display and Playstation compatibility; Motorola has a myriad of attachables to go along with their ruggedness; Xaomi is as smart and they are affordable; and Samsung owners have the smug ability to say they have a Samsung… and, fine, their live faux focus pull/depth of field and literally everything else. For Nokia it's something called a Bothie.

Pronounced “Both-eee”, it’s the ability to take two photos or videos in one shot using both the front and back cameras at the same time. A coding friend of mine smugly put it as “a revolutionary idea that probably only took one line of code to make you look twice as ridiculous” but here is where he was wrong. Firstly it takes the extraordinary fast processing power of the Qualcomm Snapdragon 835 Mobile Platform to pump enough juice to make images (and more importantly video) of high enough quality while the cameras run at the same time, which is something that Nokia took the time to crack. And crack it they did. And thanks to them partnering with Zeiss optics, the quality of the images of the primary camera made me audibly say “wow” the first time I used the phone to take photos of my brunch. Yes, I am one of those people. 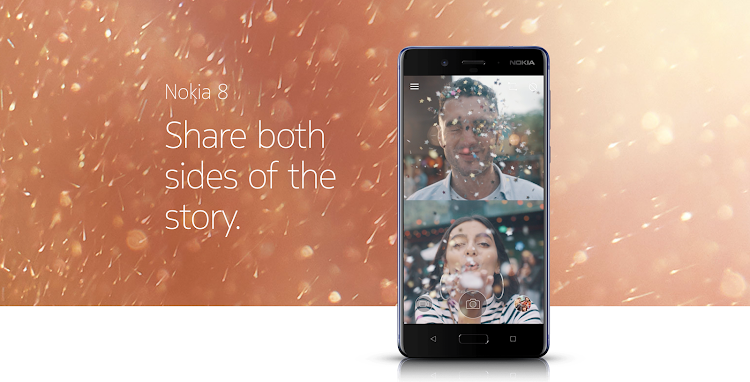 The question is, do we even need this function and who would even use it?.

As with all tech companies, there is a fair share of influencer chasing and I am sure a nice amount of them would love to be able to insert their face into every single situation. And now they can. Mock the selfie lovers as much as you like and berate them for their shallowness but whether you like it or not, selfies/photos of oneself on social media gets you more likes. People often forget that the history of popularity in depictions of self-representation predates the duck face generation. If Vincent van Gogh can be praised for painting a morbid depiction of being put in the friendzone with one less ear or Oprah praised for starting her “own” magazine because the numbers said that her face on a cover sells more print then maybe we should be give ourselves a break.

Personally, I’m not that girl: The front camera has never been my friend. But I do see how vloggers will love the split screen especially with the Nokia 8’s direct to live stream function. More so, I see a nice niche market of hardcore journalists being able to cover news with ease as they describe and show what’s happening with a single tool on the ground.

When I tried the feature in a social situation, all that happened was we found ourselves craning to be a part of the one side of the screen and trying to find something of interest for the other half. Because, like it or not, we have become accustomed to wanting to be together – or at least socially depicted as such.

So what if we took people out of the equation instead? I took the Zeiss to the Zeitz and used the dual screen camera as, well, a camera. The results were super fun. Being able to capture two sides of a room, space or situation is unquestionably pretty neat – especially if you don’t want the hassle of other on market 360° bubble photo offerings. 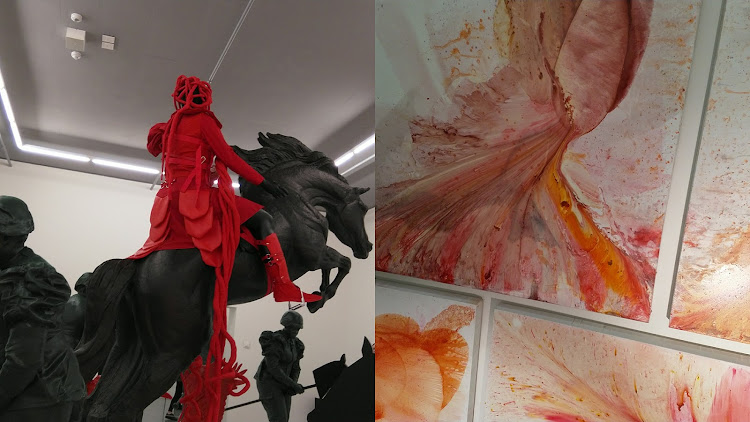 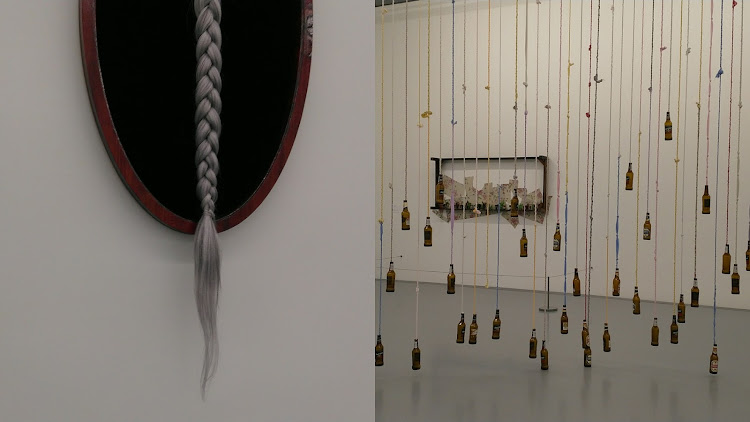 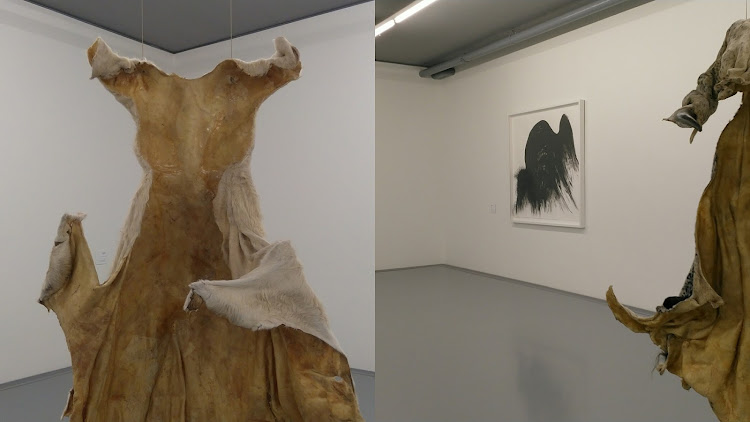 Sure, there are some snags. Since both cameras are working, the ability to touch focus/white balance focus doesn’t work and you are left with darker photos than you want. Likewise, running both cameras at once, even with the faster processer, appears to leave the images grainier than if you take the photos traditionally. But it is a start and it kept my attention for a lot longer than most of these gimmicks normally do. In this day in age that is really saying something.

- Nokia runs on pure android, which means that it does not have any of the annoying partner phone apps that we tend to hide in pockets on our phone. While this makes the phone faster and slicker, the trade off is the Nokia app area that you get when you instinctively swipe up while on the home page is cluttered and unnavigable. All the apps are in alphabetically order and you cannot delete or move any of the them which may be a different kind of annoying but it most certainly is kind of the annoying you can get around when you trade that against a faster operating system.

- Another unique offering is the commercial use of OZO Audio. Nokia 8 takes a Hollywood level sound recording technique and puts it in the hands of the user by combining three microphones with exclusive Nokia acoustic algorithms to capture audio with immersive 360° spatial surround sound. Isolating the direction of the audio recording may sneakily be their most ingenious move yet.

- The phone is ridiculously thin at 4.6mm at the edge and just 7.3mm slim on average. It fits beautifully in your hand, only weighs 160g and is a decent size even for the average (read ladies) pocket.

- The camera, as mentioned, comes with ZEISS optics with the two back primary cameras a 13MP (Colour + OIS) + 13MP (Mono) and dual tone flash. The front facing camera is also sporting 13MP and a display flash.

- The battery is still solid like the Nokia classics of yore and lasts a noticeably long time. Plus it is Qualcomm Quick Charge 3.0 compatible, meaning when your battery is running low you can get back to recording your important moments sooner.

I’ll be honest; I fell in love with this phone. It's the first Android phone I've ever been sad to return. Will I “be less Selfie and be more Bothie?” Probably not. But the merit certainly is there. Congratulations Nokia on your masterful achievement, it's nice to have you back.

EXTRA: WHAT MY MOTHER THINKS

When Nokia handed me the phone they looked at me bright eyed and said "please ask your mother to let us know what she thinks." So kids, Mama Jenny after a thorough inspection, a rigorous handle and play thoroughly approves and likens the phone to the new electric Jaguar: “A luxury nostalgic model brought into the future that is slick but still equipped for everyday use.” Apparently even though the ringtones are still not as nice as the Huawei, the screen is not as nice as the Sony or the phone is not as rugged as the Motorola, she knows that she "can't want a dancing poop face glass iPhone; that she has to reintroduce herself to everyday.” So the Nokia is it for her. She is officially migrating.

The New Nokia 8 is available through Vodacom on uChoose Flexi 150 at approximately R449 PM x 12months.

After the fire starter Galaxy Note 7, Samsung decided to throw everything they’ve got into the redemption of the Galaxy Note 8. Here’s what to expect
Tech & Gadgets
4 years ago

Apple: Six things you need to know about its new AirPods

Expected to become available along with the iPhone 7 before the end of this year, these tiny orbs are the tech that got the tongues wagging at tech ...
Tech & Gadgets
5 years ago
Next Article
© Wanted 2022 - If you would like to reproduce this article please email us.