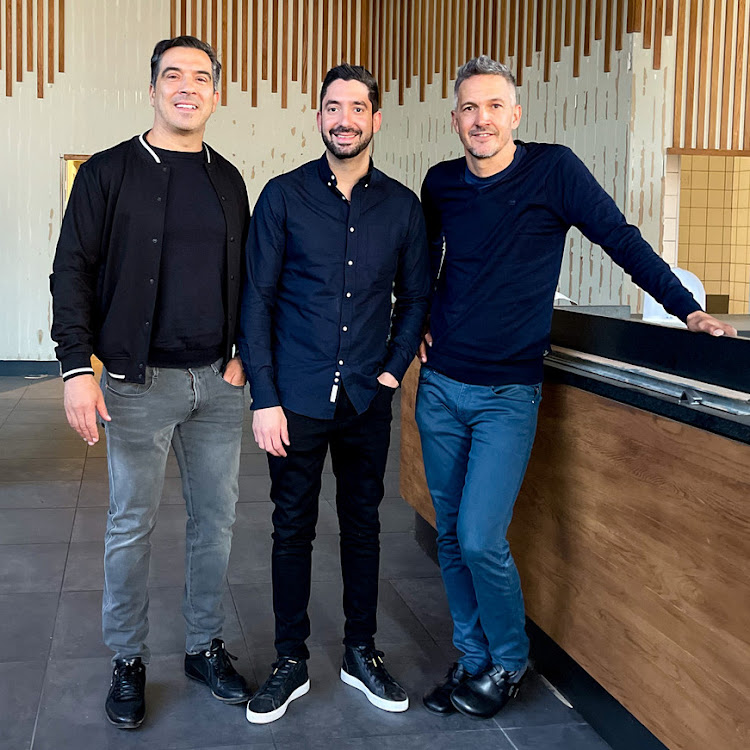 Friday, November 12 will mark the official opening of Marble Group’s newest project which takes shape in the form of an exhilaratingly elevated bar-cum-restaurant concept unlike anything Joburg has seen before.

Since the launch of Marble in 2015, the dynamic duo of chef David Higgs and Gary Kyriacou (and their knack for knowing what this vibrant city craves and their persistent drive to deliver above and beyond expectations) has all but single-handedly redefined Joburg’s dining landscape.

So it should come as no surprise that Zioux (pronounced Zoo) is once again set to raise the bar of our food and nightlife scene — the name, a cheeky nod to the urban jungle of Jozi and the party animals who inhabit it.

Situated across from sister restaurant Saint, within The MARC in Sandton, the 130-seater space is all we’ve come to expect from the group and then some.

“There’s nothing quite like it,” says Kyriacou. “It’s all about harnessing the vibrant energy of Sandton, the city and its people.”

Taking the learnings from the successful bar areas of their first two restaurants, Marble and Saint, they have set their sights on creating a truly international experience as they embark on this project.

Working with their tried-and-tested design dream team, overseen by Marble Group interior-designer Irene Kyriacou together with Grid Worldwide, the new space is set to be an opulent and over-the-top wonderland of indulgence – one that hearkens back to bygone eras (albeit seen through a modern lens) inviting all who enter to dress up, let their hair down and revel in the escapism of this glamorous setting.

One that hearkens back to bygone eras (albeit seen through a modern lens) inviting all who enter to dress up, let their hair down and revel in the escapism of this glamorous setting.

“Zioux will bring warm authenticity but also decadent detail to life,” Kyriacou. “Everything in the space will be custom-made and intricate to create an air of comfort and timelessness in the inside-outside space.”

The bar, made from backlit onyx marble, forms the centrepiece of the space and it’s here where award winning mixologist George Hunter will be serving up a carefully considered selection of cocktails.

The attention to detail is second to none. From the ice machines imported from Japan to the glassware and garnish chosen for each luxurious libation, nothing has been overlooked when it comes to curating this experience.

The food too follows the same thread, with a strong focus on nostalgia, classic dishes and a spirit of playful conviviality underpinned by the highest quality for which they have become known.

“I look forward to creating a space that is in a way opulent and over-the-top but backed by substance. It’s going to be the food we all love to eat, enjoyed how we like to eat it and rooted in nostalgia. It’s going to be nice to get back to that — food that brings us together,” says Higgs

Patrons can look forward to indulging in the raw bar selection including the likes of classic caviar service, sides of salmon, oysters and so much more, while the menu itself will feature a selection of small plates — drawing inspiration from around the globe — that are perfectly suited to easy eating and sharing among a table. Think along the lines of lobster rolls and ceviche to gourmet burgers and shellfish towers.

In addition to its standard offering, Zioux will also play host to an array of luxe brunches and high teas — filling a gap in Joburg’s restaurant space.

Looking to entertainment, partner and director of operations Dino Constantinou hints at big things to come. If the top of the range VOID sound system that’s going to be installed is anything to go by, Zioux is set to be the scene of many an epic party.

After more than a year of being locked down and feeling caged in, breaking free at Zioux sounds like just what is needed.

These are a few of our new favourites, and now is the time to sample them
Food & Drink
11 months ago

The esteemed Sandton establishments, DAVINCI Hotel and Maximillian restaurant, have teamed up to offer private dining in their luxurious suites
Food & Drink
11 months ago