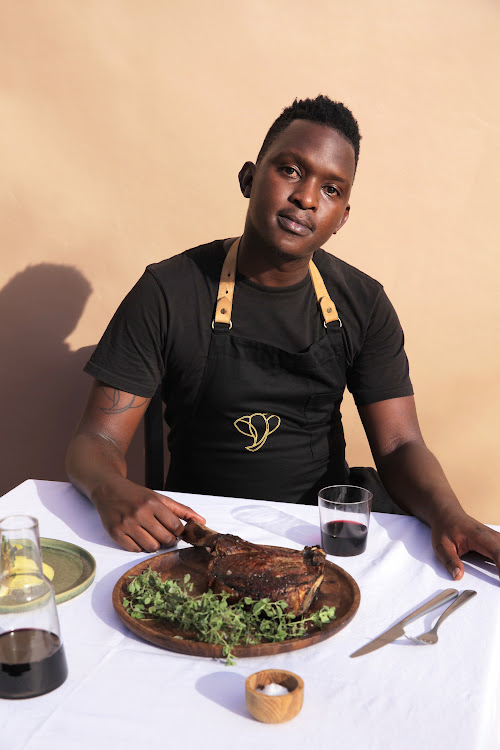 Vusi Ndlovu, the talented chef who cut his teeth at some of SA’s top restaurants and gained international recognition when he ranked among the top seven at the San Pellegrino Young Chef finale in 2018, his opening his own restaurant, Edge.

Having previously worked under the likes of chef Peter Tempelhoff and David Higgs before heading up the kitchen at Maboneng’s trendy The Marabi Club, Ndlovu has an incredible wealth of experience under his belt, which he will no doubt bring with him as he embarks on this exciting new project.

Edge Restaurant is set to open its doors this winter in the wineland’s culinary-centric town of Franschhoek and promises to serve up an epicurean showcase of all that makes Africa so remarkable. By focusing on underutilised local ingredients, techniques both modern and traditional and recipes passed down over generations, the chef drawing from his past experience and natural curiosity, looks forward to celebrating Africa.

Ndlovu has partnered with Absie and Mandlakazi Pantshwa to bring this vision to life, having previously joined forces with them to form The African Culinary Library, a resource dedicated to preserving and promoting African food culture and cuisine. The dynamic sibling duo bring a host of business acumen and a wealth of hospitality know-how to Edge.

“We felt that though Franschhoek was a culinary mecca there was nothing that spoke to Africa as a continent, so that’s how this journey began,” comments Absie. “We wanted to embrace the continent and its vibrancy the only way we know how, with food around a fire in a prime location.”

The menu conceptualised and created by Ndlovu has a strong focus on cooking over fire and will feature a seasonal and ever-changing selection of dishes, paying homage to his heritage and the continent’s rich culinary history. His plan is to highlight indigenous ingredients while presenting them in a contemporary, minimalist and refined fashion.

“I feel like a kid in a candy store,” says Ndlovu of the new project. “I’m experimenting with so many new ingredients and getting to work with produce I haven’t worked with before. I’m so excited to see how people respond to this cuisine.”

In addition to this focus on African ingredients, he is also looking forward to exploring nose-to-tail cooking and getting to use alternative cuts of meats that aren’t often used in restaurants. He also is set on supporting small-scale local makers, artisans and vendors, enlisting stalwart producers the likes of Frankie Fenner Meat Merchants, Franschhoek Fish Market and Truth Coffee Roasting, among others to ensure he sources the best produce for Edge. 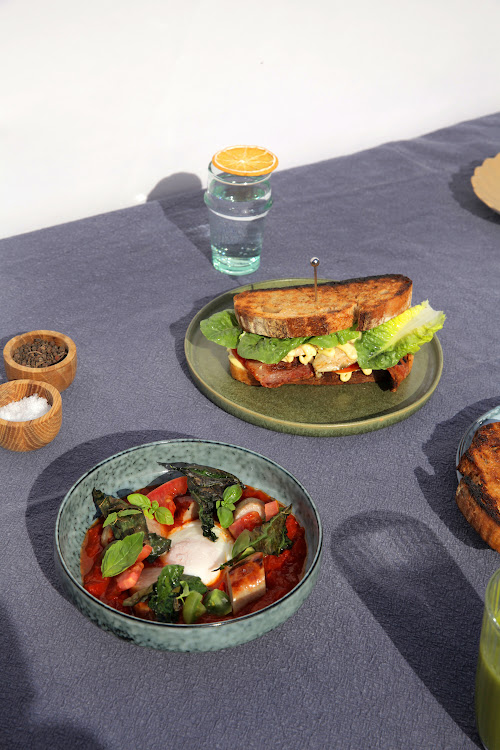 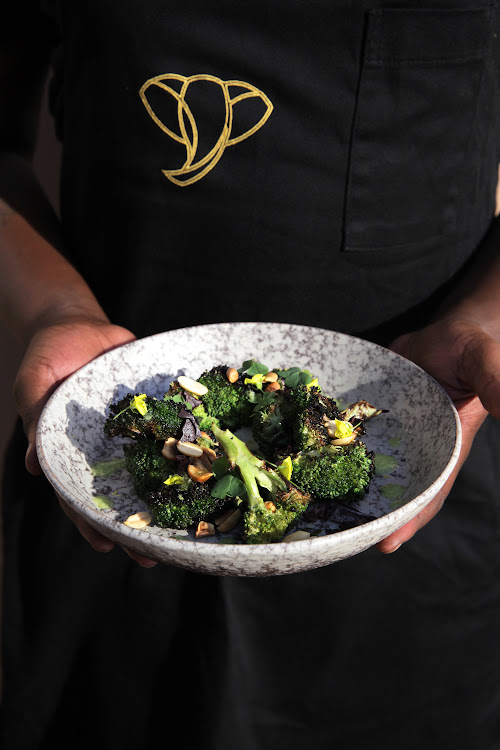 Guests can expect to order off a selection of small plates, such as the crayfish cooked on the fire with a herb salsa and brown butter; a choice of big plates — think grilled, aged pork neck served with muzina, smoked pumpkin and verjuice; and, of course, dessert, which includes “Gogo’s beetroot and pineapple salad” with amasi and baobab custard.

The wine list features a concise selection of local wines, the team having been assisted by artisan wine merchant Publik for its curation. While the cocktail menu created by consultant mixologist Jody Rahme will too make use of unique and interesting African ingredients.

The 60-seater space — complete with a gorgeous garden and large patio — is industrial-chic in design and features natural wood to great effect. The team have partnered with art curator Jana Terblanche to source works from up-and-coming African artists to hang in the restaurant, allowing the place to act as a showcase for their art.

Edge is set to open its doors later this winter and will offer breakfast, lunch and dinner.

The team is also opening its kitchen to fellow chefs, producers and restaurant owners for a monthly industry night — a way of bringing the local foodie community together for an evening of shared food, wine and ideas. The last Sunday of the month will see the start of EasySunday sessions which will include live jazz music and a twist on a “Sunday braai” out in the eatery’s lush garden.

James Diack has opened a new wine bar in Joburg, and it’s not what you’d expect
Food & Drink
1 year ago
Next Article
© Wanted 2022 - If you would like to reproduce this article please email us.