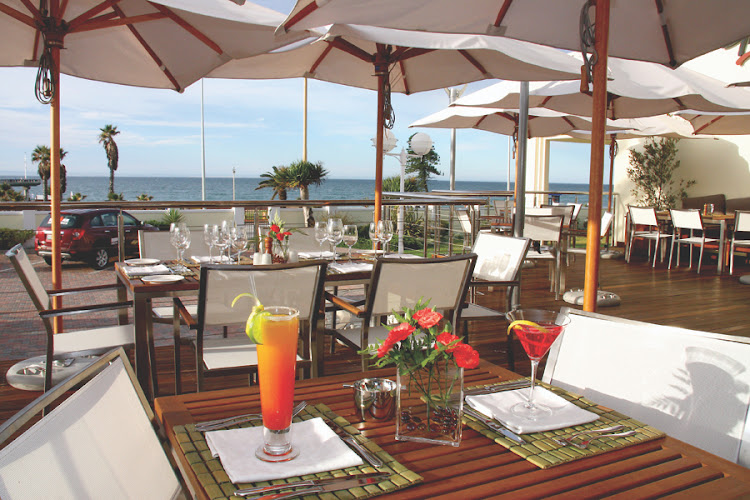 Disappointingly few restaurants in Nelson Mandela Bay offer white-linen napery, and there are even fewer at which the waiter gracefully slides out the chair for you and deftly flicks that starched napkin over your lap before serving an amuse bouche.

Ginger at the Beach Hotel is one of these few; a fine-dining establishment with a long tradition behind it.

The Beach Hotel has been on Marine Drive for close to 100 years, but its original incarnation stretched back to the 1800s until fire razed it in 1915. Ginger, the restaurant itself, took over from the hotel’s now defunct Bell Restaurant. Hotelier Trevor Lombard built Ginger at the front to give diners a view of the sea across the road, and it has evolved into an elegant eatery with its own contemporary yet classic atmosphere.

Wine fundi Lombard has pulled out all the stops for his extensive wine list, which regularly wins Diners Club and other awards. There are not many Gqeberha restaurants that offer such an extensive selection of Champagne, Prosecco, MCC and bubbly; the wine list is longer than the menu — a sure sign of the owner’s priorities!

So, what is the food like? You can expect fresh, predominantly local ingredients, modern cooking techniques and classic favourites.

Service is warm and efficient, and the décor is subtle and neutral. With lots of glass, textured walls and works of art, it’s an ideal choice for a smart business dinner or romantic night out. 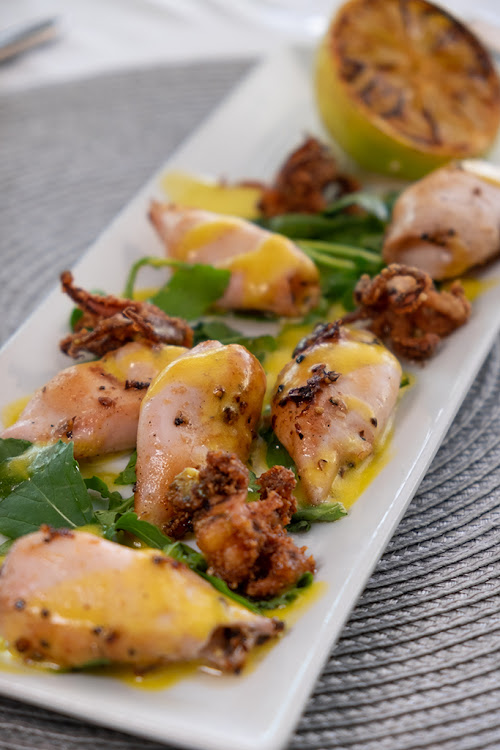 Seasonal menus are switched up every three months (zesty winter warmers are on offer until the end of July), drawing on the citrus produce of the nearby Kirkwood orchards.

The calamari is also locally sourced — a treat for those who favour the deeper flavour and texture of SA’s “white gold” over the soft, and often bland, imported option. The salt and pepper baby squid tubes — crispy tentacles served on a bed of rocket and dressed in a roast garlic and lime aioli — is a good choice to start.

Although tempted by duck à l’orange — another old-style dish you’re not likely to see on a menu anymore — the night was cold, and so we plumped for lamb shank and the chermoula prawns, which, according to out waiter, are house favourites.

The queen prawns are deshelled before being basted with chermoula sauce and topped with ginger soy, dill crème fraiche and spring onion. Served on a silky bed of linguini, this was a luxuriously happy choice.

The lamb shank was as warming as hoped for, before a sweet ending of a gingerbread tiramisu comprising cream cheese and white chocolate layers, served with gingersnap and coffee finger biscuits laced with ginger liqueur. 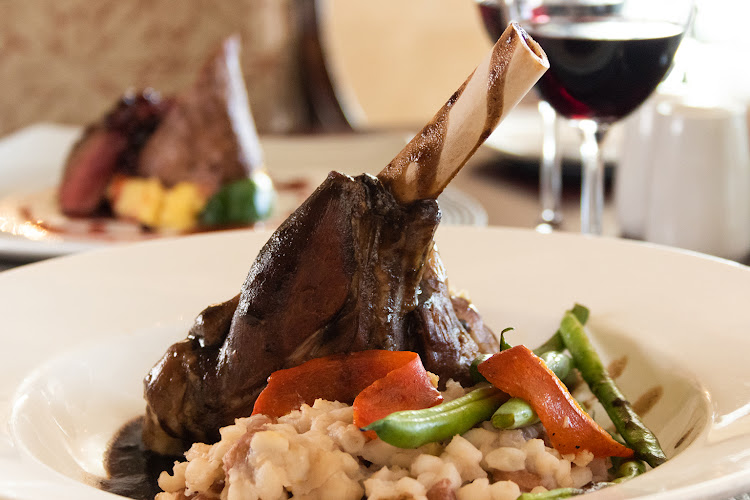 And how does a blueberry sorbet with vegan chantilly cream, served with fresh blueberries and lavender sugar shard sound?

Enjoy a unique, fine-dining experience at Berlin on Main
Food & Drink
4 months ago

Whether you’re catering a last supper or a luxe one, Steve Steinfeld lists some of the best locally available treats for your table
Food & Drink
7 months ago

Need a long-weekend escape? No5 by Mantis is a luxury oasis in Gqeberha

Gqeberha’s No5 boutique art hotel shows guests the art of fine living
Travel
3 months ago
Next Article
© Wanted 2021 - If you would like to reproduce this article please email us.

A sip of Stellenbosch — five reds to fend off the ...

A toast to Ellerman House, as SA's most prestigious ...

A taste exploration beyond traditional cognac