A Primer on menswear

The DNA of a pair of jeans 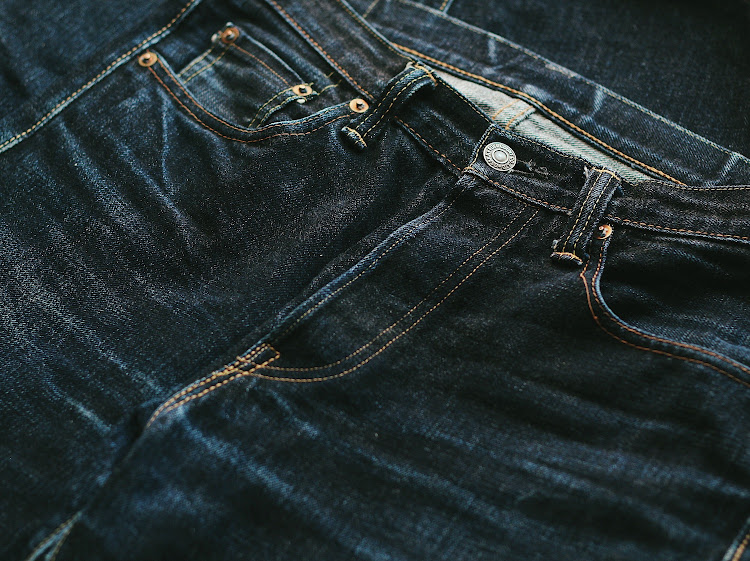 The epitome of rebellion, freedom and the blue-collar working class. There’s no other piece of clothing that has had a greater impact on popular culture since the fig leaf. If the clean-cut classic black suit is the heir to the men's wear throne, the denim jean would be the rough-around-the-edges bastard son who would slay the dragon and win the hand of the princess, all while throwing back shots of neat bourbon. I mix up my allegories but you get my point.

Our story starts with Jacob W Davis a Latvian tailor from Nevada USA who came up with the ingenious idea to reinforce stress points of the denim trousers he tailored for miners and workers by using brass rivets. A short while later Davis would introduce the idea to his fabric supplier — Levi Strauss, another immigrant, a purveyor of dry goods and fabric. The pair would go on to change the way the world dressed under the banner of Levi Strauss & Co. Everyone from miners to presidents, ripped Hollywood heart throbs to normcore dads would go on to make a pair of blue jeans a wardrobe staple. Perhaps it’s the stories that a pair of denim jeans are able to tell that make them so special. From all-night benders of your youth, spilling cheap booze on them and having the time of your life to the pair you wore when your first kid threw up all over you to the pair you cut into denim shorts and that you now wear to settle into your favourite pastime of gardening, your favourite pair of blue jeans grew with you. Each rip, faded crease and stain has a story to tell. We always seek connection, be it a car, a baseball, a dog or a pair of blue jeans. To get a true sense of not only how revolutionary denim jeans are but also the factors that contributed to its longevity, we need to look at three specific elements that contributed to the formation of a classic in every sense of the word.

Everyone owns at least one, and how and when you wear it is entirely up to you
Fashion & Grooming
9 months ago

“Denim”, a contraction of the French phrase “serge de Nîmes” — serge referring to a heavy twill that is developed through the weaving of yarn into fabric. The warp is held vertically and the weft is horizontally drawn over and under the taught fabric. And Nîme referring to the area in France where the fabric was first developed. Two different colour yarns are used, indigo for the warp and white for the weft, giving denim it’s distinct two-tone appearance. This crucial attribute also allows for the fading patterns sought after by denim wearers. The rugged hard-wearing nature of denim quickly found its niche as a workwear fabric staple.

Though available in a myriad different colours and washes these days, denim is best known for the deep navy blue iteration. Indigo was probably first used in India, a natural dye extracted from the leaves of the Indigofera tinctoria plant. Though dark and deep, natural indigo shows a richness of colour that is difficult replicate with synthetic dyes. Cotton dyed with indigo goes on to fade and develop character and a patina based on the individual wearer. 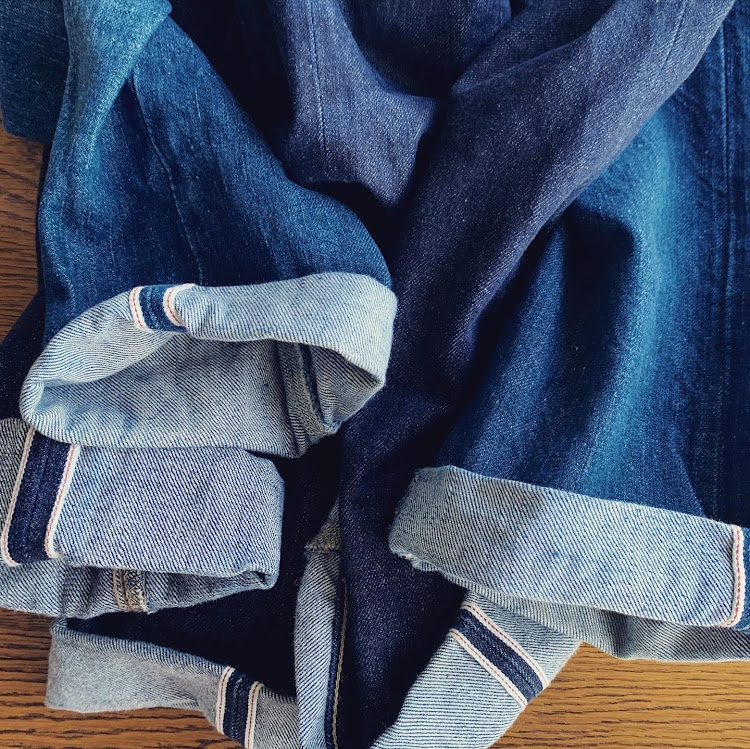 Noticeable by its five-pocket configuration; two at the back, two at the front with a watch pocket inset into the front right pocket, denim jeans were created to be practical and utilitarian. The brass rivets at the stress points were a game-changer in increasing the durability of the garment. Add in other constructions details such as chainstitching at the hem, darts at belt loops and double-needle stitches at the inseam made the denim jeans virtually indestructible compared with other garments.

The holy grail of denim-heads, selvedge denim, gets its name from the self-edge finishing that stops any fraying running along the outseam of the fabric. Woven on shuttle looms with the added benefit of a tighter, heavier weave with a particular nuance to the feel of the fabric.

Until the 1900s all denim fabric was produced on shuttle looms in the US. Around the 1950s as the popularity of denim jeans began to soar, thanks to Hollywood, fabric mills shifted to faster, cheaper projectile looms to increase production. As with most means of production, faster and cheaper generally means a quality trade-off. I should say, however, denim made on projectile looms does not necessarily represent low quality. By happenstance, the defunct shuttle looms were snapped up by Japanese manufactures wanting to recreate Americana they were so enamoured by, after World War 2. Armed with these vintage shuttle looms, the Japanese do what they do best, take something foreign and make it better than the original. I once read the Japanese do Americana better than the Americans. Japan went from importing the best denim from the US to exporting the best denim to the world. Selvedge denim generally comes “raw” or unwashed, leaving the wearer to break-in the jeans creating an authentic faded wear pattern.

The ritual of shoe care

Turn shoe care into a ritual, not a chore; your feet will thank you — and you’ll never be short on compliments
Fashion & Grooming
7 months ago

Your style should evolve and grow with time and taste
Fashion & Grooming
8 months ago
Next Article
© Wanted 2022 - If you would like to reproduce this article please email us.