Tiffany & Co frame the Carters with a rarely seen Basquiat painting, to acclaim and contempt 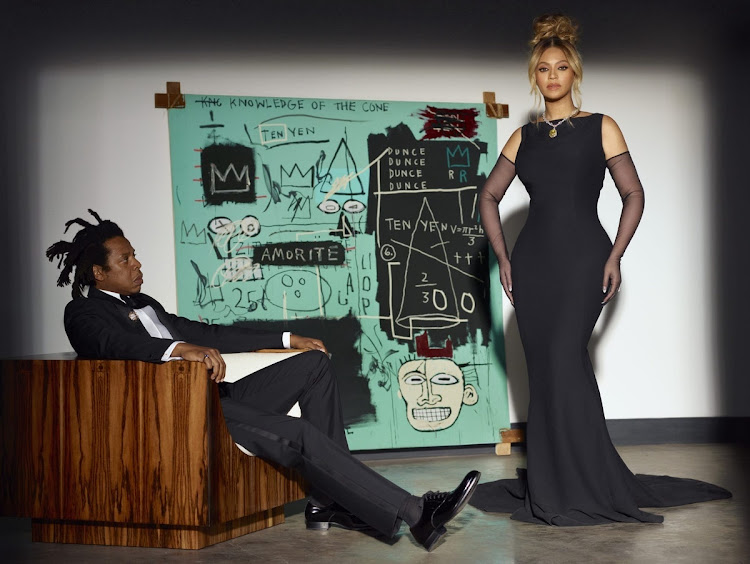 Jay Z and Beyoncé, are adorned with priceless gems and framed by a rarely seen Jean-Michel Basquiat piece, in the quintessential Tiffany’s shade of blue.
Image: Tiffany & Co

The first-couple of America, Jay Z and Beyoncé, are adorned with priceless gems and framed by a rarely seen Jean-Michel Basquiat piece, in the quintessential Tiffany’s shade of blue. The Tiffany & Co advert is striking in its opulence and has been met with widespread debate about legacy, appropriation and identity.

“As a brand that had always stood for love, strength and self-expression, we could not think of a more iconic couple that better represents Tiffany’s values,” said Alexandre Arnault, executive vice-president of product and communications.

At the start of 2021, Tiffany & Co was purchased by the luxury conglomerate LVMH, which restructured the company, its creative teams and appointed the LVMH founder, Bernard Arnault’s, son to the role of vice-president.

The photoset truly has something for everyone: the couple’s first appearance in an advert together, Beyoncé as the fourth woman and first black woman to wear the diamond ever, Jay Z cosplaying as Jean-Michel and Beyoncé as Audrey Hepburn — it’s a feast for the eyes.

The 82 facets and 128.54 carats of the Tiffany Diamond features for the first time in an advert, outshining Beyoncé’s Balmain look and framed by the robin-egg blue of Basquiat’s hidden artwork.

Arnault told Women’s Wear Daily that there has been no evidence that Basquiat created the painting with the jeweller in mind, but adds it is not out of the question: “We know he loved New York, and that he loved luxury and he loved jewellery. My guess is that the [blue painting] is not by chance. The colour is so specific that it has to be some kind of hommage.”

One of the most influential artists of the 20th century, Basquiat’s neo-expressionism focused on the contradictions of capitalism and identity politics. His paintings are social commentaries on colonialism, power structures, class and blackness, which raises the question: why is he being used to sell diamonds? The contradiction is further entrenched by the Tiffany Diamond worn by Beyoncé, a diamond reaped from the Kimberley Mine in 1877 by indentured/enslaved/exploited colonial labour. The power structures and wealth hierarchies, critiqued by Basquiat, are entrenched by nepotism and legacies of looting gems.

Los Angeles’s iconic Orum House is the location, the architect Zoltan Pali’s $56m award-winning design, is outdone by Beyoncé’s neck (and later back) adorned with the $30m Tiffany Yellow Diamond Necklace and the huge Basquiat. The Carters, New York and Hip/Hop royalty, are estimated to be worth around the $2bn mark, LVMH is worth $177bn and Tiffany’s at $5bn.

A black billionaire couple, adorned with colonial diamonds and using a black artist to promote a white-monopolistic company, seems less like the elevation of black excellence and more like out-of-touch personal enrichment and privilege-porn. Yet, one also has to be very aware of the unfair critique and disproportionate expectations placed upon people of colour in privileged positions. 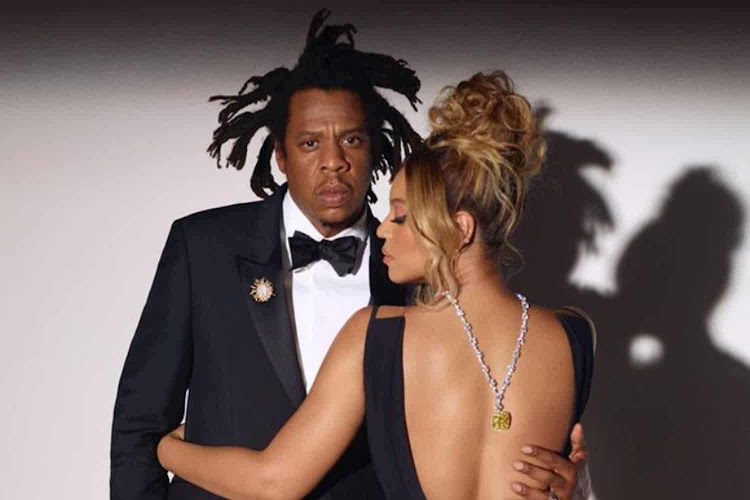 The apartheid-era emeralds of Elon Musk, his heinous workplace and pandemic policies, have not had the same widespread critique as Jay Z’s NFL liberalism or Beyoncé’s cultural appropriation. The distortion of truth is the issue at hand, the co-opting and appropriation of a radical black artist’s painting due to its hue by a European conglomerate is out of touch and grotesque.

Furthermore, the tumultuous time of The Black Lives Matter Movement and the Notre Dame fire in 2019, showed how out-of-touch these fashion houses are. In 10 days, $835m was raised to rebuild the structure, $200m from LVMH. America, a year later, was in flames as historical protests about structural racism and police brutality spread across the country.

The corporate activism of fashion giants was perfunctory and superficial, showcasing the validity of critiques of racism and gatekeeping they have faced in recent years. Histories of profiting off black art, black culture and black talent while maintaining an elitist and exclusive inner-circle, notwithstanding the monetary contribution derived from black consumers, shows the inherent greed and bias. 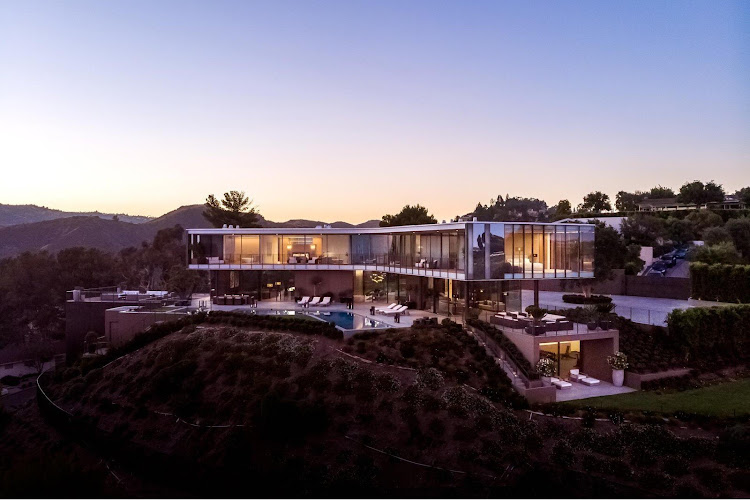 In a period of widespread economic insecurity, racial reckoning and huge inequality, a corporate giant lauding wealth, heroes of the black community and a $30m blood diamond over our heads, is distasteful and blemishes the legacy of Basquiat. However, Basquiat, along with his contemporary Keith Haring, whose licences are both managed by Artestar, have seen copious consumer collaborations over the years since their untimely deaths.

Both achieve the upper echelons of auction prices, yet their estates often don’t get a cut of the value. The licensing of their work is a billion-dollar industry that has distributed and disseminated their work across the world. The question is, when is collaboration appropriate and according to their wishes, or exploitative and against their very ideals?

The president of Artestar said in an interview earlier in 2021 that “the commercialisation is a secondary part to the marketing and storytelling behind our collaborations. The product has to be great, but it’s the emotional connection to the consumer — that’s what it’s about. We’re really thinking about storytelling.”

The nuance and context of storytelling is one of the most debate-rich subjects, and the context of commercialisation, I believe, overrules the anti-racism, anti-structural and anti-capitalistic original storytelling of both artists.

When I was in varsity, an unwritten condition of entry into the fine art faculty of Michaelis or for the purchase of rolling tobacco was a stick-and-poke tattoo of his iconic three pointed crown. The original meanings of the motif, as depicting black people as kings and saints and rewriting white-histories, were lost in the iconoclastic, logo-heavy and mass-produced now-corporate image of Basquiat. 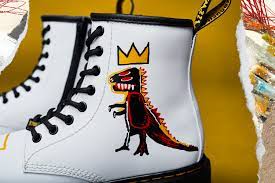 Diet Prada, Instagram’s bona-fide vigilante of fashion faux-pas, posted just 24 recent Basquiat-licensed products, from Uno, to Barbie and Uniqlo, and debates about why only now is there an upset about the corporate usage of his work. I myself, have a Basquiat x Uniqlo T-shirt, Haring converses, a Haring bathrobe and the Basquiat Dr Martins were on my wish list for the longest time. Yet, truly, the most tasteful collaboration I have seen with one of these posthumous artists must be the Tenga Egg Sex Toy Keith Haring collaboration — a piece of merchandise that represents the sex-positivity of the Aids activist.

The diversity of merchandises and consumables that have popped up through fast fashion, mass production and hype-culture is mind blowing and critique only falls on one simple idea: where do you, personally, draw the line?

Anderson .Paak recently posted his new tattoo on Instagram, a paragraph on his forearm dictating that his unreleased works were not to be released in the event of his death. Lana Del Rey and other artists soon echoed the sentiment. This comes following a wake of posthumous releases of Juice WRLD, Lil Peep, Pop Smoke, Prince and Mac Miller. 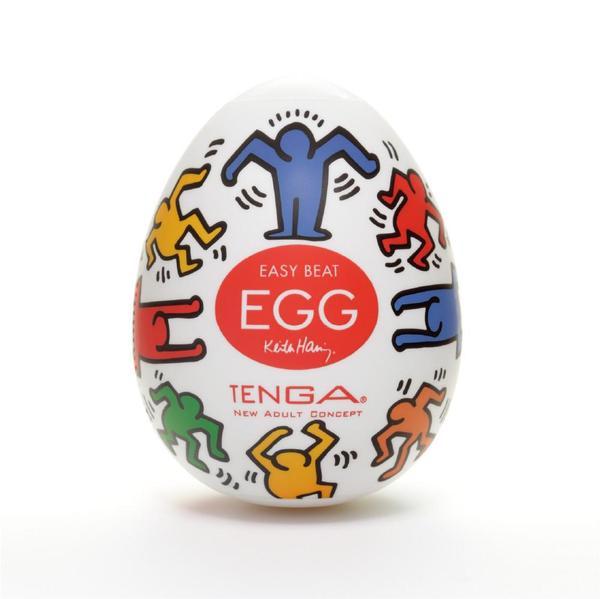 Basquiat, in the excess of the late 80s, was a lover of luxury and fine-living, which doesn’t diminish his themes and motifs of being against capitalism and inequality; we all live in a society. He painted in Armani Suits, modelled for Comme des Garçons Homme and Issey Miyake, the former of which has released a line of Basquiat-emblazoned items; yet, who is to say what the artist would or would not have approved as his legacy.

I firmly believe that the issue is about the market share of LVMH, appropriation and exploitation of marginalised people, gatekeeping of the luxury industry and the excesses of wealth. Beyoncé and Jay Z, albeit disillusioned and distanced by their obscene wealth, are held up to too much critique and expectation, much of which is based on their race.

There is no argument that Basquiat has been reused, re-appropriated and recycled more than one can count, but where do you draw the line, especially when you learn that the campaign — which will reportedly take over all of the digital billboards in Times Square — has pledged to give $2m dollars to fund scholarship and internship programmes for historically black colleges and universities?

Seconds out: Sean Wotherspoon heads for round three with Adidas

The new Johannesburg store offers a range of jeans, jackets, boots and accessories for the cosmopolitan fashionista
Fashion & Grooming
11 months ago
Next Article
© Wanted 2022 - If you would like to reproduce this article please email us.