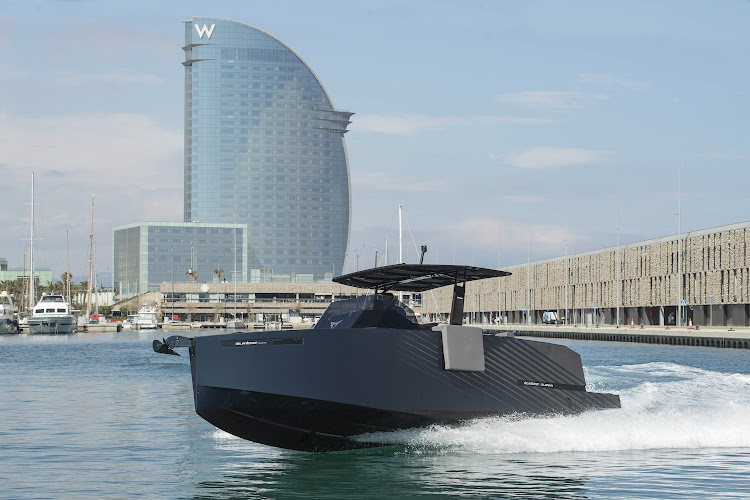 The Cupra Formentor boat has the looks of a movie villain.
Image: Supplied

The world is far from normal right now, but it seems that there are some things that are getting back to the way they were. Big social occasions are happening again in some parts of the world, people are sitting in the rain eating strawberries and watching two people hit a ball to each other, and car brands are inspiring yachts once again.

The latest is Cupra, which you’ve probably never heard of. It’s the performance brand of Seat. Okay you’ve never head of them either. Seat is part of Volkswagen Group, which we’re sure you do know, and Seat was actually sold in SA for a short time. Oh and it’s pronounced Say-at because seats are what you place your backside on to eat strawberries and watch people hitting a little ball to each other.

Back to Cupra though and it has revealed its collaboration with De Antonio Yachts to create a boat inspired by the Cupra Formentor VZ5. This sounds like something an evil movie villain would use to try to destroy the world, except it has vegan leather, and what movie villain would have vegan leather? It also looks like it should glide up to the side of a luxury super yacht where a crack team of bad guys will climb up ropes while wearing neoprene suits and do what bad guys do. Basically, it looks like a menacing thing that if you saw it on the water you would get out of the way of.

Let’s move on to something far more stylish but but still inspired by luxury sports cars, the Otam 70HT. Currently under construction it looks every bit the performance yacht but it’s some of the innovation inside that grabs the attention. The owner wanted the dashboard to resemble the cockpit of a fighter jet and it will be made mostly out of carbon fibre. Then there’s an electric glass screen that can be raised to separate the interior lounge and exterior cockpit. Also in the cockpit is a table that can be lowered and then covered with cushions to create a sun pad. It might not look that large but it’s a three-berth yacht with a master suite up front and a crew cabin in the rear. It ticks the performance box as well, with two 2000hp engines and a maximum speed of 50 knots.

The design of the Otam 70HT is clearly inspired by supercars and it promises to show-case innovation and luxury.
Image: Supplied

Neither of these boats are a match for what really grabbed our attention this month, the Tankoa Linea Sportiva 55, a yacht that is so incredibly well designed it’s practically a work of art. Plus, designer Luca Dini has also drawn inspiration from the automotive world.

“The sleek, thoroughbred exterior lines of the 55m Sportiva express the yacht’s sporty nature reflected in the ‘tails’ of the upper deck overhangs and the automotive-inspired bow section,” he says. “The style is rigorous yet timeless and deliberately contrasts with a layout designed for informal contemporary living.” 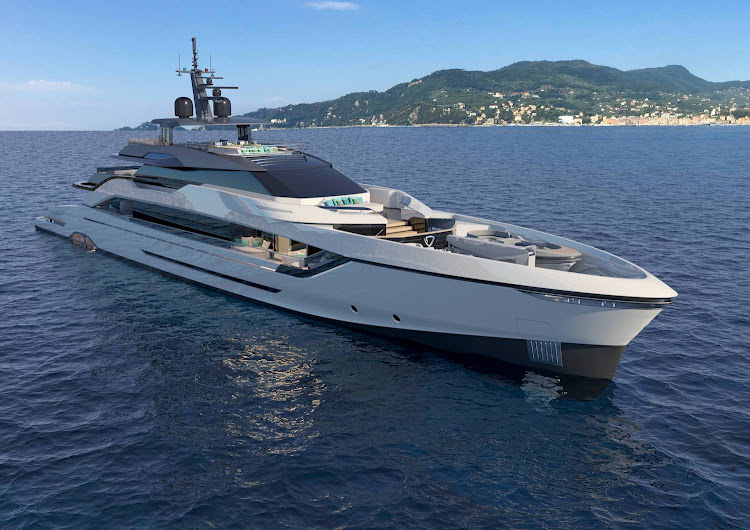 The rear of the Sportiva 55 is inspired by the world of automotive design - not the swim-ming pool bit though obviously.
Image: Supplied

A big focus of the design is the Beach Club at the rear, with a sunken swimming pool, terraced deck that provides access to the gym and sauna and a garage for jet skis and other water toys. There’s also a large window in the hull which allows those seated in one of the lounges to look above or below the water. 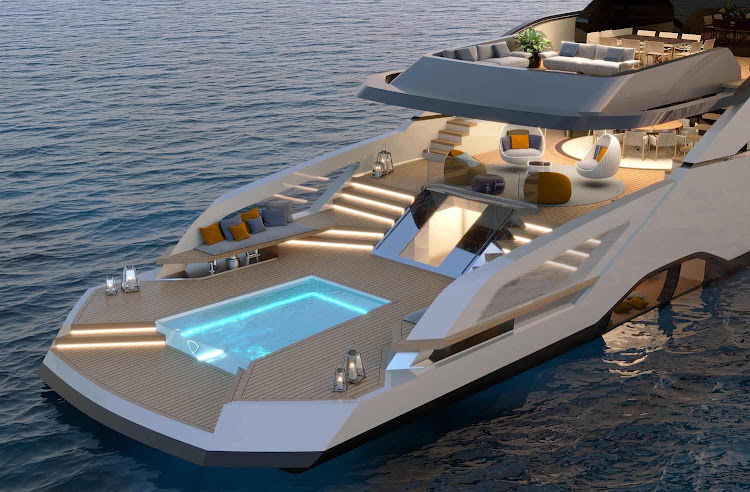 The Tankoa Linea Sportiva 55, a yacht so beautiful that we’d sell everything we have for it.
Image: Supplied

There are four en-suite bedrooms plus crew quarters. The master stateroom has a long walkway with a jacuzzi and sauna. There are multiple lounges, an open-air cinema, a wet bar and a hot tub. It can also be fitted with a hybrid propulsion system to make cruising just a little bit greener.

It is a beautiful thing and if you look at it and don’t want to sell everything you own and go and live on it for the rest of your life then we’d be surprised, because we certainly do — not that we’d raise enough money but there’s nothing wrong with dreaming.

The global yachting industry is finally getting back on the water as a number of models make their debuts at shows around the world
Cars, boats & planes
1 year ago

Explorer yachts are a popular choice for those wanting to seek out new adventures
Cars, boats & planes
1 year ago

Wheels on water: Five of the best yachts from luxury carmakers

Car designers are not only inspired by the yacht industry, they sometimes pen their own
Cars, boats & planes
1 year ago
Next Article
Commenting is subject to our house rules.
© Wanted 2022 - If you would like to reproduce this article please email us.