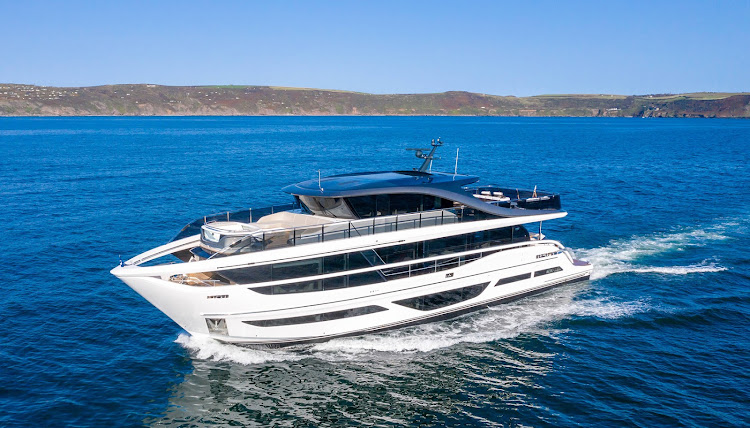 After announcing it early in 2020, Princess finally got to show off its new X95 at Palm Beach.
Image: Supplied

While we’re not out of the woods just yet, the pandemic is starting to recede, and in many parts of the world life is returning to normal. This includes the yachting industry, where big shows are taking place once more, including the recent Palm Beach International Boat show in the US.

Nearly R17bn worth of luxury yachts were on display for potential owners to explore. A big chunk of that was the presence of the 72m superyacht Quantum of Solace, which was built in 2012 and cost its owner R922m. The show also provided an opportunity for the industry to show off its latest models after a year of having to reveal them online.

Princess Yachts used the show to give the eagerly awaited X95 its first official show debut. The company has long been saying that the 28.96m X95 is a complete rethink of yacht architecture, and Palm Beach was the first opportunity for many to see exactly what this means.

Explorer yachts are a popular choice for those wanting to seek out new adventures
Cars, boats & planes
2 months ago

Part of a new series of X Class boats, the X95 has 10% more exterior space and an impressive 40% more interior room than yachts of a similar size. The interior also contains more flexibility, allowing those onboard to make more use of the space and functionality available. Not surprisingly, it’s designed to be the latest and greatest in its class while also pushing the envelope of design and practicality.

“The X95 is designed for those who enjoy exploring further afield and spending time on board at sea,” says Paul Mackenzie, chief technical officer at Princess Yachts. “Recognising this, we’ve installed the latest onboard entertainment, technology and powertrain to make the X95 the ultimate go-anywhere, all-ability yacht.” 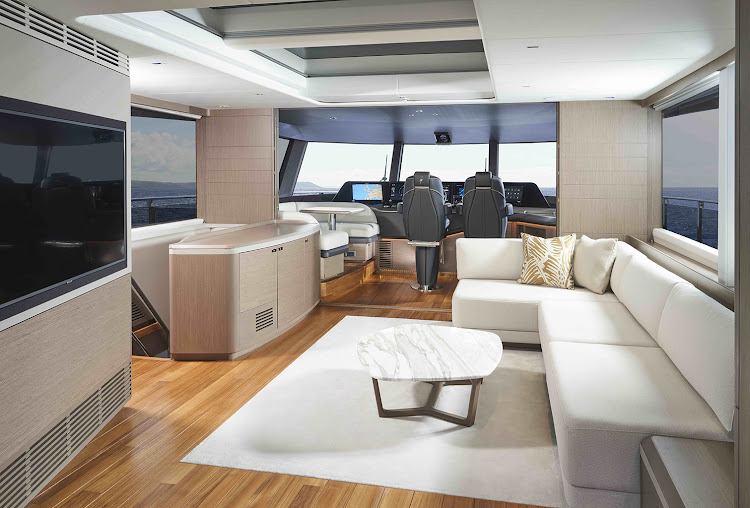 The interior of the X95 has been designed not just for luxury but also flexibility.
Image: Supplied

Sunseeker also jumped at the chance to present some new yachts to discerning clients, including the impressive sounding Predator 55 Evo, a sporty yacht with a top speed of 34 knots. Featuring a master stateroom and a VIP suite, the yacht offers all the luxury you would expect on board together with the latest technology. This includes a carbon fibre roof that can be opened to give the upper deck an airy feel, and a state-of-the-art entertainment system with the ability for guests to choose different music in various parts of the boat. 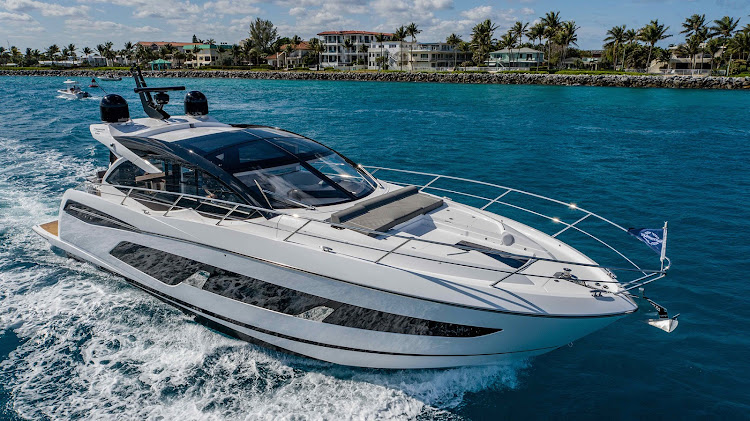 Sunseeker debuted its new Predator 55 Evo, one of a number of new models being revealed by the yacht builder this year.
Image: Supplied 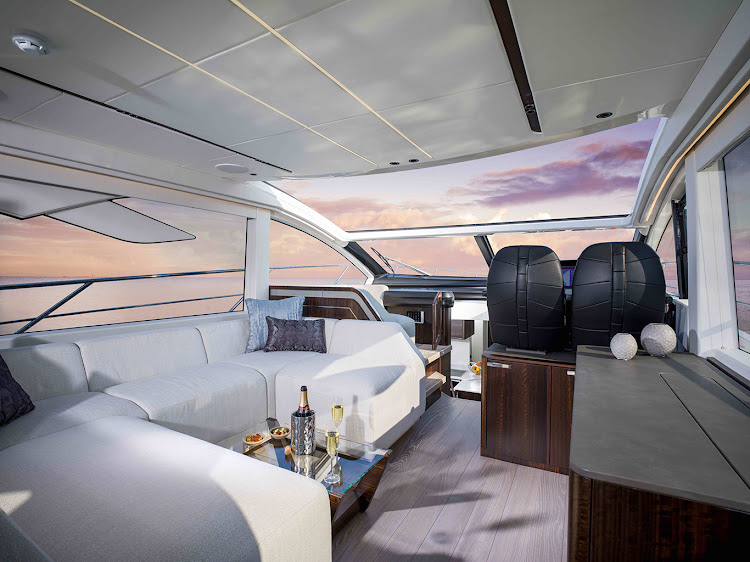 The bridge of the Predator 55 Evo benefits from an opening carbon fibre roof.
Image: Supplied

There’s a relaxing bathing deck, and the 55 Evo has its own garage containing a Williams jet tender — perfect for trips into port, to an island, or for those with a passion for water sports.

One of the most interesting developments at the show was the debut of Navier, a new US start-up company that will build electric boats. It announced its first vessel, the Navier 27, an 8.2m boat that can travel up to 75 nautical miles and reach a top speed of 20 knots. It can carry up to 10 people and features retracting foils that enable it to cruise in shallow water or rise up to travel above waves of more than 1m.

It’s also said to have better handling than many boats thanks to clever aerospace stabilisation technology, and it’s fully connected, so wherever you are in the world you can check in on your boat using an app on your smartphone. One can only imagine that it won’t be too long until you can actually summon your boat to you wherever you are in the world. 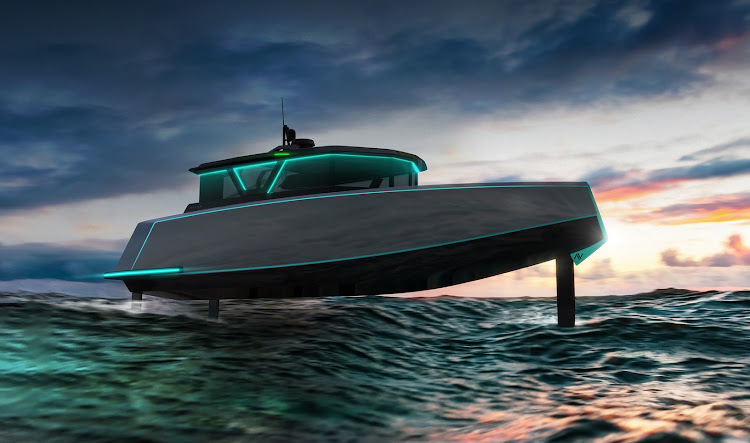 US start-up Navier, has announced it will be building electric boats from 2023 that can travel up to 75 nautical miles.
Image: Supplied

The yacht industry is changing quickly, and while there remain many traditional aspects (particularly when it comes to design, materials and luxury), Lürssen Yachts is fitting the first hydrogen fuel cell propulsion system to a yacht — as you read this — and Navier, among others, are creating electric boats.

Boat-builders around the world crafting yachts from new materials, and you can expect many of the upcoming boat shows to be as much about tech as the traditional craftsmanship the industry is known for.

Five-star floating: The Ritz-Carlton launches its first superyacht, the Evrima

The Ritz-Carlton's luxury superyacht collection promises an exclusive experience of life on the ocean
Cars, boats & planes
4 months ago

Yacht design is an evolutionary business with owners seeking tranquility in traditional craftsmanship
Cars, boats & planes
1 year ago
Next Article
© Wanted 2021 - If you would like to reproduce this article please email us.

Koenigsegg, the maker of $3 million supercars, ...