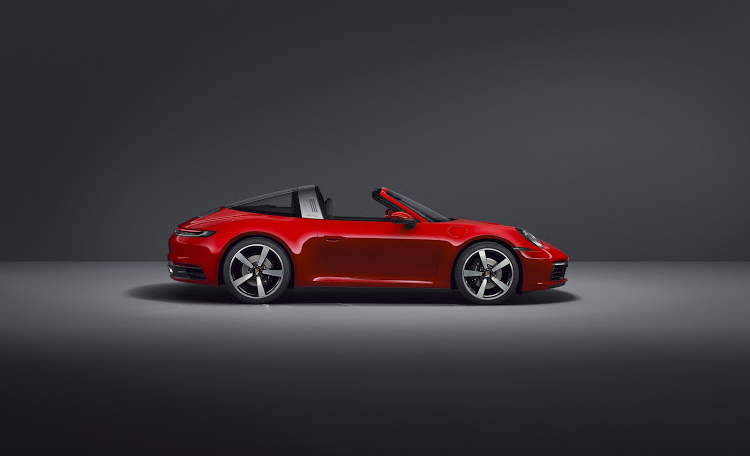 The original 1965 Porsche 911 Targa was conceived as a safer type of cabriolet due to having a detachable roof and a roll bar, but the semiconvertible styling caught on and it became something of a design icon.

Unlike a regular cabriolet, a Targa’s rear window stays in place to provide an open-air experience but still maintains the swoopy — albeit interrupted — roof curve of a coupe.

Though convertibles with folding hard tops have mostly taken over, Porsche persists with the Targa concept and last week launched it as the third body style of the new eighth-generation (992) car, alongside the existing 911 coupe and cabriolet derivatives.

Mark Smyth drove the new GTS-badged SUV ahead of its local release next month
Cars, boats & planes
2 years ago

The roof comprises a soft top and a glass rear window, like the previous 911 Targa, and the electrically operated top takes 19 seconds to open or close. A wind deflector can be manually set in place to reduce draughts in the cabin.

As with the other two 911 body styles, the new Targa is wider than its predecessor with more pronounced wheel arches to give it more road presence. The arches are filled by an asymmetrical wheel setup comprising 19-inch front wheels with 20-inch rears in the Targa 4 model, and a 20/21-inch combo in the more powerful Targa 4S.

Both derivatives are hustled along by rear-mounted 3.0l turbocharged flat-six (boxer) engines, tuned for 283kW and 450Nm in the base model and 331kW/530Nm for the 4S.

Power is put down through all-wheel drive and an eight-speed dual-clutch transmission (PDK), with a seven-speed manual optionally available for the 4S.

Enhanced corner-hugging ability (standard in the Targa 4S and optional in the Targa 4) is provided by Porsche Torque Vectoring Plus (PTV Plus), which comprises an electronic rear differential lock with fully variable torque distribution.

Like the other eighth-generation 911 variants, the Targa versions come standard with a Wet mode that ensures maximum driving stability on slippery roads.

Active aerodynamics include a self-adjusting rear spoiler and cooling air flaps, which alter the drag and downforce characteristics across a range of configurations from the efficiency-optimised Eco mode to Performance mode.

Porsche InnoDrive with adaptive cruise control predictively optimises the car’s speed. With the aid of navigation data and information supplied by the radar and video sensors, the system determines speed limits and topographical road features, such as gradients or corner radii, along the route and modifies the gearshift strategy and speed accordingly.

InnoDrive also includes Traffic Jam assist which uses gentle steering inputs to keep the vehicle in the middle of the lane and regulates the distance from vehicles in front.

The Targa represents about 18% of Porsche 911 sales and has a large proportion of female buyers, Frank-Steffen Walliser, head of the 911 model line, told Motor News. He said the car had a special look and heritage that made it an important part of the company’s line-up. 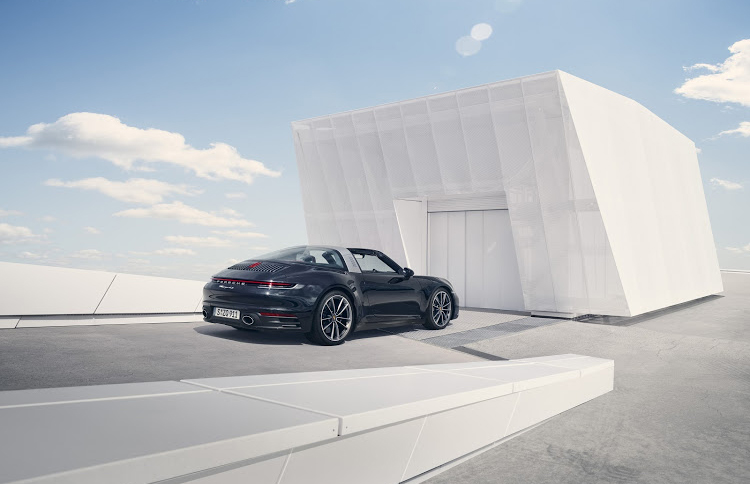 On the subject of heritage, Walliser spoke about potential plans to electrify the 911, which has a rear-mounted six-cylinder petrol engines as part of its DNA.

He said stringent new Euro 7 antipollution laws coming in 2026 would force Porsche to make completely new engines for the next-generation 911 and introduce petrol-electric hybrids, but maintaining the car’s sporting driving dynamics was key.

The response to the recently-launched Taycan sports car has been very good, he said, and it’s been accepted as a true Porsche even though it’s fully electric.

But in an iconic car like the 911, would buyers accept a downsized engine with an electric motor to compensate for the lost output?

“We’re having a very close look at electrification. In the 911 that’s a tough job in terms of packaging, but we won’t put in a four-cylinder engine, don’t worry,” he said.

“We must find the lightest way to introduce hybridisation, and also find where to fit the battery, but we are engineers and we will find solutions; that’s our job.”

The new Porsche 911 Targa will be launched in SA in the fourth quarter of this year at prices still to be announced.

This ballistic Benz has gone on sale in SA as the first million-rand hatch you can buy
Cars, boats & planes
2 years ago