From the mountain to the sea

The quest for country and coastal mansions is hotting up 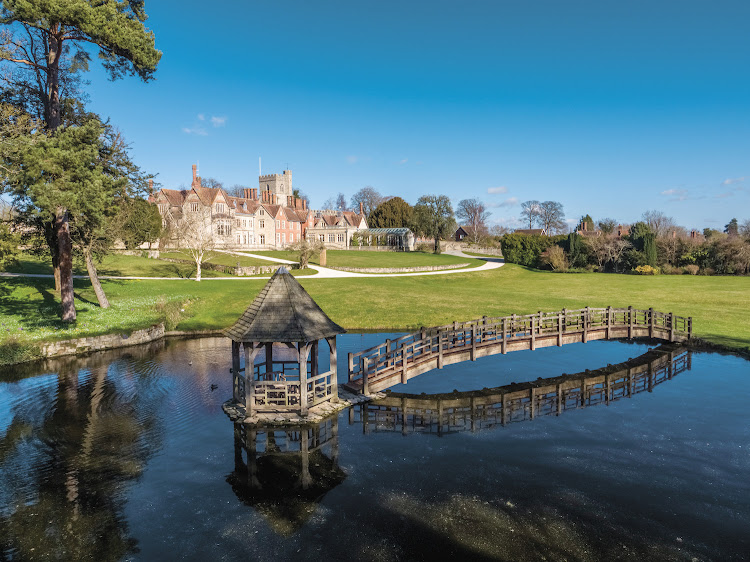 Interest in acquiring a pied-à-terre in a global sun or ski belt has apparently rocketed among well-heeled buyers looking for a remote-work destination in aesthetically pleasing surrounds. Others are opting for a bolthole in the country, where they plan to see the pandemic out on large hectares of land far from the madding crowd.

Whether they’re opting for Palm Beach or the Cotswolds, one thing seems sure: the seriously wealthy are now gravitating towards expansive homes with plenty of acreage, family compounds, and even private islands as the ultimate social-distancing retreats. That’s according to a recent report on the state of the global real-estate market by US luxury-property specialists Coldwell Banker.

English country estates — think Downton Abbey — have become particularly sought-after. UK-based property group Savills last year sold 21 country estates in England, each valued at £15-million-plus. That compares to only one such sale in 2019.

Earlier this year, prince Bandar bin Sultan, a senior Saudi royal and former ambassador to the US, reportedly sold Glympton Park, a large country estate in the Cotswolds, to Bahrain’s King Hamad bin Isa al-Khalifa for more than £120-million. The sale includes an 18th-century manor house, 39 cottages, a Norman parish church, and 68ha of parkland. The mansion boasts a number of eccentricities, such as bulletproof glass on the driveway and a replica English pub, according to Britain’s The Guardian.

New Zealand has also become somewhat of a “safe-haven” destination of choice — especially among US tech billionaires. Peter Thiel, co-founder of PayPal and an early investor in Facebook, seemingly led the charge when he bought a 193ha former sheep station in New Zealand a few years ago. Kate Everett-Allen, head of residential research at international property group Knight Frank, says that recently New Zealand has appeared increasingly on the radars of global investors on the back of the successful handling of the pandemic and a quick economic recovery under the watch of Prime Minister Jacinda Ardern. 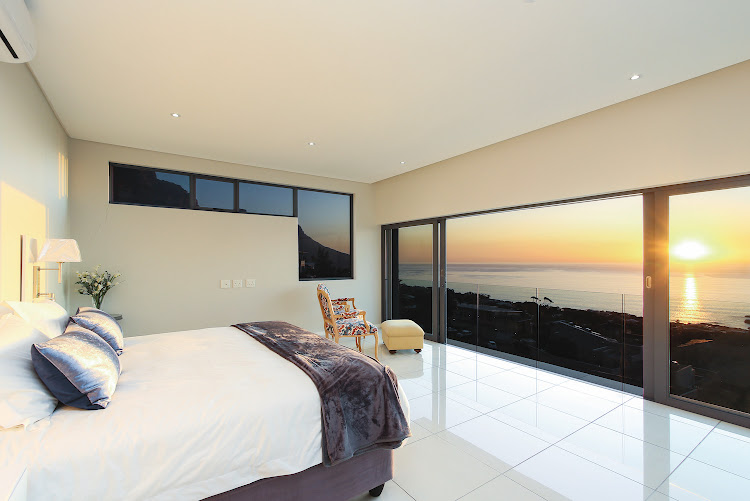 Everett-Allen says higher-than-expected demand for residential brick-and-mortar investments supported house prices in many key international markets last year. Five cities registered double-digit price increases, compared to only two in 2019. An uptick was seen across a number of second-home destinations in the US. She says: “In North America, from The Hamptons to Florida and Aspen, suburban space, coastal retreats, and mountain air were in demand.”

She refers to Florida’s coastal enclave of Palm Beach as being a key “super-prime” performer. The area recorded 20 sales, each priced above $20-million last year — up from 10 sales in 2019.

Increased activity was also seen in prime European holiday hotspots such as France’s Provence and the wider Côte d’Azur, as well as northern Tuscany in Italy and Lake Geneva in Switzerland. As Everett-Allen puts it: “From June onwards the focus in Europe was firmly on coastal, rural, and alpine resorts, mirroring the pattern seen in the US.” 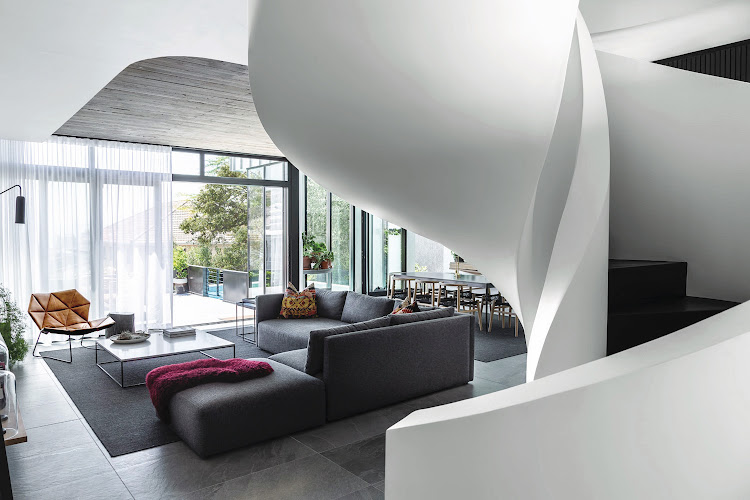 South Africa has also recorded a steady increase in big-ticket property sales in recent months. Local real-estate players ascribe buoyant market conditions to near-50-year-low interest rates and pandemic-related changes in home-buying patterns. It seems that the biggest common denominator among high-net-worth buyers is a search for larger and better-equipped homes. Chris Cilliers, CEO and co-principal for Lew Geffen Sotheby’s International Realty in the Cape Winelands, cites the search for additional square meterage as one of the key pandemic-induced trends to emerge in the luxury-housing market.

She says: “After a long year of spending an inordinate amount of time at home, it’s hardly a surprise that the ‘less is more’ trend has been supplanted by ‘bigger is better’.” It’s not only locals who are pouring money into spacious, multi-million-rand trophy homes. Ross Levin, managing director for Seeff Atlantic Seaboard and City Bowl, says there’s been a marked return of foreigners to South Africa’s shores.

Almost a third of Seeff’s sales above R8-million over the past six months have gone to offshore buyers. The group’s most recent top sale to a foreigner is a penthouse in the Juliette complex on the front yacht basin at the V&A Waterfront Marina for R45-million, the highest price achieved in the precinct in close to eight years. Levin says the three-bedroom property, which has double-volume living areas, a private pool, and 360-degree mountain and sea views was bought by a German doctor — a single woman in her early fifties who plans to live in South Africa six months of the year.

The V&A penthouse sale follows a R36-million sale in Fresnaye to a buyer from Dubai; two deals of R20-million-plus in Constantia Upper; and several R10-million-plus ones in Camps Bay. Levin argues that Cape Town is an easy second-home choice for foreigners as the city still offers way more bang for one’s buck in terms of square meterage than other global capitals. Besides obvious drawcards such as the weather, beautiful beaches, and affordable, cosmopolitan lifestyle, Cape Town also offers top-class tech Bayand connectivity for remote workers, he says. 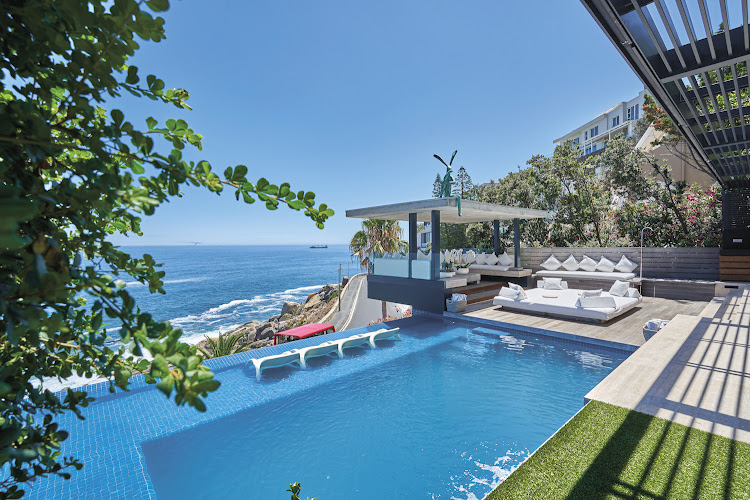 Dogon Group Properties founder Denise Dogon, who clinched the record R290-million sale of a Bantry Bay mega-mansion to a German couple in 2016, shares a similar sentiment. She says there’s been a “huge” uptick in sales to mainly German, French, Swedish, and English buyers in recent months — despite travel restrictions. “Lockdown was a period of reflection, and it seems while people were confined to Europe, they yearned for the beauty and unique features of Cape Town, which offers a lifestyle hard to match anywhere else in the world.”

There’s also been rising interest in rental properties among digital nomads keen to relocate to the Mother City when global travel restrictions are eased. On the swanky Atlantic Seaboard alone, Dogon has already secured three long-term leases with foreign tenants, each in excess of R100 000 a month.

The Western Cape is not the only beneficiary of the renewed trend towards country and coastal living. Erika van der Westhuizen, Pam Golding Properties’ area principal in Hartbeespoort, sold more properties in the resort town north of Joburg last year than in the past nine years. A number of sales went to buyers from Denmark, Botswana, and Nigeria. She says: “Many of our buyers are relocating permanently — they’re looking for a semi-rural, more relaxed. work-from-home way of life but still want to be close enough to the city.”