Brush up on what's available at four upcoming art auctions

With so much top art going under the hammer this spring season, we put together a quick highlights package… Now grab a paddle! 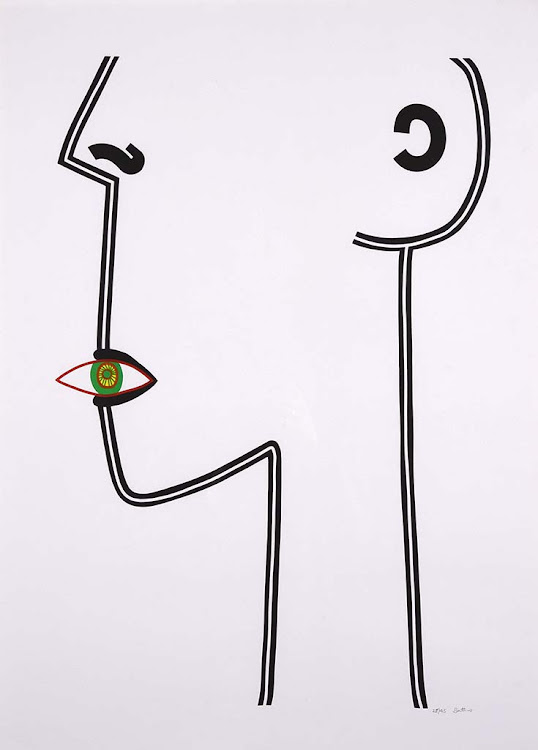 Russell Kaplan Auctioneers (RKA) is slightly different from other auction houses in that they hold monthly rather than quarterly or bi-annual auctions. With this one being so late in October, the next will be on December 8.

RKA always has a broad and eclectic range of art on auction, often including a fantastic range of affordable works, but ranging to top-end stuff that goes for hundreds of thousands of rand, and there are always gems among them.

The October auction includes a particularly good selection of works by Walter Battiss and Peter Clarke. This session also includes interesting international works, including a hand-coloured etching by Chagall titled Moses and a Jim Dine woodcut called The Red Venus.

Viewing starts on Wednesday, including Wednesday evening from 5pm until 7pm, and all day on Thursday and Friday at RKA’s premises in Bordeaux, Joburg, just off Jan Smuts Avenue.

Stephan Welz and Co. is holding its Cape Town auction this weekend and its Johannesburg auction at the end of November. Stand-outs this weekend include a Pierneef oil dating to 1939 with the misspelled title Karroo, a delicately coloured landscape of geometric hills with a towering archway of clouds, and a number of oils by Walter Battiss. Two Women in An East African Village has its roots in the artist’s seminal trips to the East African coast in the early to mid-60s, with bold, spontaneous brushwork and palette knife. 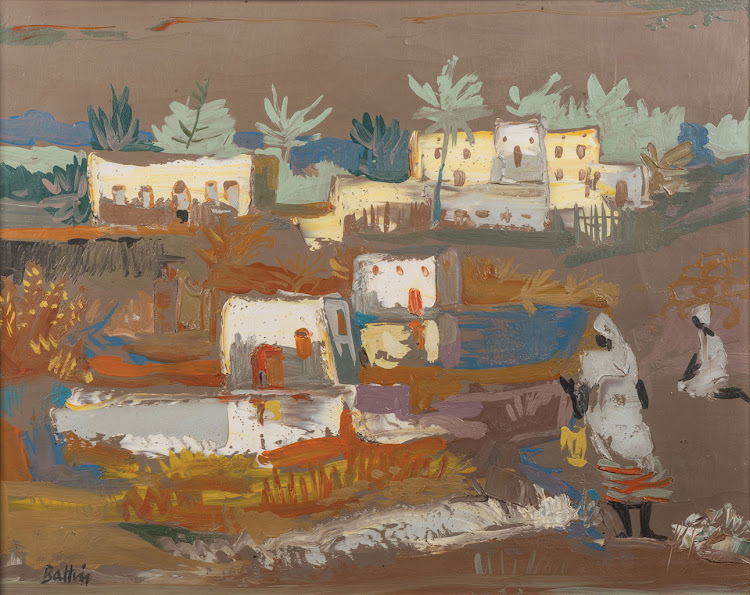 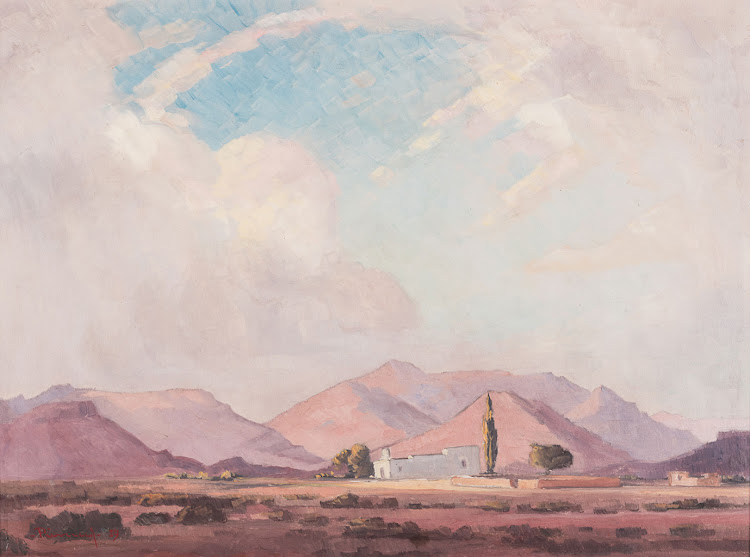 Stephan Welz and Co. has a few nice pieces up their sleeve for their November auction in Joburg too, including a Tretchikoff, another interesting Pierneef, a bronze sculpture of Paul Kruger in exile by Anton van Wouw, plus some contemporary works, including a Nelson Makamo.

Stephan Welz and Co’s Fine Art & Design Auction in Cape Town will be held at the Old Mutual Conference Centre at Kirstenbosch National Botanical Garden, with previews on October 26, 27 and 28. Their Johannesburg auction will take place on November 27 at the Killarney Country Club in Houghton Estate.

Aspire Art Auctions is putting a lot of emphasis on a piece by William Kentridge Drawing from Stereoscope (Double page, Soho in two rooms) (1999), one of the largest drawings from the film Stereoscope, in the famous Drawings for Projection film series. Last year, the auction house set a record price for a drawing by Kentridge in South Africa when Drawing from Mine (Soho with coffee plunger and cup) (1991) sold for R5,456,640. 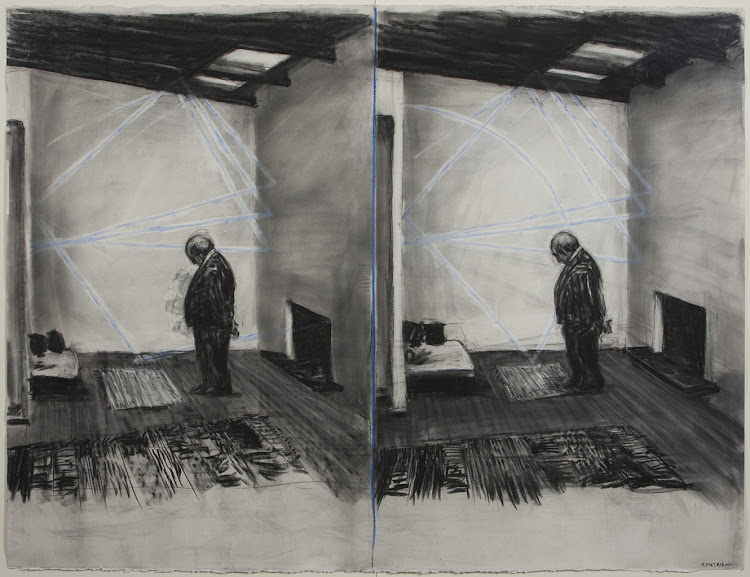 Following Kentridge’s massive production The Head & the Load at the Tate Modern’s Turbine Hall in London in July, and his current show at Goodman Gallery in Johannesburg Kaboom!, there might well be a repeat performance.

They’ll also be auctioning an exceptional piece by Alexis Preller titled Adam, from 1972, which is one of a group of important later paintings depicting Adamic or Apollonian figures. It is the one which Preller himself selected, of only five works chosen to represent him, at the São Paulo Biennale of 1973. 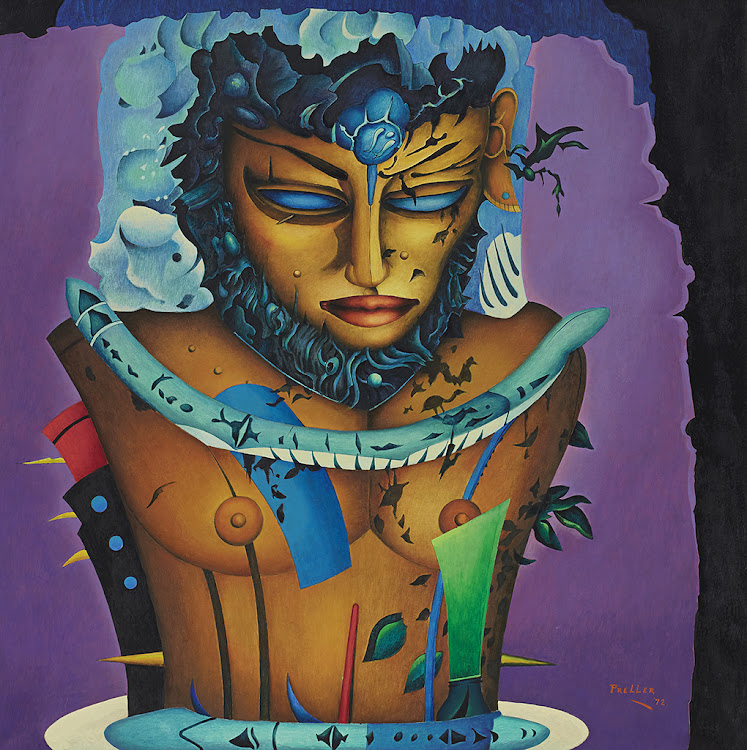 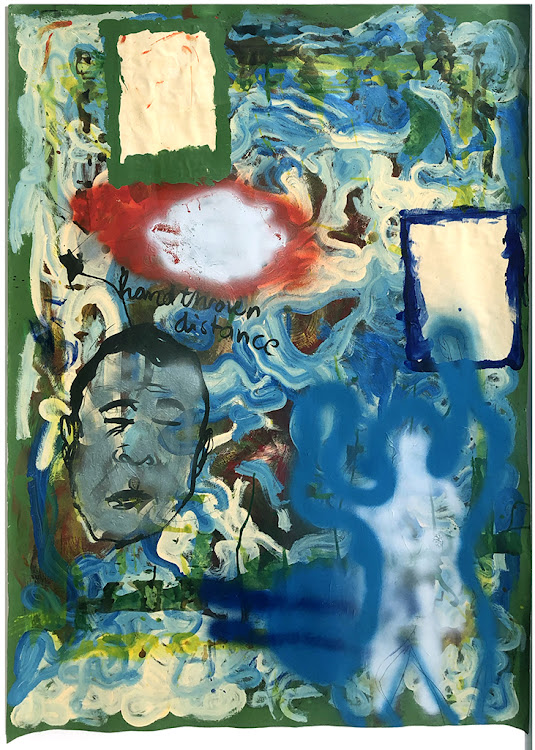 Among the other exciting modern art offerings are two works on paper by Cape Town’s Peter Clarke and contemporary works by artist Moshekwa Langa, whose Mmatšie I sold for a South African record of R311,920 at the same auction. Langa’s mixed-media work hand thrown distance (2000) features on this auction.

Aspire’s Spring Auction will be held at the Gordon Institute of Business Science in Illovo, Joburg. Public previews will be held from Thursday October 25 to Sunday 28 from 10am to 5pm, with various walkabout and talks. These include a talk at 12pm on Saturday by Professor Michael Godby on the Kentridge, a film screening of Stereoscope and a screening of The World of Alexis Preller (1970), followed by a talk on Bringing Adam to the Market by Ruarc Peffers and James Sey at 12pm on Sunday.

Perhaps one of the most interesting sessions at the upcoming Joburg auction at Strauss & Co is a special themed session titled Unsung History. It is being held to commemorate the 30th anniversary of the landmark exhibition The Neglected Tradition: Towards a New History of South African Art (1930-1988), which was held at the Johannesburg Art Gallery in November 1988. 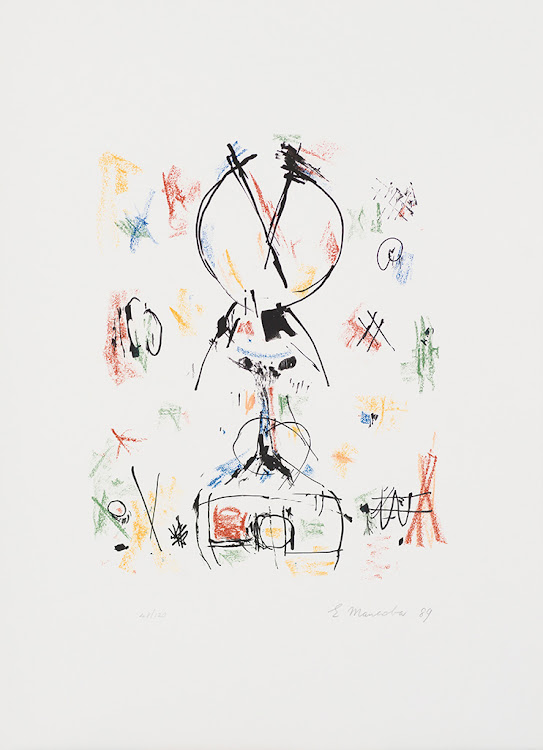 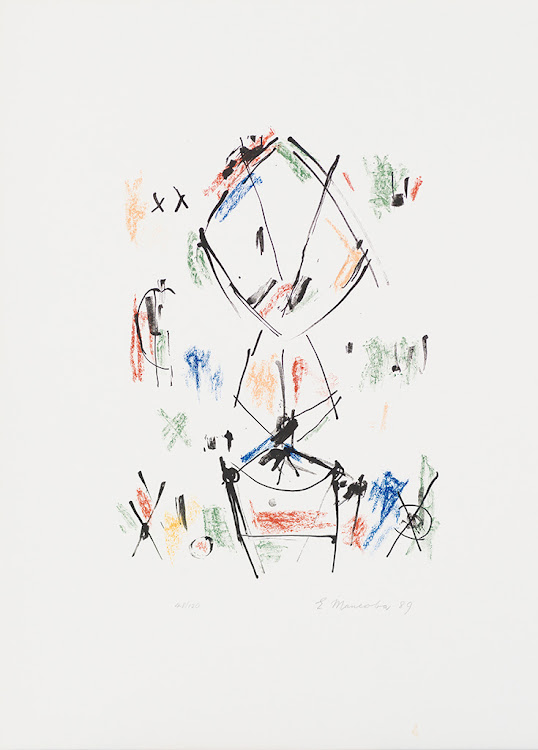 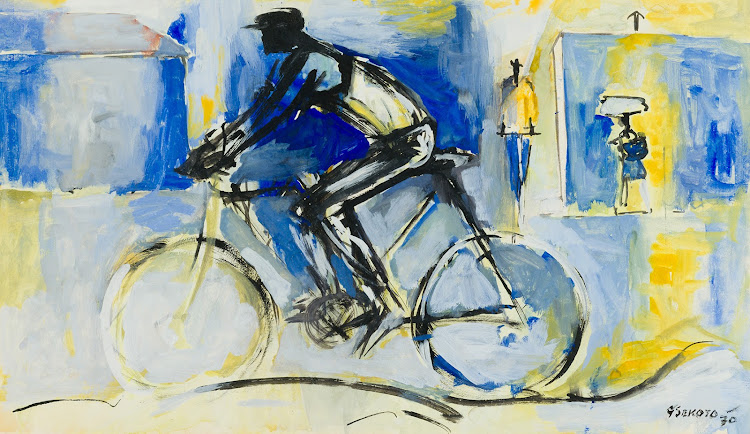 The idea is to “stimulate collector interest in the diversity and variety of South Africa’s art history”, as Strauss & Co director Susie Goodman puts it, and “broaden appreciation among collectors by introducing them to overlooked artists and practices from this country”.

The themed session includes early pioneers like Ernest Mancoba, John Koenakeefe Mohl, Gerard Sekoto and Moses Tladi. Stand-out works include two oils by Ephraim  Ngatane and Sekoto’s Women and Baby in the Street, painted shortly after his return to Pretoria in 1947, and a portrayal of Mont-aux-Sources in the Drakensberg by Tladi, who was the first black artist to be exhibited at the South African National Gallery. 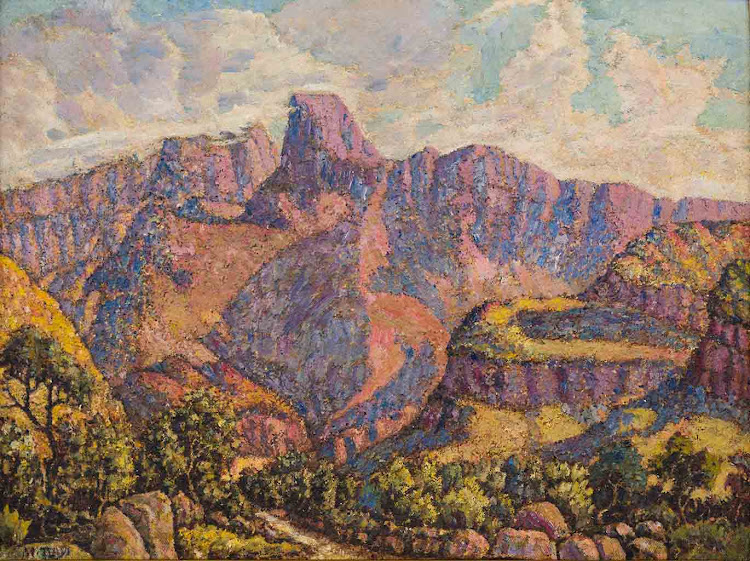 The sale includes a strong selection of sculptures by, among others, Jackson Hlungwani, Noria Mabasa, Philip Rikhotso, Cyprian Shilakoe, Winston Saoli and Lucas Sithole. Other Strauss highlights include a single-owner collection of five remarkable paintings by Maggie Laubser.

Strauss & Co will have these and other works on view at the Wanderers Club in Johannesburg from Friday November 9 until the start of the sale on Monday November 12.

KABOOM! a new exhibition at the Goodman Gallery, is a chance to see some of the material that went into making Kentridge's The Head & The Load
Art & Design
2 years ago

Museum acquisitions of artworks have been a driver for art investment growth globally. We can expect to see a similar pattern emerging in South Africa
Art & Design
2 years ago
Next Article
© Wanted 2021 - If you would like to reproduce this article please email us.