KABOOM! a new exhibition at the Goodman Gallery, is a chance to see some of the material that went into making Kentridge's The Head & The Load 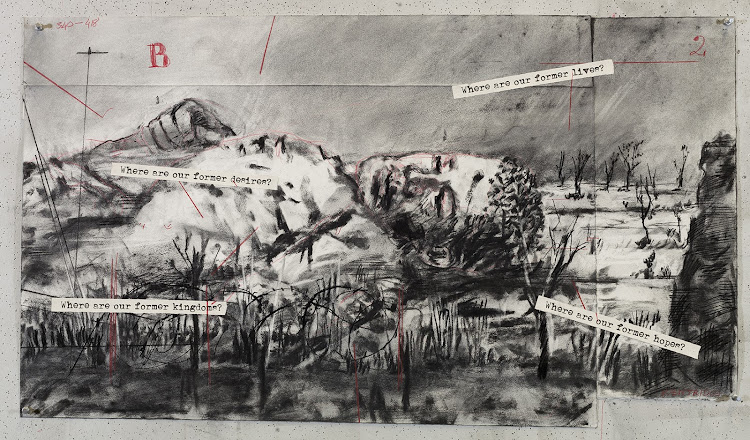 Like many of South Africa’s most famous exports, Kentridge’s biggest projects are now more like imports. They premier (or are located) overseas, and, like The Magic Flute, the Mozart opera for which he made incredible stage projections for the “set”, we see them later at home - and then only thanks to sponsors. This was the case with Kentridge’s former collaborators The Handspring Puppet Company, who did incredible work on War Horse.

In June, Kentridge premiered what’s been called his “most ambitious project to date” The Head & the Load at the Tate Modern’s Turbine Hall in London. It was part of the final phase of the four and a half-year programme of WW1 Centenary Commissions the UK put on to commemorate the anniversary of the war. There have subsequently been performances in Germany and it will be performed in the US in December.

The Head & the Load is a massive production - a hybrid performance including theatre, music, dance, film projections and shadow theatre - taking the form of a musical procession. A 70m stage was set up inside the Turbine Hall to accommodate it.

The Tate made a recording of The Head & the Load available on its website after the original performance but who knows if it’ll ever get to South Africa. What we do get, however, is a chance to see some of the material that went into its making in the exhibition KABOOM! now on at the Goodman Gallery in Joburg.

So, what do you need to know to make sense of it before you go? Here’s a quick primer…

Essentially, The Head & the Load is about a forgotten part of history, or rather, one that was deliberately erased - the participation of almost two million black porters or “carriers” in World War 1, 300,000 of who died, mostly through disease. (That’s 10 times more than the number of soldiers who died in Africa. And there were another 700,000 civilians on top of that.) As it was, there were about four porters for every soldier. They carried all sorts of provisions when mechanised transport failed or reached its limits and when all the horses and oxen had been killed by tsetse fly. 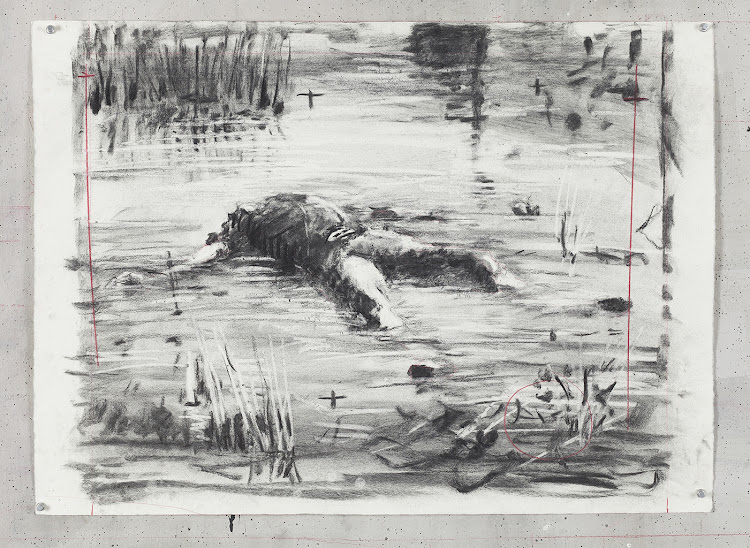 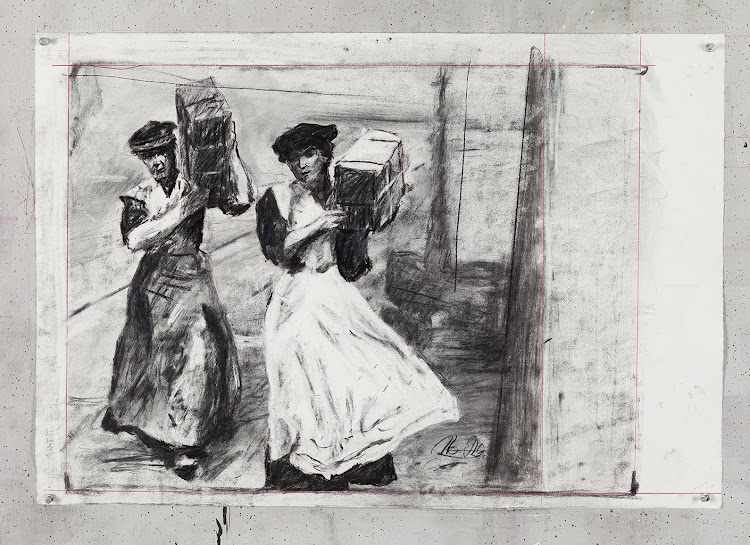 Their participation in the war was deliberately left unrecorded, as some now-forgotten military officer put it, “Lest their actions merit recognition…” The African porters weren’t allowed to bear arms – although some wanted to, partly to be considered citizens of equal status to the white soldiers and partly to earn that status after the war through their contribution. Of course, their efforts did not get them a place at the table when Africa was divided up at the Treaty of Versailles after the war and there is very little that can be excavated to fill in the historical gaps where their experience should be.

So, while The Head & the Load is about commemorating the lives of these forgotten porters, it becomes an exploration of the absurdity of colonialism or, as Kentridge has said before, “the contradictions of colonialism that were heated and compressed by the circumstances of the war”.

As such, the Head & the Load became an attempt to tell the story of the war in Africa without a main character and without a narrative. Rather than try to make sense of what happened in Africa during the conflict, it traces the loss of meaning the war itself and its historical erasures represent. It tries to find a way of telling a story, while enacting its own inability to do so, making allowance for the fact that the story is incomplete, fragmented and incomprehensible, and that our relationship with the past is provisional. Kentridge has compared it to a collage, which displays the techniques of its own making. 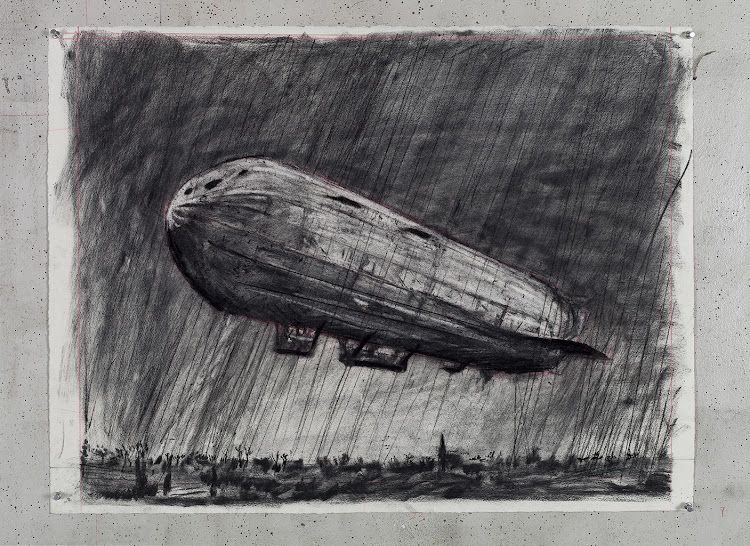 That’s why there are words in the artworks and on the soundtrack to the video that appear in random fragments, and are translated from one language to another and then another, so that their ability to make sense is stretched to (and beyond) its limits. The words and phrases that appear in the artworks have been mined from relatively well-known texts by Frantz Fanon and Sol Plaatjie but also snippets of forgotten letters, songs, poems and so on. There are phrases taken from a Swahili phrasebook published for colonial commanders. There are visual references to real episodes, such as an entire steamship that was carried bit by bit in crates from Cape Town to Lake Tanganyika to take on the German East Africa Campaign, and other such absurd episodes.

In the end, this crazy cabaret is a vast, ambitious experiment – not quite teaching us anything, not entertaining us, not trying to tie up loose ends, but nonetheless powerful. Rather than trying to find some sort of resolution in history to commemorate those whose lives were all but erased by it, it does something more profound - it takes that history, and the aesthetic, philosophical and spiritual fallout it left in its wake in Europe, and presents an African response.

Oh, and it’s called The Head & the Load after a Ghanaian proverb that says: “The head and the load are the troubles of the neck.”

- KABOOM! is on at the Goodman Gallery Johannesburg until November 10 2018.

Powerhouse Liza Essers chose a career in art over finance. Her decade at the helm of the Goodman Gallery shows it was a felicitous decision
Voices
3 years ago

As a performer, video artist, sculptor, and draughtsman, Lehulere’s work is arguably the most accurate example of contemporary art
Art & Design
3 years ago

Museum acquisitions of artworks have been a driver for art investment growth globally. We can expect to see a similar pattern emerging in South Africa
Art & Design
3 years ago
Next Article
© Wanted 2022 - If you would like to reproduce this article please email us.