Our lifestyles — including diet, smoking, sleep, dental hygiene and more — play a huge role in the levels of inflammation in our bodies 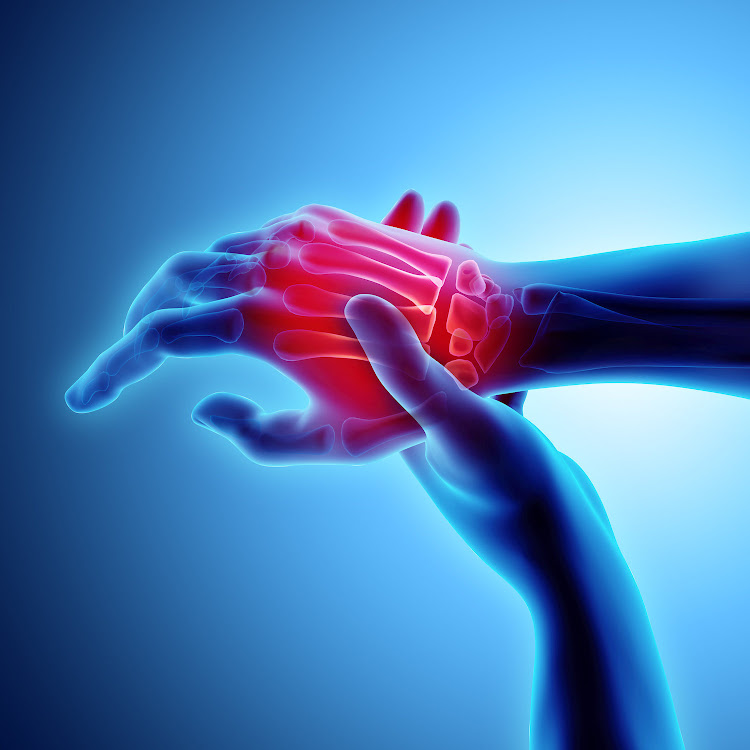 Language is a great thing. Our ancestors passed down wisdom — or folklore — using colourful idioms. For good or for bad, they stick, and without even noticing it you may well find yourself repeating them.

Good things come to those that wait. God helps those who help themselves. A stitch in time saves nine. Don’t count your eggs before they hatch.

It seems the old folk also knew a thing or two about food. My grandmother used to enjoy saying: eat to live, don’t live to eat.

What about: “You are what you eat”? She liked that one too. Apparently, it was first uttered in 1826 by French lawyer Anthelme Brillat-Savarin.

Last week my partner — who happens to be a trainer — told me about a discussion with one of her clients about diet and inflammation in the body.

It got me thinking — there are times we need inflammation because it is our body’s response to infection and injury. In layman’s terms, when the body signals an injury, it dispatches white blood cells to surround and protect the area. It’s not just cuts or knocks — this is how we react to infections such flu. This is called acute inflammation. However, it reminds one of another old idiom — too much of a good thing.

If you’re exercising all the time and not losing weight, perhaps its time to ask why
Wellness
10 months ago

This is a bit like SA in July. For one week, two provinces were being affected by unrest and so the brain — eventually — deployed the army to quell the unrest. While it caused some initial swelling and redness, the burning subsided. But — what happens if the army never retreats? Similarly, what happens with chronic inflammation?

Harvard Health Review recently ran a compelling fire analogy: “Inflammation is like a fire in your body you cannot see or feel. ‘It's a smouldering process that injures your tissues, joints, and blood vessels, and you often do not notice it until significant damage is done,’ says Dr Andrew Luster, of the Center for Immunology and Inflammatory Diseases at Harvard-affiliated Massachusetts General Hospital. The damage might show up as arthritis, heart disease, stroke, and even Alzheimer's disease.

“However, inflammation is not evil per se. It has an important role in how your immune system keeps your body safe and healthy. ‘The goal is to keep inflammation in check and not let the fire run wild,’ says Dr Luster.”

As it turns out, our lifestyles — including smoking, sleep, dental hygiene and more — play a huge role in the levels of inflammation in our bodies, with diet being a crucial factor. We are, indeed, what we eat.

Some foods trigger inflammation in our bodies. The thought is terrifying — a smouldering fire that we may not be aware of until something collapses. However, this doesn’t mean one should self-diagnose and go on a radical “anti-inflammatory” diet unless told to do so by a qualified professional.

On the other hand, once you read what causes inflammation as opposed to what reduces inflammation, you may find solace in something resembling a Mediterranean diet — whether or not you eat animal protein.

Foods that cause inflammation: refined carbohydrates such as white bread, pastries and pasta, simple sugars such as sweetened beverages and sweats, processed meat, margarine and excess alcohol.

While that isn’t an exhaustive list — there are many online resources to find full lists — it’s a list of the food we already know is bad for us. We already know eating too much of these foods can make us gain excess weight, but if that isn’t enough to influence our eating choices, maybe the fire analogy will help us take control of our choices.

Which foods are said to help reduce inflammation? Green leafy vegetables, berries, nuts, fatty fish, green tea, extra virgin olive oil and curcumin, which is derived from turmeric. Those could be the ingredients in any health recipe book. We know this stuff.

If we know that uncontrolled inflammation can cause disease and that the way we eat influences the level of inflammation in our bodies, what else do we need to hear before we switch things up once and for all and cut out the junk?

Exercise alone will only take fat, or weight, loss efforts so far
Wellness
11 months ago

No two bodies are the same, but nothing will work if you are not consistent, week after week, month after month
Wellness
11 months ago

Does the future of working out include both the gym and home?

Where and when people workout may be changing due to Covid-19, but nothing beats working out at a gym
Wellness
11 months ago
Next Article
Commenting is subject to our house rules.
© Wanted 2022 - If you would like to reproduce this article please email us.