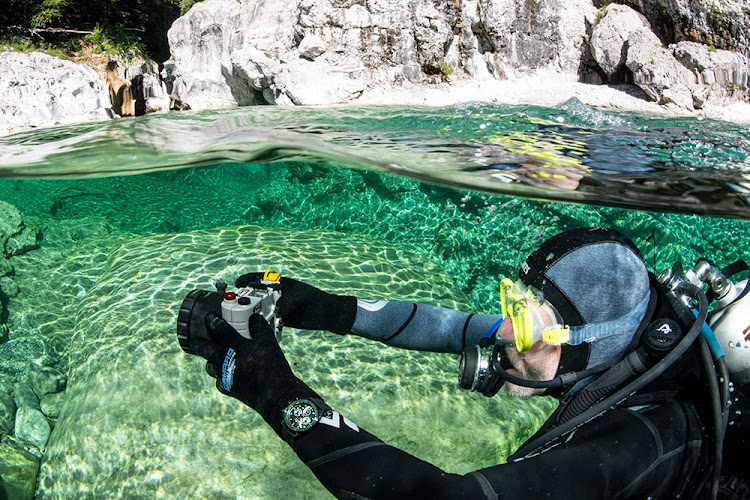 The Blancpain Fifty Fathoms in action on a dive in northern Italy. Picture: SUPPLIED/HARALD HOIS

When the young Swiss watchmaker Jean-Jacques Fiechter invented the first Blancpain Fifty Fathoms diver’s watch, he did it to save his own life.

It was the 1950s, the world was recovering from the Second World War, and scuba diving was a relatively new recreational sport. Holidaying at his mother’s summer house in the south of France, Fiechter had to undertake an emergency ascent during one of his dives. He had lost track of time and run out of air in his tank.

Being in the watch business already, Fiechter — then the co-CEO of Blancpain — knew he had to design a watch that could prevent him and other divers from going through the same dangerous experience again.

At the same time, the French Navy was hunting for a watch to help its combat navy divers — and so the Blancpain Fifty Fathoms was born. The name refers to the maximum depth (about 91m) that divers could go to with the equipment available at the time and was inspired by alliteration in Shakespeare’s The Tempest where he writes about “five fathoms”. 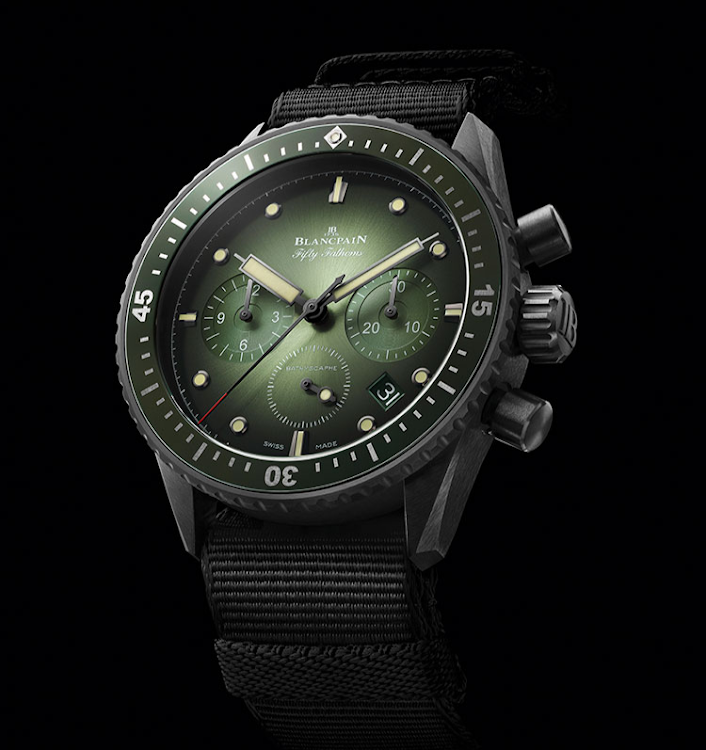 It is fascinating history like this that is told in the documentary film Fifty Fathoms: The History as Told by the Pioneers Who Created It, recounting the most important events in the creation and seven-decade evolution of the watch.

The film gives the background to the key inventions — all patented — which Fiechter developed, explained by a master watchmaker from Blancpain’s vintage department. The film also recounts the saga of the US Navy’s multiyear testing programme that led to the selection of the Fifty Fathoms as its dive watch and gave rise to the famous MIL-SPEC models.

Equally fascinating is the German Navy chapter and the creation of the Bund No Rad model that was created for the German Navy’s combat swimmers. (You’ll have to watch the film to find out what that strange name actually means!)

Blancpain has released the two-part film in celebration of the watch’s 70th anniversary on the Blancpain website and on YouTube:

The documentary is narrated by Emmy Award-winning actor and author Peter Coyote and includes an interview with Fiechter – himself a historian, and now 94 years old. A rather dashing Robert “Bob” Maloubier, OBE, who oversaw the French Navy’s adoption of the Fifty Fathoms as its dive watch, also recalls his important role in the making of the Fifty Fathoms.

The second part of the documentary fast-forwards to the modern era, when Marc A Hayek, Blancpain’s current president and CEO, revived the Fifty Fathoms. A scuba diver himself, Hayek has the same pioneering spirit as Fiechter and has redefined the Blancpain Fifty Fathoms as not only a diving instrument but also a timepiece and an important role player in the fight to preserve the world’s oceans.

In many ways, the Blancpain Fifty Fathoms has, since its invention in 1952, defined the genre of diver’s watches for the entire watchmaking industry. Its features and designs were not only milestones in time, but they also expanded the diver’s watch category.

This article was paid for by Blancpain.

Sustainable luxury: These watch brands are doing their bit for our planet

From the innovative newcomers to heritage brands, more companies are making a concerted effort to be sustainable
Watches & Jewellery
1 year ago

SPONSORED | The desert-coloured Fifty Fathoms Bathyscaphe Day Date is for adventurers, enthusiasts and creative minds
Fashion & Grooming
1 year ago
Next Article
© Wanted 2022 - If you would like to reproduce this article please email us.