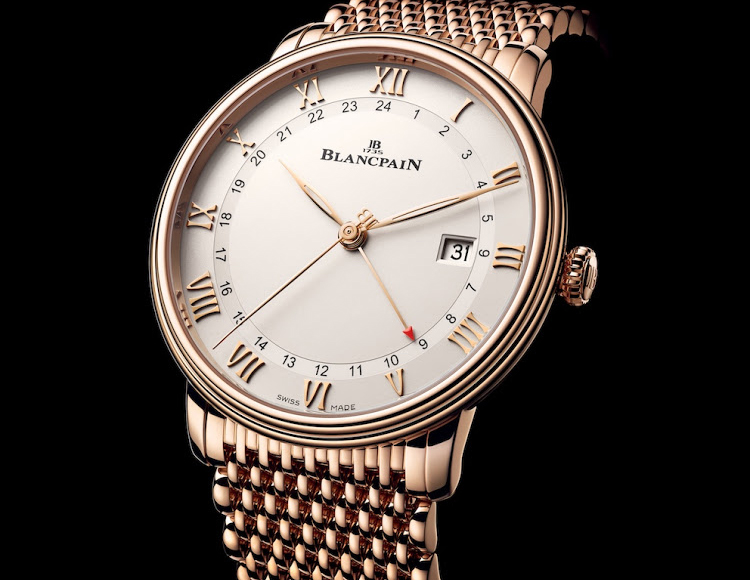 Blancpain enriches its extensive collection of women's models with the addition of a calendar timepiece in its Villeret line.
Image: Supplied / Blancpain

Named for the birth village of Blancpain, the Villeret line, one of the watchmaker’s most classical collections, welcomes new models displaying the collection’s iconic attributes and the brand’s watchmaking expertise blended with simplicity and style.

Blancpain enriches its extensive collection of women's models with the addition of a calendar timepiece in its Villeret line. Equipped with a date, it stands out for its refined aesthetics and curved details. The date window is oval in shape, a novelty within the collection. The successively displayed numerals have also been redesigned and feature a curvaceous font. These characteristics are naturally complemented by the key attributes of the Villeret collection, such as the rounded double-stepped bezel and cutout sage leaf-shaped hands for the main indications.

The proportions of this new model have also been carefully determined to guarantee perfect harmony between all its constitutive elements. The 33.2mm-diameter case, available in steel or red gold, is set with 48 brilliant-cut diamonds. As is customary in the Villeret collection, the steel version has a white dial and the red gold version has an opaline dial, both set with brilliant-cut diamonds.

To ensure its customers are spoilt for choice, Blancpain offers a non-set version of each of these models. The four new watches are fitted with either an alligator strap or a mille mailles bracelet and can also be purchased with a kit of five interchangeable wristbands to suit every mood.

On the Fifty Fathoms side, history is in the spotlight. The star timepieces are distinguished by a vintage look inspired by the first military and civilian diving watches produced by Blancpain. 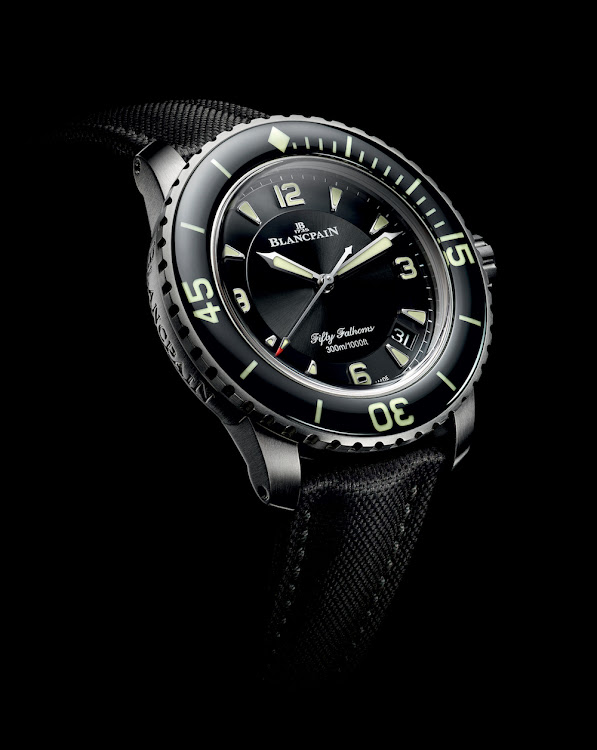 Upon its release in 1953, Fifty Fathoms, the first modern diver’s watch, immediately appealed to professional divers and soon thereafter to their civilian counterparts. It has since become the archetypal watch in this genre.

As relevant as ever six decades on, its main original technical and aesthetic characteristics, now combine its ebony-black colour with a satin-brushed titanium case. Innovative features are also being introduced in the core collection, which for the first time welcomes a model with a ceramic dial.

Another key 2019 milestone is the reissue of the legendary Blancpain Air Command chronograph, a 500-piece limited edition, which belongs to the select circle of legendary watches whose very rareness increases their appeal to collectors. While its creation remains something of a mystery and has generated a variety of stories, its military vocation is a certainty.

The 2019 edition exudes a style that is singularly faithful to that of the original. In keeping with its forerunner, intended at the time for pilots of the most modern aircraft of the era, it is equipped with a ratcheted "countdown" rotating bezel. Once set before flight, this feature enables instantaneous reading of the exact time when the fuel reserve is no longer sufficient for the plane to continue its trajectory.

The time scale of the bezel, as well as the dial hour markers and hands, are made of "old radium" type Super-LumiNova, reproducing the orange hue of the original chronograph indications. The model bears a 30-minute totaliser at 3 o’clock and a 12-hour counter at 9 o’clock, while a tachymeter scale running around the chapter ring indicates speeds based on a 1km distance. 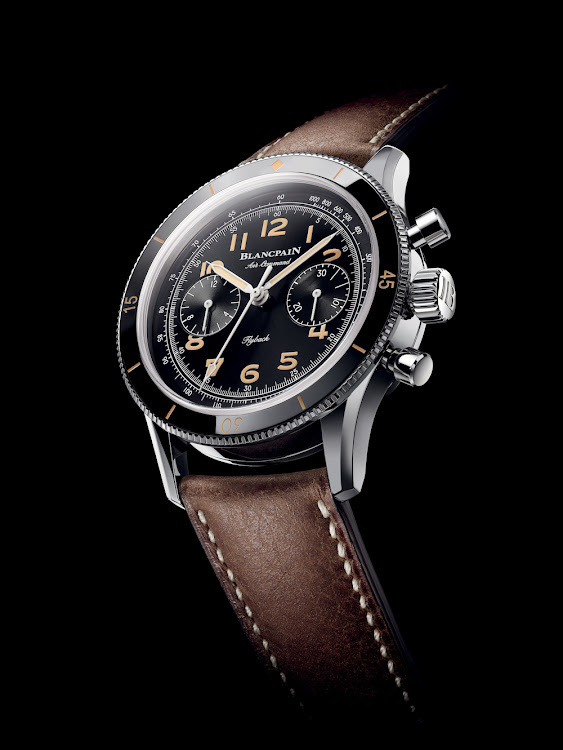 To enhance the readability of the information and accentuate the majestic nature of this collector’s watch, Blancpain has improved the dial opening compared with the original model. The face of the new Air Command is protected by a sapphire box-type crystal, a distinctive characteristic of the watches from this period that also appears on the back of the watch – a first for Blancpain.

The new Blancpain Air Command is powered by the F388B movement, whose high frequency of 5Hz is perfectly adapted to its functions, since it enables each second to be divided into 10th-of-a-second intervals. This high frequency ensures greater accuracy, especially when timing events. Another advantage of the F388B movement is a vertical clutch that provides the chronograph seconds hand with a smooth start, as well as optimally seamless stop and start functions.

It has a column-wheel system, which remains the exclusive preserve of high-end chronographs, particularly because it gives a velvety feel when starting or finishing a measurement and returning the hands to zero. The flyback function enables instantaneous zero-resetting and restarting.

From haute horlogerie to limited editions: seven watch trends of 2018

• This article was paid for by Blancpain.

Panerai and BRABUS keep it dark

Jewel of the future: Natural moissanite