In the minds of many people, Seiko is associated with futuristic- and sporty-looking quartz watches from the late 60s, early 70s, out-there style collaborations with the likes of Italian car designer Giorgetto Giugiaro and of course the ‘quartz crisis’ blamed for the near-death of the Swiss watch industry. I intentionally use these references to briefly tell the story of this fine mechanical watch manufacture from Japan who remained relevant by keeping an eye on the future while the Swiss remained far too complacent. 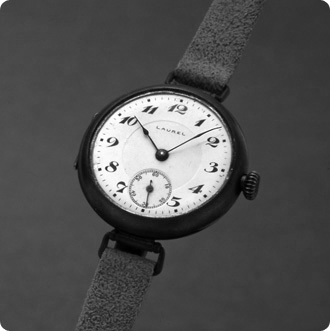 Besides many industry firsts in the world of hi-tech, Seiko have also been making mechanical watches since 1895. From 1910, under the direction of founder Kintaro Hattori, they had manufactured their own balance springs and in 1913 released the first Japanese-made wristwatch, ‘The Laurel’ with its 'Breguet' numerals and pocket watch case. They also won all the chronometer competitions for precision in Japan in the 1950’s as well as two in Europe, which earned them international recognition.

With all their components designed and made in-house, the company decided to launch the Grand Seiko in 1960, "designed to compete with the best in the world". Today the Grand Seiko brand is run independently of Seiko and due to its huge cult following, this year they decided to expand the range of these highly sought after, elegant timepieces and make them more accessible outside of Japan. Although the featured pieces at Baselworld this year are essentially reissues, there are three limited editions in steel, gold, and platinum. At 38mm, they are slightly bigger than the original 36mm watch on which they are based and are powered by the hand-wound Grand Seiko caliber 9S64. 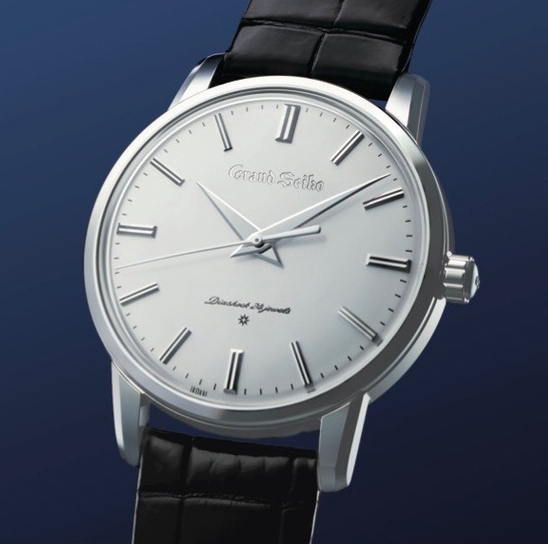 This year Seiko is also celebrating its first diver’s watch with the Prospex re-creation of the 1965 classic, faithful to the original design but totally up-to-date in its technology and functions using the automatic Caliber 8L35. The choice of professionals, this was Japan’s first diver’s watch and over the years has inspired the development of many innovative diver models that established more world-firsts for the brand. 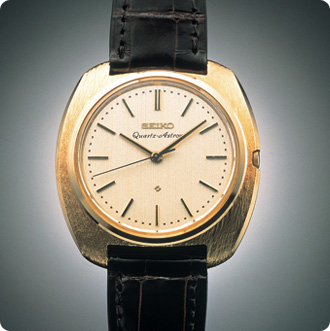 New technology gave hope for a more exciting, brighter future. Back then, old stuff like mechanical watches was for old people and the previously unimaginable now looked like it was within reach. In 1969 Seiko established another two industry milestones with its caliber 6139, the first automatic chronograph and most noteworthy at the time, it introduced the first quartz wristwatch to the world.

The Quartz ‘Astron' 35SQ was based on a quartz crystal oscillator and the company is reported to have sold 100 gold models in a week for 450000 yen each (R54000) — the price of a mid-sized car. Boasting accuracy to 0.2 seconds per day, 5 seconds per month, or one minute per year, this was to be the first of many to embrace the new technology.

Channelling the master polymath himself, IWC Schaffhausen’s Leonardo-inspired timepieces have revisited the aesthetic of their 80s Da Vinci range ...
Watches & Jewellery
5 years ago

Futuristic, concept gadgets glamorized in Bond films would now make it to market quicker than before and Seiko had them lined up. The first 6-digit (1973) and multi-function LCD (1975) quartz watches were by Seiko as was the first 'TV watch', which according to the company had a memory for up to 2000 characters, capable of storing telephone numbers and addresses as well as a diary or schedule for up to a month, marking the dawn of portable computer devices. 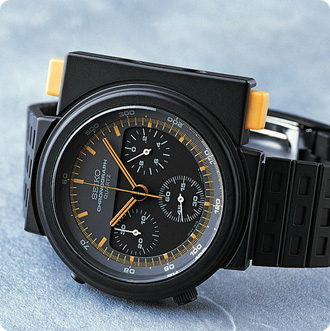 Combining their skill with quartz and that of chronograph watchmaking Seiko created the world's first analog quartz chronograph 7A28-7009 in 1983. Designed by celebrated Italian car designer Giorgetto Giugiaro this watch also featured on the wrist of Sigourney Weaver as Ellen Ripley in James Cameron's 'Aliens' film in 1986.

Technology is so fast-tracked today that it is almost impossible to image a time when a calculator on your wrist was space-age. Now hybrid vehicles almost seem old-fashioned. We have Formula E and soon electric and autonomous vehicles will be the norm. But turn your watches back only a few years to 1999 and imagine how advanced Seiko’s revolutionary ‘Spring Drive’ must have seemed to the industry. To purists, probably horrifying. The watch world’s version of a hybrid car, Seiko created a luxury mechanical watch with one second a day accuracy by introducing the benefits of quartz to a mechanical timepiece. By replacing the ‘critical’ component of the mechanical movement, the escapement, with a ‘tri-synchro regulator’ they have a beautiful automatic, almost completely mechanical movement that is extremely accurate.

In 2012, the company introduced the first GPS receiver in a watch that can identify time zones. The Astron GPS Solar, like the first quartz watch, introduced a new age of technology. Arriving in September this year, the GPS Solar Big-Date will feature the familiar caliber 8X42, which adjusts automatically to wherever we are in the world using the power of light. It also features the big date window and a dual-time dial at the 6 o’clock. 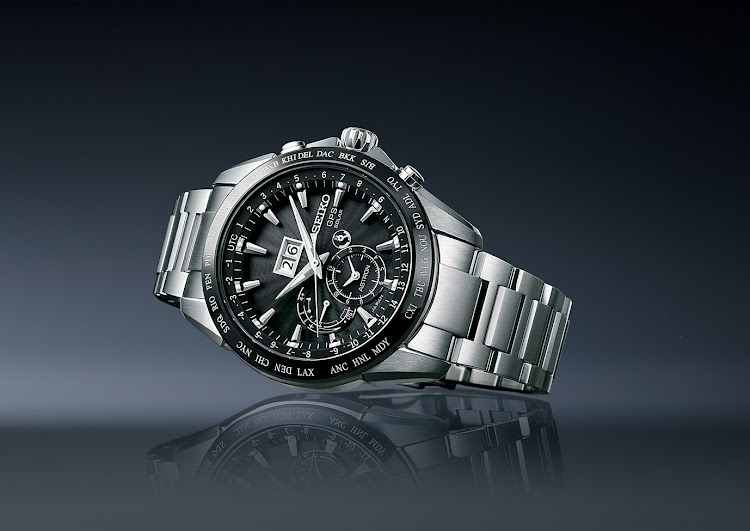