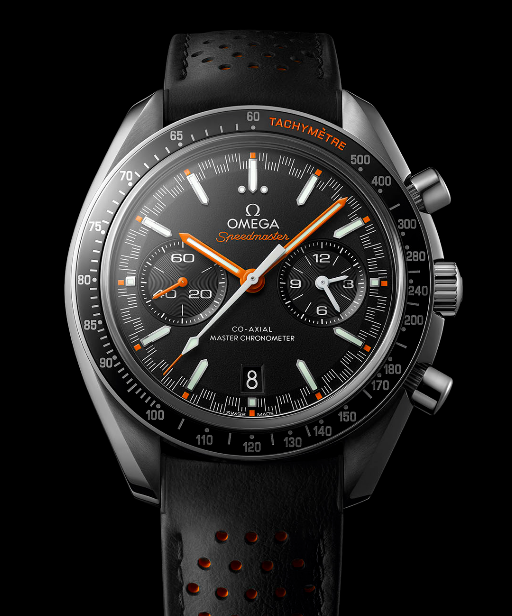 In most minds, the legacy of the Omega Speedmaster is associated largely with space exploration, however, recording speed on the race track is at the heart of its creation and functionality.

In the late 1950s all eyes where on rockets and journeys into outer space and the world was also getting smaller with the first commercial jet airliners creating the new global citizens. These new jet-setters aspired to updating their lives appropriately with home appliances, accessories and cars that reflected the change of pace, this idea of speed. Stock car racing was also becoming more popular, giving everyone access to the track and manufacturers responded by building special edition high-performance production cars. Movie stars where also bringing their brand of cool style to the scene. 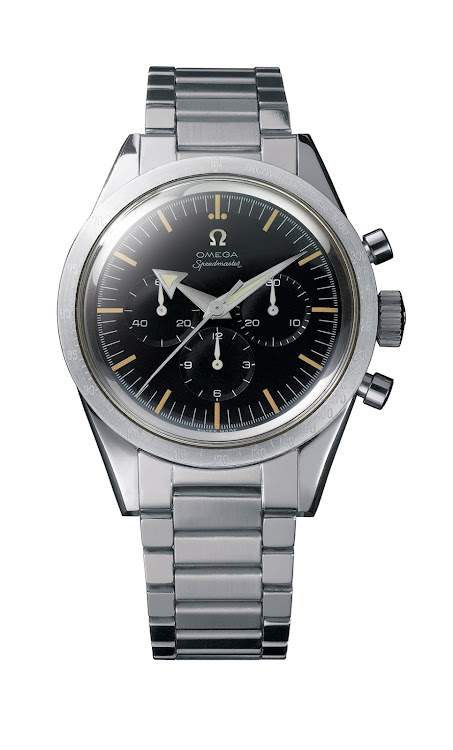 The original Speedmaster 'Broad Arrow' was created in 1957 and was so named because of its distinctive hands. It is not only one of the most iconic chronographs, it was the first chronograph wristwatch with its tachymeter scale engraved on the bezel — a feature designed for the benefit of racing drivers.

However, when it comes to speed, I’m sure there’s nothing quite as exhilarating as jetting off to the moon. Two years later, a second version was released with a black aluminium bezel, lollipop seconds hands for Air Force orders and 'Alpha' style hour and minute hands for better legibility. It was also the first to be worn in space on the wrist of Walter Schirra on October 3, 1962. Like its predecessor, it featured the highly collectable Calibre 321 movement.

In 1963, the third generation was the first watch to pass NASA’s strict testing and was worn on Gemini and Apollo missions. This watch was strapped to astronaut Ed White when he made his spacewalk on June 3, 1965, and featuring its simplified calibre 861 was worn by Neil Armstrong and Buzz Aldrin when they took their giant leaps on the lunar surface in 1969.

In 1964, the distinctive twisted lugs where introduced, which allowed for an asymmetric case that in turn protects the crown and pushers. 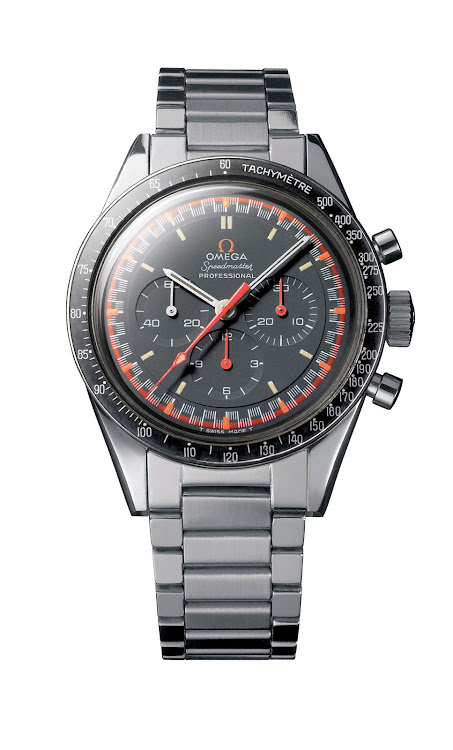 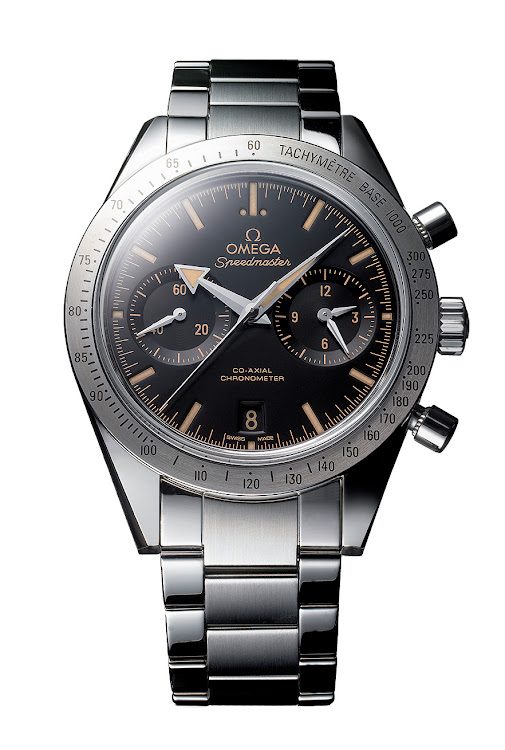 Although Omega did introduce the Speedmaster ’57 in 2015 as a salute to its ancestor, it's the 2017 Racing Master Chronometer with 44.25mm case on leather and perforated orange rubber strap that gets my attention. Referencing a particularly rare racing dial from 1968 with its distinctive bicolor track-style minute markers, orange baton hands and logo, its motor racing heritage is revealed this time with a matt black dial featuring orange markings and bevelled 18K white gold arrowhead indexes. Its polished ceramic bezel has a brushed Liquidmetal tachymeter scale for perfect legibility. It is powered by the METAS (Swiss Federal Institute of Metrology ) approved automatic-winding calibre 9900 with a column wheel mechanism and Omega’s revolutionary Co-Axial escapement. (Launched in 1999, the escapement first featured in the 2005 Speedmaster Calibre 3603 GMT). 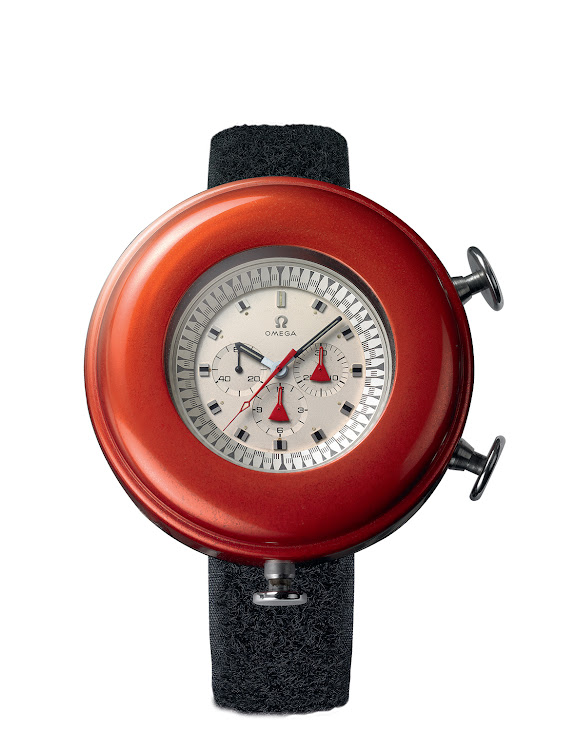 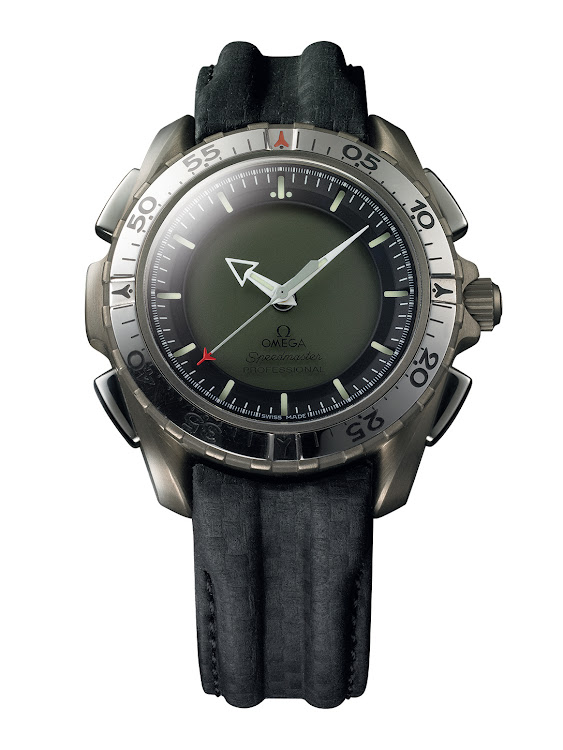 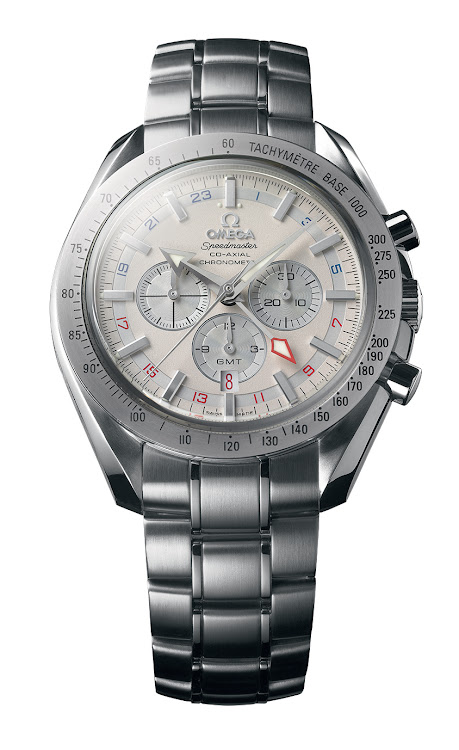 There are more model variations than there are years in the life of this iconic wristwatch and even with the odd adventurous deviations in style — most notably the Alaska and X33 — all Speedmasters remain true to the DNA of the original watch.