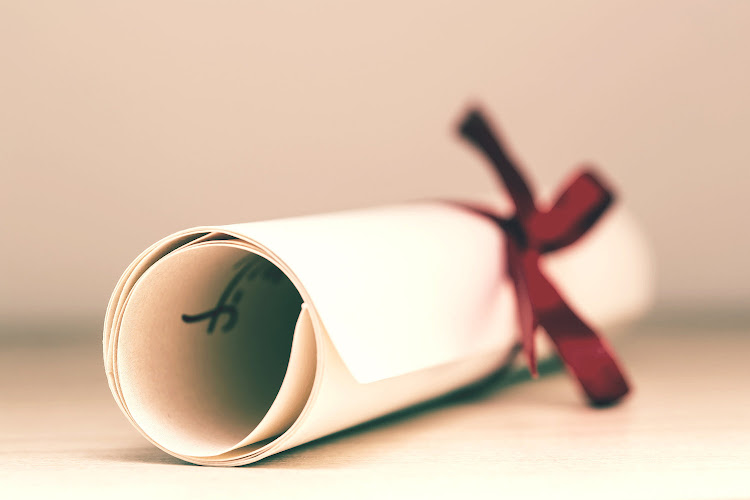 We need a new script for excellence.
Image: 123rf.com/Radub

It started in the coffee shop. You may have your own scene — selecting the right bread, choosing the correct wine to pair with dinner — but this is my story of dissent.

It started there because choosing what to buy in a coffee shop brings out a rank anxiety in me. This is not a rant about choice. Choice is marvellous. The alternative is horrendous. But with choice comes the fear that I will choose something terrible. Coffee, as with all things we consume for enjoyment, must be excellent.

If I were to choose a bad coffee, the fault would be mine. Naturally, rather than deliberating over a number of equally mysterious alternatives, I could ask for a recommendation from the barista, placing my fate in the hands of a qualified representative of the product I was purchasing. But then it would be his excellence being affirmed, not mine. The ritual of choosing coffee in that moment feels like nothing less than a profession of expertise at life. It says that all the decisions you make from then on will be of the same order of excellence. I felt that if I failed at this task and ended up with a cup of steaming dishwater, it would be my fault. If it was my fault, then the failure would be a microcosmic illustration of greater and more serious failings on my part.

From our earliest days, we are exhorted to work towards excellence. It’s chest-puffery drawn from the specialised world of competitive sports into public life. The script tells us that excellence is the result of hard work. Being susceptible to the allure of praise and acknowledgement, the logic we extract from this dictum is that if we work hard, we will achieve success, be lauded by our peers, and cheered on by our loved ones.

FREE TO READ | On excellence: This August, Wanted honours our cultural ambassadors on the global stage

As we celebrate South African prowess in the arts, literature and architecture, we reimagine the meaning of excellence in a new society
Voices
5 months ago

One ought to ask what excellence really means. One answer is that excellence belongs to the order of appraisal; it assumes with mono-directional conviction that the results of your work will be quantifiable, and that there will be a point where we can declare that we have achieved the objective, even though that objective is constantly shifting. There is always a better car, a nicer watch, a more impressive house to come.

Not to worry. Conventional models of aspirational living say that if you define your goals in personal terms, you are, in fact, still being excellent. There is no corner of life where you are not urged towards the pursuit of excellence. It turns us into our own managers and insists that we are ultimately responsible for our success or failure. The fact that excellence is never clearly defined is what makes it so easily applicable: think of motivational posters, and how meaningless they become if you read them properly. The vagueness is the point. Of course, this is why excellence has found such great purchase in the professional arena, where it provides great filler for mission statements. Excellence proposes itself as a kind of abstraction that can be used to measure the performance of very different objects. But since all of us have very different life experiences informing what we do in the world, the abstraction required to fit into a model of excellence becomes almost laughably arbitrary.

I see this everywhere in society: workshops, seminars, and countless books on how to master new skills, perform existing tasks in your own life with the excellence of an American marine (this seems to consist of waking up at an hour disruptive to the rest of your household), or approach your business life in the manner of a tax-dodging venture capitalist. But if you’re not planning to overthrow a country or fly to space in your own rocket, how will these models of excellence have any application to your life? And is it really satisfying to live as a locust does, endlessly accumulating and moving onto the next thing until death? How can such a generalised idea of excellence work when very real and often quite specific factors stop you, thwart you or hold you back? When you think of it this way, excellence becomes a kind of fundamentalism, and fundamentalisms are wholly inadequate models for living life.

Coffee, as with all things we consume for enjoyment, must be excellent.

Excellence, then, is not an accommodating idea for everyone. It’s an inflexibly absolutist model of the world, like all dogmas. And if you don’t accept dogmatic truths anywhere in life (imagine being told that a particular watch brand is the best, or that you should only wear purple), then why should you accept it when it comes to how you direct your life’s purpose?

The pandemic, for all its very real and calamitous consequences, has also incited people to think about the status quo and the deprivations it wreaks on the spirit. A year-and-a-half into a situation that shows no sign of being alleviated anytime soon, I find excellence increasingly difficult to invest in because it seems grounded in a sentimental idea of the world as a place where one can, through the force of one’s spirit, surmount every challenge and defeat every obstacle. This is the world according to the risible Ayn Rand (the Jordan Peterson of early 20th-century literature), where drowning is the result of your failure to swim and not the intractability of circumstance. Such sociopathic thinking ignores how the inequities that underpin society — think of the urban violence we witnessed in KwaZulu-Natal and Gauteng — entangle us collectively even as we would wish to disassociate from them.

The horrors of our new century — a gallery that includes Marikana, the killings that triggered Black Lives Matter, rampant food and water insecurity, and other shameful scenes — have exposed how wrongheaded it is to imagine that anything can be generalised about our experiences. When moronic people tell us that “we all have the same 24 hours”, it’s easy to ignore the chasmic difference between our various 24 hours. My 24 hours are certainly not the same as the 24 hours of someone who doesn’t know where their next meal may come from. I often despair for how little time I spend striving to be better at something, filling my hours with contemplating whether I should have bought the evil-but-effective dishwasher pods instead of the polite-but-feeble organic ones.

The traditional script for excellence would have me feel bad about my moments of idleness, but that script is one I’m finding harder and harder to keep to. Now that life has been turned on its head by the uncertain collective moment of anxiety we are inhabiting, excellence just isn’t the lure it used to be. What incitement is there to procure the best cup of coffee when a stranger’s unmasked cough might render all that work for nought? We’ve had the time to accustom ourselves to the ongoing emergency, which has made me realise that the pursuit of excellence involves a lot of unseen emotional labour. As the first year of the pandemic unfolded, I looked around me at what I was seeing: people putting up a brave front, mastering sourdough (once only the province of excellent professional bakers), laughing ruefully in Zoom meetings. Even calamities can be added to the register of excellence, depending on how well you prove your adaptability.

The traditional script for excellence would have me feel bad about my moments of idleness, but that script is one I’m finding harder and harder to keep to.

What I wasn’t seeing was anything that acknowledged the resources you needed to have to succeed at the strange competition the pandemic had become. Even as think-pieces started to appear about resilience in the face of pandemic fatigue, and workplaces rushed to absorb the often-vacuous language of self-care, the old ghost was still asserting itself: show us how you’re managing yourself! Secure your collapse and get back to living! So, I went looking for the people who were not performing their pandemic survival as a kind of gleeful boast. The results were daunting but gratifying. I found that there are indeed people who are not willing to recuperate not-being-okay as another quantifiable measure of personal success. When excellence too often feels like someone else’s random representation of how the world works, what is needed is a new script for living.

Rewriting the script takes time, naturally. I’m choosing to begin by treating myself with more compassion. I’m learning that the anxiety, guilt, despair, irritability, and other converging feelings that accompany life need not be personal failings reflecting a lack of ability. I’m making room for a more imaginative way of living in the world, one that doesn’t disregard excellence but chooses to expand what it means to fit around the unevenness that is life in the present. I make my own coffee most days. Sometimes it’s less than excellent. Such is life.

Shubnum Khan’s adventures of a lifetime, from travelling the world to having multiple identities on the internet
Voices
9 months ago

Looking for fresh perspectives for the new year? These are the experts in their field we think are worth paying attention to
Voices
11 months ago