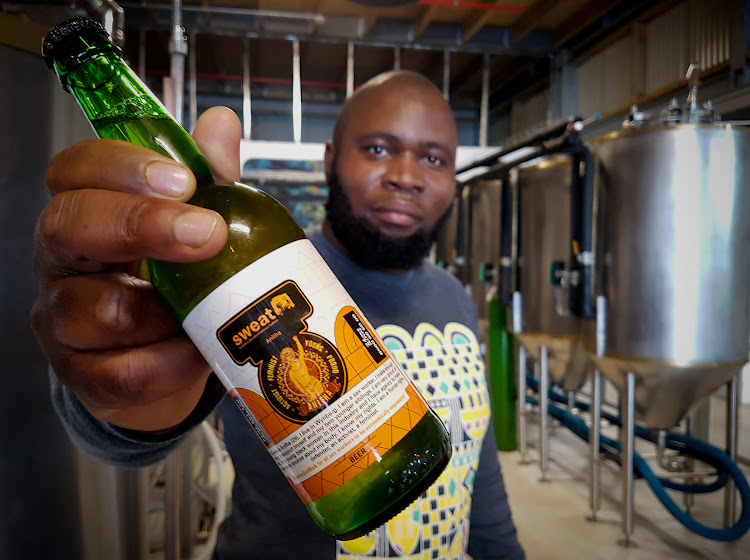 #SayHerName. That’s what craft brewer Lethu Tshabangu wants you to do when you pick up the special release of his Utywala Sorghum Saison this winter.

That name could be Thembi, a 40-year-old churchgoing mother of two who died while being chased by police. Perhaps 19-year-old Samantha, murdered while at work. Or Anitha, who sees clients to support herself and two younger siblings. Many names, but one thing in common — they are all sex workers who suffered, and continue to suffer, because their work remains a crime under law.

But, in a co-lab with the Sex Workers Education and Advocacy Taskforce (SWEAT), Tshabangu is doing his bit to change that.

“It’s a conversation that began on my podcast, which brings conversations with ordinary people to create a relationship between people and craft beer,” explains Tshabangu, founder of Ukhamba Beerworx, Cape Town’s first black-owned craft brewery. “On one episode we had ladies from SWEAT, and they really educated me about sex work and the struggles they face. I realised I’m ignorant on the topic because we don’t talk about it. We have mastered the art of acting as if sex work doesn’t exist. And sex workers are struggling because of it.”

To bring that conversation into the open Tshabangu has released the SWEAT Limited Edition of his flagship beer, uniquely labelled with the real-life experiences of sex workers.

“It’s about humanising sex workers,” he says. “I wanted to do my part to bring awareness, so when people drink the beer and hold the bottle they realise that sex workers have names, they have lives, and they have families.”

“We had so many stories to choose from, and though the names have been changed, these are real stories. And they are each so painful,” explains Zandile Mbabaza, advocacy worker at SWEAT, which has campaigned for the rights of sex workers, and decriminalisation , since 1994. “The idea is that people will read these stories and see that sex workers are real people, they’re human.”

Hipster-friendly craft beer and sex work may seem poles apart, but the two are often intimately entwined, says Tshabangu.  “Many people meet sex workers in bars or in clubs, where they might be sharing a beer. So alcohol is a key part of that process. By sharing these stories we want to evoke empathy, so people will understand sex workers are fighting for their rights. The more you understand people, the more compassion you feel for them. So many times the stigma just comes from a lack of understanding.” 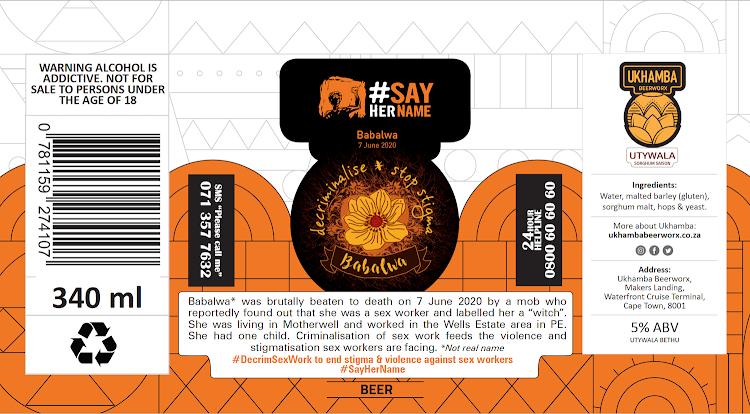 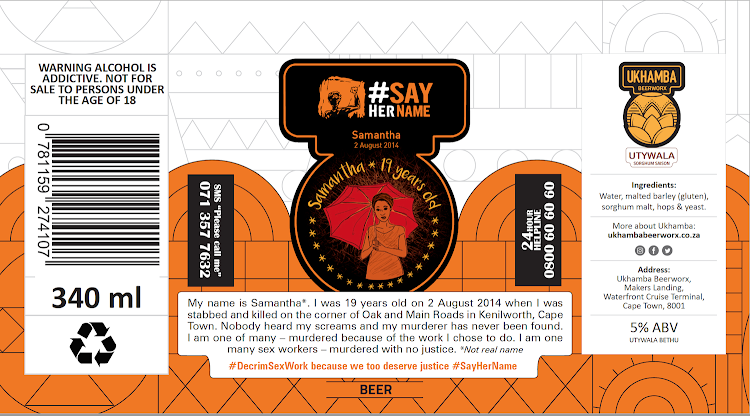 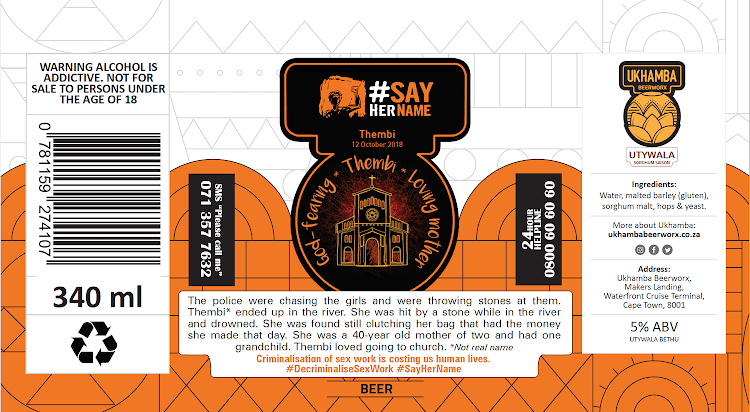 It’s fitting too that Tshabangu chose his innovative Utywala Sorghum Saison beer for this collaboration.

In this flagship brew Tshabangu blends Belgian Saison yeasts with sorghum malt — a key ingredient in traditional African umqombothi beer — to fashion a fragrant farmhouse ale with an African twist.

“Umqombothi would traditionally be drunk in a circle, while you have important discussions,” he explains. “It’s what we want people to do with this beer. To sit, have a beer and talk about this issue.”

For now there are 130 cases of the SWEAT Limited Edition Utywala bottled and labelled, available online (for nationwide delivery) and via selected retailers. It’s even discounted in price, because “we want to get as many people as possible to hold that bottle, and to read those stories,” says Tshabangu.

What’s more, all proceeds from the sale of the SWEAT Limited Edition Utywala will be donated to SWEAT to further their advocacy work.

For theirs is the hard work. All we have to do to support it is crack open a cold one, raise a glass, and #SayHerName.

Societal demands placed on men are unrealistic and dangerous, the writer says, yet the gaps in her argument are hard to ignore
Voices
1 year ago
Next Article
© Wanted 2022 - If you would like to reproduce this article please email us.