Deal or no deal? Brexit, the never-ending story 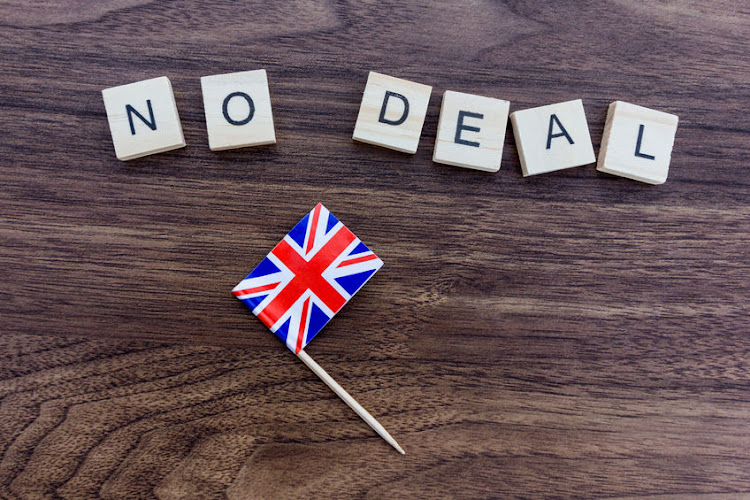 At the time of writing, a no-deal Brexit is suddenly back on.
Image: 123RF / annieeagle

When is it a good time to sabotage your economy? Perhaps the middle of a pandemic is as fine as any. For once, I’m not thinking exclusively about South Africa, although in this instance, it’s a question that could easily have been posed about this country too.

After all, we have just recorded our biggest ever quarterly decline in GDP, which really brought home the real-life impact of the Covid-19 pandemic and the lockdown. Yet, the conversation seems to have hardly moved an inch. People are still actively debating novel ideas such as nationalising the Reserve Bank or even forming new state-owned companies.

In the midst of the worst economic crisis in about a century, with the country’s finances in such a dire state that anyone you care to ask believes the country will go completely bankrupt in a few years — possibly being thrown out of capital markets — there are still people who think the best way to dig ourselves out of this hole is to do further harm to the country’s prospects by damaging investor confidence and its reputation.

The game changer is that the UK is (or was?) ruled by a group that truly believe they can reshape society by breaking it
Voices
2 years ago

Beyond all that, I am really thinking about the UK and the never-ending Brexit saga. It’s a story that just refuses to go away. About a year ago, I speculated in these pages about the prospects of that country crashing out of the EU without a replacement trade deal. In those days Theresa May was prime minister. She negotiated a withdrawal agreement with the EU that some in her own party wouldn’t accept.

Eventually she was forced out and replaced by Boris Johnson, one of the loudest critics of her “sellout” compromise. In a move that would have been predicted by anyone except the most hardcore Brexit supporters, he then went on to largely copy and paste her deal and strike an agreement with the EU.

Only the bit that was his was far worse than anything she had done. The UK agreed to have Northern Ireland continue to enforce the EU’s customs rules, while the rest of the country will not. The big issue with this was also obvious — ultimately it paves the way for Irish reunification while leaving Scotland aggrieved at not getting the same arrangement to enable it to essentially stay in the EU single market.

But Johnson managed to sell this as a win, and went on to win an election on the back of it, having managed to avoid proper parliamentary scrutiny. In January, Brexit happened. Or so we thought. Eight months later, and he disowned the legally binding deal he had claimed so much credit for. As I write this now, in 2020, a no-deal Brexit that will disrupt the economy at a time when it needs it the least is suddenly back on.

With the economy set to contract by numbers that would have been scarcely believable before March, the calculation might be that it’s actually a good time to follow your ideological fantasies. It’s hardly likely that, in the short term, voters will hold you accountable for a few extra percentage points of decline in GDP, and if they try, you can just blame the pandemic.

Who knows how this ends — capitulation is more likely if history is a guide, but it’s not a good governance model to follow. Let’s hope we can avoid it.

• Mnyanda is the editor of Business Day

The past few months have been rather testing for South African's, but one has to find a reason, from time to time, to be optimistic — or else the ...
Voices
1 year ago